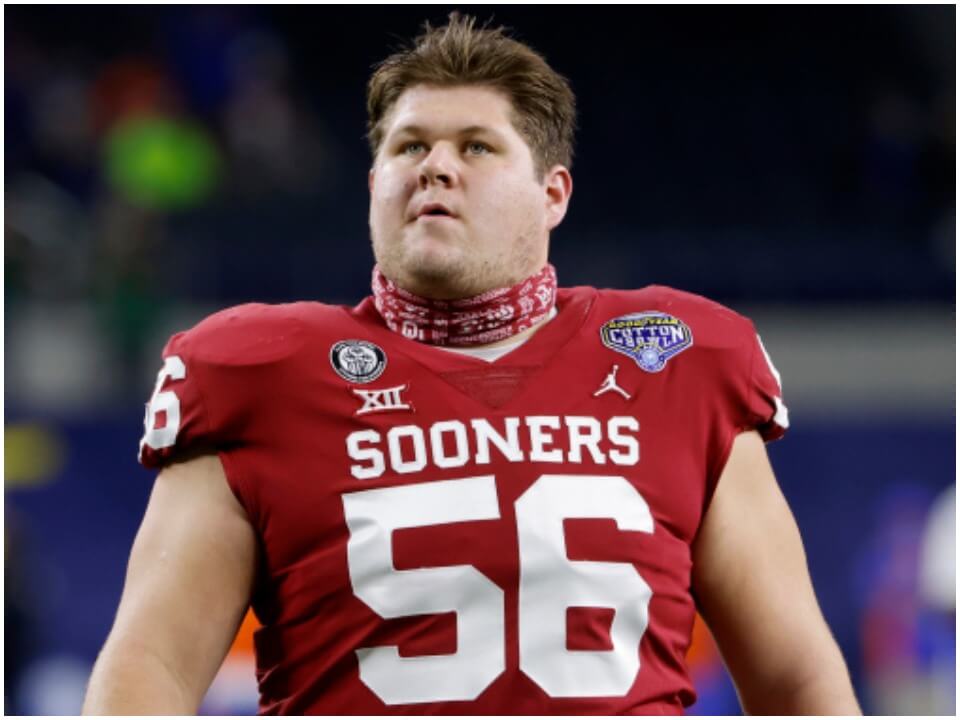 Creed Humphrey is a young and talented American Footballer and will be soon seen in action for the Kansas City Chiefs in upcoming NFL games. The position he plays is at the Centre. He has introduced his mom and dad to the Dream Champion Award and has played football at The University of Oklahoma. His Twitter account has 25.1 thousand followers.

Creed was born on 28th June 1999 in Shawnee, Oklahoma, United States of America. The names of his parents are Melisa and Chad Humphrey. His sibling’s information has not been shared with the media yet. He used to be very athletic and active in sports games during his childhood. Creed went to Shawnee High School and played American Football. For his further and higher studies, he went to the University of Oklahoma where he again decided to play Football. He wanted to build his career in playing American Football so he trained well.

During his high school days, he participated in various competitions and played against various teams. In 2017 he played in US Army All American Game. As he played very well and won many recognitions, he received various scholarship offers from programs like Alabama, Texas A&M, Texas, Oklahoma State, Vanderbilt, and Virginia Tech.

He began his college career in 2017 where he was given a redshirt. Next year he played 14 games with 12 starts. He played against many teams and received an opportunity to play in The Big 12 Conference. Recently he has been declared eligible for the NFL Draft 2021. According to sources he was selected by Kansas City with 63rd overall pick. He might give an interview and will be focused on the upcoming matches. Along with that, he updates his fans by using social media account.

According to sources Creed is currently single. The details about his past and current information have not been shared with the media yet. He likes to be focused on his game and stays away from distractions. His quality time is spent with his friends and family.

Creed has earned a lot from his NFL career and has participated in various competitions. According to sources, the details about his net worth have not been shared with the media yet. The other sources of his income are from sponsors and by attending various events.