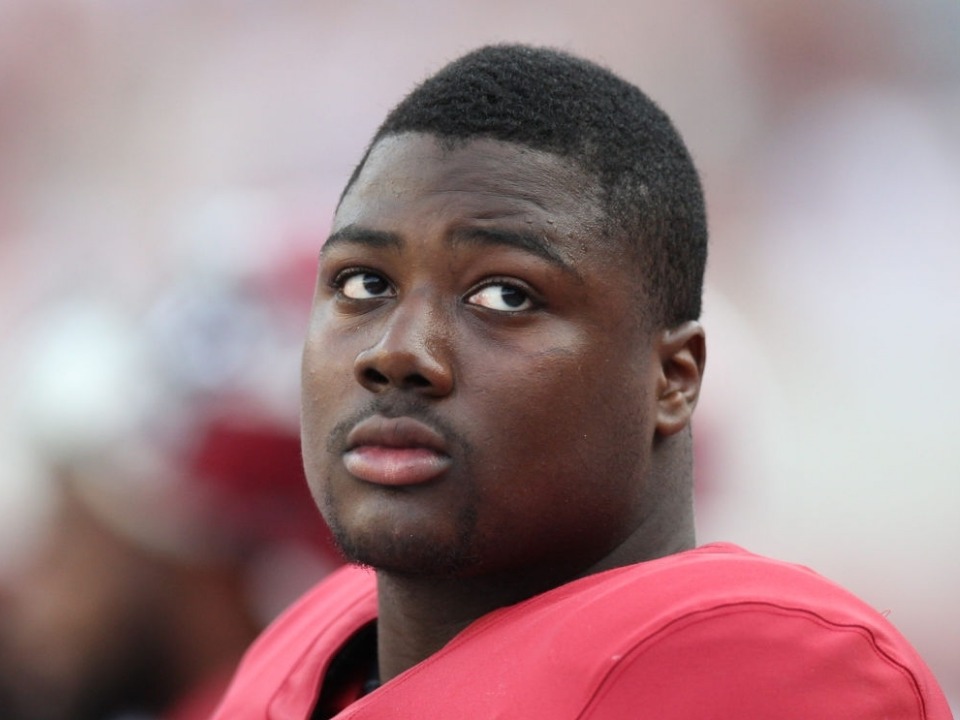 The most talented American football tackle, Christian Barmore, presented himself in the New England Patriots of the National Football League. Prior to that, he used to play collegiate football as a defensive tackle at the University of Alabama. Knowing his sporting spirit and watching him play fantastically on the grounds, the Patriots drafted him in the 2021 NFL Draft.

The most authentic player, Christian Barmore was born on 28th July 1999 and was raised in Philadelphia, Pennsylvania. He never revealed any information regarding his family as he appears to be reserved about his family history. However, it seems that the player got the wholehearted support of his family to pursue his professional career in football. Besides football, judging by his Instagram profile, the athlete seems to be a big fan of Muhammad Ali.

Barmore studied at Abraham Lincoln High School as a freshman. Later he shifted to Saints John Neumann and Maria Goretti Catholic High School. He could have played for Temple Owl Football Team but ultimately got committed to play at Alabama over offers from Baylor, Florida, Georgia, and LSU.

Christian started his professional journey as a footballer, while he attended high school. While playing for his high school, he helped lead his team to an 11-1 record and won the trip directly to the state quarterfinals. He got coached by Albie Crosby at Neumann Goretti. He was declared as one of the top defensive linemen nationally. In 2018, in his freshman year, he got redshirted following his first season with Crimson Tide. In 2019, as a redshirt freshman, he provided depth along the Alabama front and recorded a total of 26 tackles, 6 for loss and 2 sacks, 5 quarterback pressures, and 2 pass breakups.

After beating all the records, he got picked as a defensive player of the week by the UA coaches for his play against Western Carolina and at Auburn. At Michigan, he made an impact upfront against the Wolverines and scored 2 tackles and added a pass breakup and quarterback hurry. Later in his Sophomore year 2020, he recorded 37 tackles, including a team-high 8 sacks to rank 2nd in the SEC in that category. Fortunately, by his heart-wrenching efforts and determination, he got selected as the Defensive most valuable player in the 2021 college Football Playoff National Championship Game and was named one of the defensive players of the week by Alabama coaches for his play against Mississippi State and Notre Dame.

The player likes to keep his personal life ambiguous and away from media while sharing more about his sports career. He has never revealed any information regarding his girlfriend, so for the time being, we assume that he is single yet but soon will update after he finds his better half. The handsome hunk has raised the bars not only on the football grounds but also on the social media platform. The athlete enjoys around 25.6k followers on his Instagram handle @barmore_ and has earned around 17.6k followers on his Twitter account @Chris_Bmore4u.

The exquisite player is on his journey towards being the best of the rest and is expecting more. There is no data available regarding his net worth and assets as he appears to stay confidential about the information but it is highly known that he earns his fortune and is building up wealth by his professional football career and his mind-bending talent.