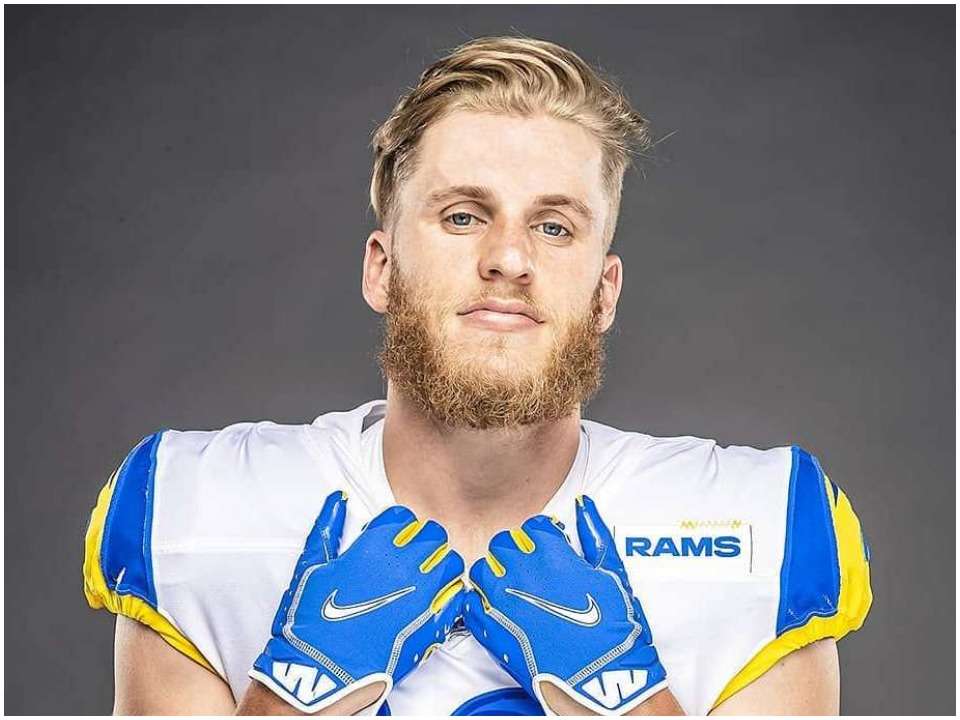 Cooper Kupp is an American Football player who plays at the wide receiver position for Los Angeles Rams team at NFL. He had a glorious college football record and also holds several NFL records as a professional.

Cooper was born on 15th June 1993 in Yakima, Washington, the USA to his parents Craig Kupp and Karin Kupp. He grew up with his sibling brother Ketner Kupp and has been playing football since he was a kid. His father Craig is a former quarterback and his brother is also signed with LA Rams. He grew up in a family of athletes as his grandfather was also a football player for the University of Washington. Cooper completed his high school education at Davis High School and graduated in 2012. He later went on to attend Eastern Washington University to continue his football career and his college education.

Cooper started his football career in high school where he was part of the school team and also earned his first 4A All-State honors as a defensive back. He finished his high school career with an excellent record and went on to join Eastern Washington University in 2012. In his freshman year of college, he set the national receiving record as well as the national freshman record for receiving 1691 touchdowns and 93 receptions. He received an honor of the All-Big Sky Conference first team and received the freshman of the year award. In his senior year of college, he broke several records and finished the season with 117 receptions. In 2017, he entered the senior Bowl after which he attended the NFL Scouting.

He was scouted by Los Angeles Rams and made his debut against Indianapolis Colts. In 2019, he maintained his form and ranked 89th in the NFL Top 100 Players. In 2020, he got injured and was played in the reserve Covid 19 list. Recently, in 2021 he set various records and received Pro Bowl and First-team All-Pro Honors. In a recent game, he caught a winning touchdown leading the team to win its second Lombardi trophy against Cincinnati Bengals and also became the game’s MVP. He also won the triple-crown and recorded one of the most incredible individual seasons at super Bowl LVI.

Cooper is currently active on Instagram and has a following of over 582k. He often posts pictures with his family, his trips and experiences, and about his career in football. Moreover, he is also active on Twitter where he has 134.6k followers.

Cooper is currently married to his wife Anna Croskrey. The two have been married since 2015 and also have two kids together. The couple first met in high school and dated for several years. They had their firstborn Cooper Jameson Kupp in July and their daughter Cypress Stellear Kupp was recently born in 2021. He is known to be a Christian by religion.

Cooper Kupp has been a professional football player for the past several years and has been earning a fortune of wealth through his career. He has earned various awards, records, and accolades and his net worth as of 2021 is estimated to be around $6million.