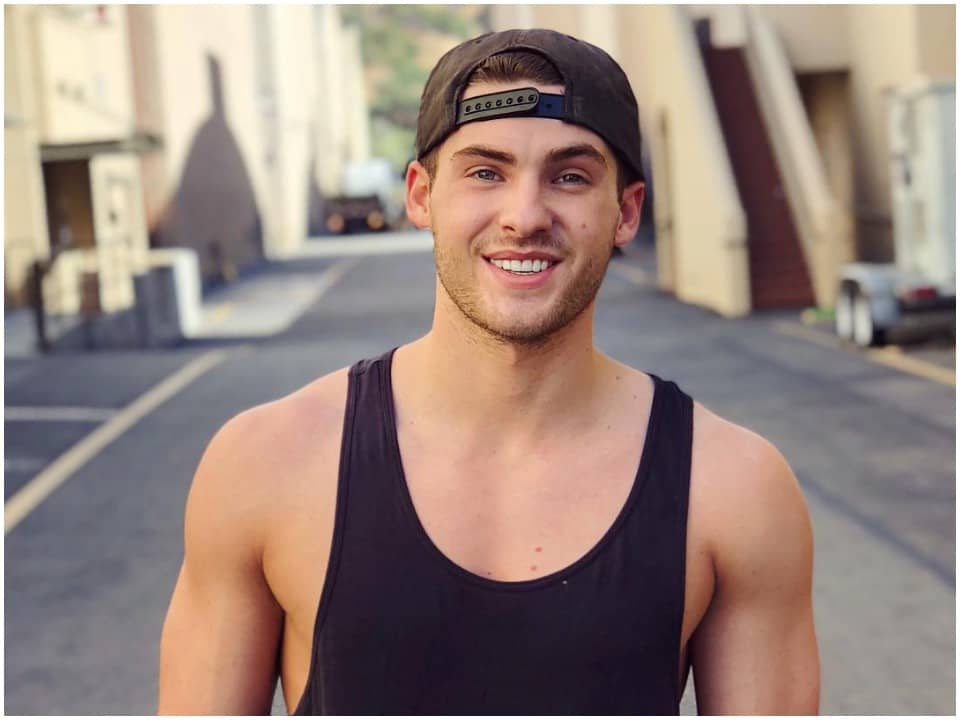 Cody Christian is an American award-winning Actor and musician famously known for his appearances infamous teen shows like Pretty little liars and Teen Wolf. He recently gave voice in the Final Fantasy VII remake game for which he earned a BAFTA game awards Nomination.

Cody Allen Christian was born on 15th April 1995 in Portland, Maine, USA. He was born to native American parents Ashley and Scott Boholl and is half Penobscot native and half white and he grew up in Maine. His family moved to Los Angles when he was 9 years old. Much is not known about his parents but it is known that this mother survived breast cancer and his father used to work in the Army. He is also known to have an older brother named Joshua.

Cody has not shared much about his education but he is believed to have completed his high school education from a local school in Los Angeles but the exact name of the school has not been shared. However, there are no reports available whether he attended any college or not.

Cody started his career in the year 2007 at the age of 12 and his debut role on television was in the show “State of mind” where he appeared in a small role. The same year, he appeared in an episode of “Back to you” and the following year in “true blood”. In 2010, he also appeared in an episode of the famous show “Grey’s Anatomy”. His breakthrough role came in the year 2010 when he starred in the Freeform show “Pretty Little Liars” in the role of Mike Montgomery throughout the six seasons of the show till 2015. He received a lot of recognition for the role as the show received a great audience worldwide.

After leaving the show in 2015, he signed up for the role of Theo Raekan in another teen fantasy show “Teen Wolf” where he appeared in the recurring role over seasons 5 and 6 of the show. Meanwhile, over the years he appeared in shows like “Lab Rats”, “body of proof”, “Austin and Ally’, “see dad run” and movies like “Surrogates”, “Kill the Irishman”, “the starving games”, “submerged” and “Assassination Nation”. He is currently a part of the show “All American” in the main role of Asher Adams which he started playing in the year 2018 and has since been part of the ad is all set to appear in season 3 of the show coming up this year in 2021.

He also started trying out his career in Music and started a Youtube channel in 2019 where he started uploading original rap singles which count up to 5 as of now namely Hills, Drippin, Almost, Blessed, and Vacation. In 2020, he gave his voice to the character Cloud Strife in the “Final Fantasy VII remake” game for which he also recently received a BAFTA games Award Nomination.  He is currently set to appear in the soon-to-be-released 2021 film “Notorious Nick” in the main role of Nick Newell.

Cody is currently believed to be in a relationship with Alexandra Swift. The two have been dating for the past three years but have not shared details about their relationship. He has earlier dated actor and singer Bella Thorne and was also associated with Talia Maxine. He is known to be a dog lover and also owns a pet black Labrador puppy.

Cody has been working as an actor for several years and has earned loads of wealth through his profession. He also adds to the income through his Youtube channel and through endorsements and advertisements. His net worth as of 2021 is estimated to be around $2million.

Cody is a talented actor who has traced a path of success over the years and has been part of several successful projects and has earned himself a name and identity. He has become a teen icon for years and is now on a path of many mature and creative projects. He is a great musician with a natural talent for raps and is also a versatile actor. We wish him all the luck for his upcoming film and future projects.