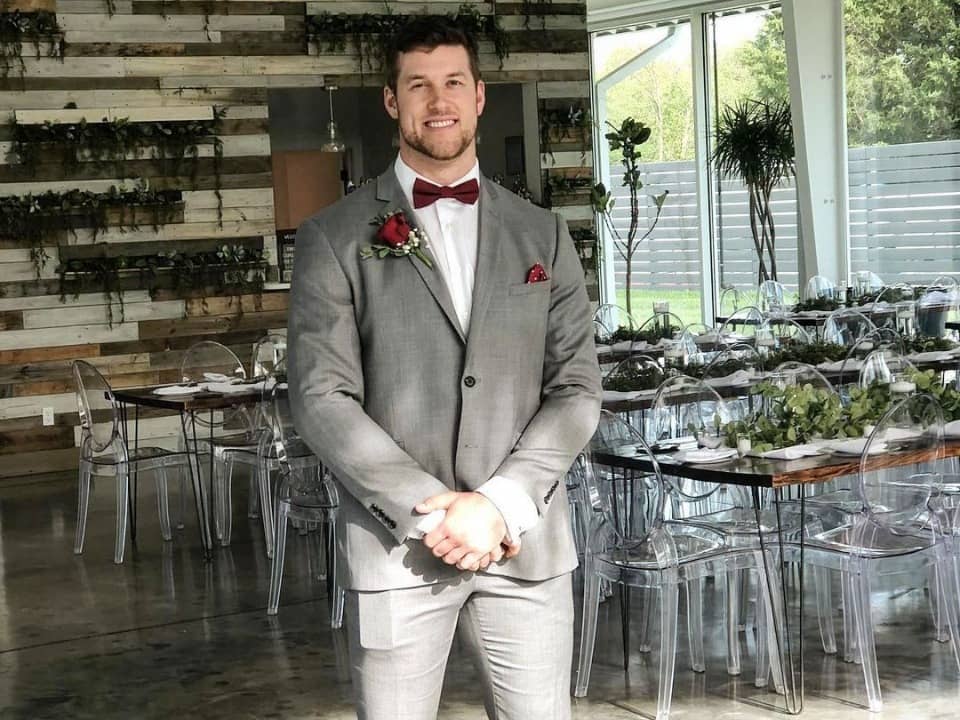 Clayton Echard is currently a trending name as he is the next Bachelor who will try to find his soulmate in The Bachelor which is set to premiere in October 2021. Apart from this, he is a former American Football player known to have played collegiate football for the University of Missouri and at the NFL with the Seattle Seahawks.

Clayton Echard was born on 29th April 1993 in  Missouri, USA. He grew up in a family of five including his two siblings brothers named Patrick and Nate. His mother’s name is Kelly Duff Echard and his father is Brian Echard who worked s a sales engineer for Ther-O-Dic.Inc. He was born in a white Christian family and is known to be really close with them.

Clayton is believed to have completed his high school education from a local school in Missouri after which he went on to pursue a college education from the University of Missouri. He earned his bachelor’s degree in Health Sciences, Spanish, and Business in 2015.  Currently, he is pursuing his MBA from Southeast Missouri State University for Health, Healthcare administration, and management.

Clayton started his career as a football player. He held great high school records and managed to get into the University of Missouri. He played at the tight end position in the team.  In 2016, he was selected in the team Seattle Seahawks at the National football league as a free agent. He practiced with the team for four pre-season but he was cut from the team along with 53 other players. Later, he decided to follow his career in health and business. He started working full-time as a sales associate in the sales department of Stryker Orthopedics in 2016.

In 2018, he became the Sales Representative for the company. He worked has been working at the position for the past three years and is still employed at the same job.  In 2021, he appeared in the 18th season of ABC’s reality show The Bachelorette where he was in the race to win Michelle Young’s heart. The show is set to premiere on television in October 2021. It is rumored that even though Clayton was unsuccessful in winning her heart, he won the hearts of the producers. His popularity among the producers and the team made them the lead prospect to become the next bachelor for the 26th season of the show “The Bachelor”.

Clayton is currently known to be single and is actively in search of love by participating in reality shows like the Bachelorette. He is known to be focused on his health and loves to spend his time working out. He is a great lover of hikes and going on biking rides and also maintains a healthy lifestyle. Clayton is not very active on social media platforms and seldom posts pictures. He has accounts on Instagram and Facebook where most of his pictures are dedicated to his friends and family. He currently has 15.8k followers on Instagram and 4476 on Facebook.

Clayton Echard has been working as orthopedic sales personnel for several years and has earned a lot through his profession. He also managed to earn a lot of wealth by appearing on the show The Bachelorette. His net worth as of 2021 is estimated to be around $2 million.