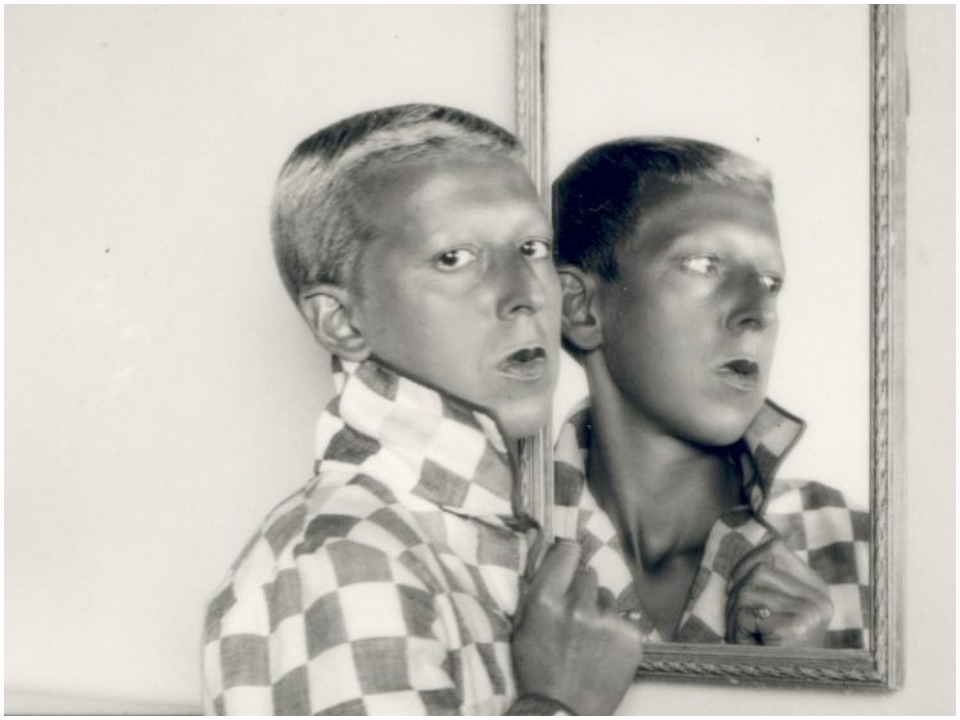 Claude Cahun was a French surrealist photographer, sculptor, and writer who challenged the basic norms of gender stereotypes and questions around sexuality in the early 20th century. She was born with the name Lucy Renee Mathilde Schwob who adopted the way she was in 1914. She was best known for being a writer and self-portraitist. Claude has shown some of her work in both political and personal fields. In her autobiography by the name “Disavowals”, she has written “Masculine? Feminine? It depends on the situation. Neutral is the only gender that suits me” During World War II, she was an active propagandist and a resistant worker too.

Claude Cahun was brought up in a Jewish family in 1894 in Nantes. Her relatives belonged to the great art of writing books. Marcel Schwob who was a French symbolist writer known for his best short stories of his time was his uncle and David Leon Cahun who was a famous French traveler and a writer of his time was his great-uncle. Cahun went to a private school named Parsons Mead School situated in Surrey after experiencing anti-Semitism at high school in Nantes. Later, she went to the University of Paris in Sorbonne.

Cahun was a writer, photographer, and theatre worker. She is mostly remembered because of her work of surrealism that incorporated visual aesthetics and self-portraits. During the 1920s, Cahun made lots of astonishing numbers of self-portraits in the guises such as a doll, vampire, angel, dandy, aviator, and Japanese puppet. Some of her artistry loos included the work like head shaved, elimination of body from the view and revealing only head and shoulders, blurring of gender indicators, and many more.

She portrayed a lot of artistry work in front of the audience which was based on gender presentation. Apart from making self-portraits, Cahun published many write-ups including “Heroines” (1925), Carrefour, 1930, and numerous other essays in magazines and journals. In 1932, she became a part of the association named des Écrivains et Artistes Révolutionnaires following which she was starred in many surrealistic exhibitions including the London International Surrealist Exhibition.

It was around 1914 when she started changing her name and began calling herself Claude Cahun. During the early 1920s, she settled in Paris with a lifelong partner and step-sibling named Suzanne Malherbe who was later called Marcel Moore. The two became the step-sibling when Cahun’s biological divorced father and Moore’s biological widowed mother married each other. This happened after Cahun and Moore got involved in a romantic and artistic relationship. For the rest of their life, Cahun and Moore started working on their collaborated projects like written works, sculptures, collages, and photomontages. The pair published many of their articles and novels and befriended Robert Desnos, Henri Michaux, and Pierre Morhange.

Claude Cahun was one of those personalities who never get into the depth of being a lady. She portrayed herself both in men and women styles and continued to act against sexuality and gender types. In the society of the 20th century when people had no words about changing their gender types, talking about sexuality, and when men were considered to be and women were considered to be women; Lucy Renee Mathilde Schwob called herself to be Claude Cahun. She chose the name because this could be referred to both men and women. Decades after her death, she got the recognition to be called in the work of historians, artists, bisexuals, gays, transgender, and queer community.