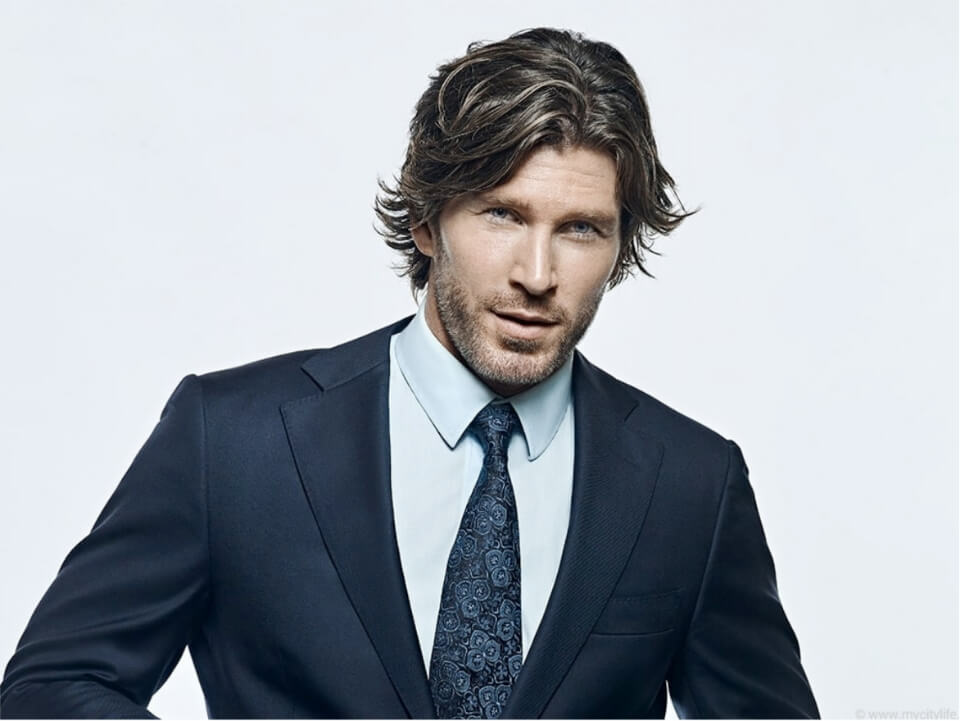 Christopher Russell is a Canadian actor famously known for his role as Lieutenant Milton Richter in the film Star Trek; Discovery and The Beauty and the Beast. The actor is also well-loved for playing wholesome roles in Hallmark channel films.

Christopher Russell was born on 8th January 1983 in Toronto, Canada to his Canadian parents whose names have not been shared. However, his parents hold British citizenship but Christopher spent his whole life in Canada. He was always interested in dramatics and also took part in plays during school. Christopher is believed to have completed his high school graduation from a local school in Toronto. He has not specifically mentioned any details about his qualifications or college but is believed to have attended college. He is also known to have been trained in Dramatics.

Christopher started his acting career early on during school where he used to take part in plays and theatre productions. He soon entered the industry and in 1995 he was offered his first-ever role in the film The Whispering. For the next few years, he only got minor roles or guest roles in films and TV shows like “Show me your” 2004, “Kevin Hill” 2004, “Sue Thomas” 2005, “beautiful people” 2005, “Land of the dead” 2005, “G spot” 2006, “Men in trees” 2007, “Supernatural” 2009 and many others. He also appeared in the series “The Beauty and the Beast” in the role of Noah Hawkes in 2013 and in the film “Star Trek: Discoveries” in the role of Lieutenant Milton Richtor in 2017.

Other than this, he gave significant performances in “Good Witch” 2016, “My Perfect Romance” 2018, and “Van Helsing” among many others. Christopher got his career graph up after he started appearing in Hallmark channel films which are famous for being sweet, wholesome, and Christmas-themed. Some of his famous hallmark films include “Wedding Bells”, “A dream of Christmas”, “Love in Forecast”, “The Mistletoe secret”, “Love and Glamping”, “Warming up to you”, and many others. Recently this year, he worked in films including “Where your Heart belongs “as Dylan, “Love on Fire” as Mo Wagner, “Yellowstone Romance” as Travis, and “The most colorful time of the year” in the role of Ryan.

Christopher Russell married Tailor James who is a model by profession. The couple started dating in 2004 and got married a few years later. They first met when they were 21 years old and dated for a long time before getting married. They are also parents to two kids and had their first daughter in the year 2013 while their son was born in 2015.

Christopher is highly active on social media and currently has 38.9k followers on his Instagram account. He loves to share posts about his life experiences, family, and pictures with loved ones. Other than this, he is known to have a Facebook account with around 2.1k followers.

Christopher Russell has been acting since the late 1990 and has had a stable acting career since the 2010s. He earned his income through acting and is believed to earn a handsome income. His net worth can be estimated to be around $1.6 million as of 2022.