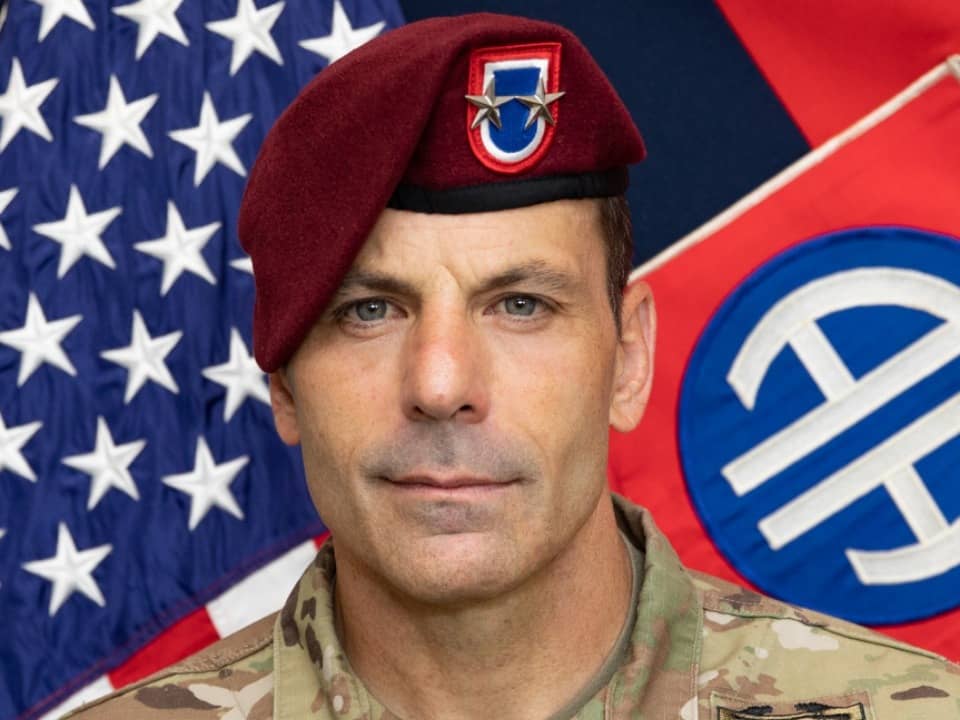 Christopher Donahue is a two-star general in the United States Army who now commands the 82nd Airborne Division at Fort Bragg, North Carolina. Donahue was the last American service member to leave Afghanistan on August 30, 2021, as part of the American withdrawal from the country. During his career, Donahue held staff and command positions in both US Army and Special Operations groups. He is in service since 1992. In addition, he has garnered numerous accolades in his industry. Donahue fought many wars against many nations. He is once again in the news because of the war against Afghanistan and his role as a major general.

Christopher Todd Donahue was born in the United States of America on August 13, 1969. In 1992, he graduated from the United States Military Academy in West Point, New York, and was commissioned as a second lieutenant in the Infantry Branch.

Donahue joined the 2nd Battalion, 75th Ranger Regiment in 1998 as an assistant operations officer, rifle company commander, and headquarters company commander. He was later posted to the Chairman of the Joint Chiefs of Staff as Special Assistant. Donahue volunteered for and completed a rigorous selection and operator training school in 2002 in order to be assigned to the Army’s 1st Special Forces Operational Detachment – Delta, also known as Delta Force, at Fort Bragg. He has been a part of many wars and battles such as the Afghanistan war, the Iraq war, Operation Inherent Resolve. On August 30, 2021, he was the final American soldier to leave Afghanistan, marking the end of Operation Allies Refuge, the evacuation from Afghanistan in 2021, and the withdrawal of US troops from Afghanistan.

The US war in Afghanistan, which lasted 20 years, has come to an end. Christopher Donahue, a two-star general with 30 years of service in the Army, has been identified as the last American soldier to board a jet out of Kabul Airport. President Joe Biden’s deadline was met when a huge C-17 cargo plane carrying troops and the US envoy took out from Kabul airport just before midnight local time on August 31. The sound of celebratory gunshots echoed over Kabul as Taliban forces took control of the airport. Donahue’s departure brought to a close his own participation in a military operation that began just after hijacked planes smashed into the World Trade Centre.

According to Military Times, Donahue was posted to the Pentagon as a young staffer but was on Capitol Hill with Air Force General. As the attack proceeded, Richard Myers, then vice chairman of the Joint Chiefs of Staff, looked on. He eventually went on to lead a secretive Delta Force counter-terrorism squadron in Afghanistan Military. The photographs also bear a striking resemblance to how the war looked from the perspective of US troops fighting over two decades, frequently in the dark. Commandos on night-time raids hunted for targets with the beams of their rifle-mounted infrared lasers, visible only via night-vision gear, as pilots and aircrews watched the rough terrain of Afghanistan spread beneath them in hues of green and black.

Christopher Donahue is currently 52 years old. Major Chris Donahue’s wife is Devon Donahue. On November 21, his wife and children were there at Founders Plaza to witness his promotion to brigadier general. Chris Donahue’s promotion to a higher position was aided by his wife. Chris, who has served in the Army for almost 25 years, is certain to have had a lot of support from his family. Major General Chris Donahue has five children: Alanna, Amir, Zachary, Haley, and Joseph.

His net worth is reported to be $30 million. Major General receives roughly $11,329.50 every month According to federalpay.org. As a result, Chris’s salary must be similar to this sum. With a maximum base pay of $16,333.20 per month, pay improves with experience. Many Medals such as the Defence Superior Service Medal, Legion of Merit, and Bronze Star Medal have also been bestowed to him.