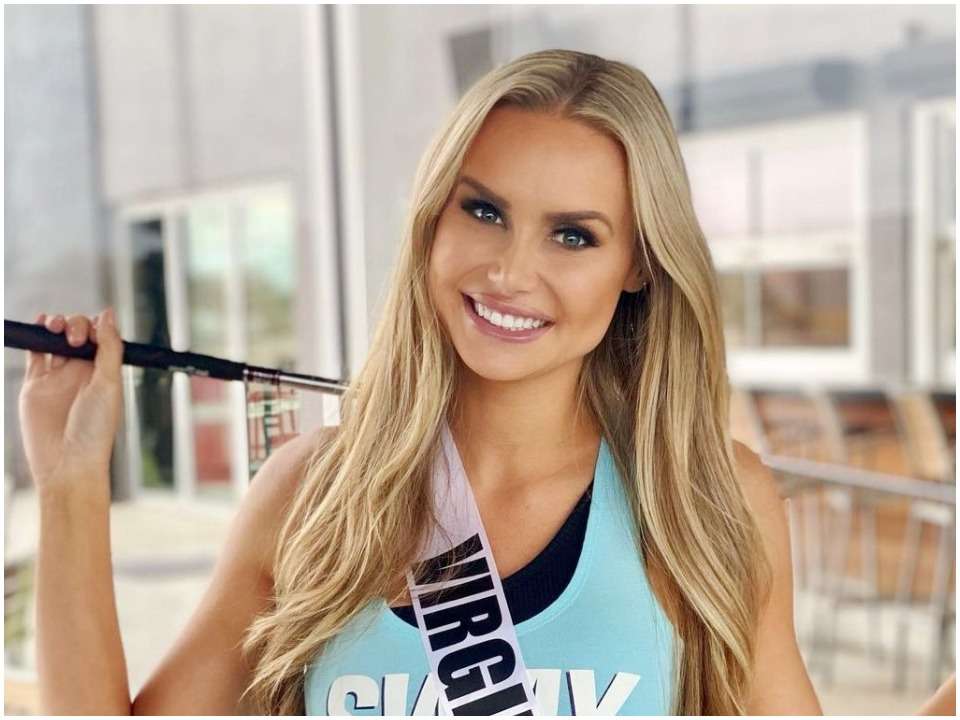 Christina Thompson is an American Journalist and Model.  She has won the title of Miss Virginia USA in 2021. Her modeling agencies are MMG Model & Talent Management and Click Models Philly. Along with that, she has been currently working as a correspondent with Newsmax Media Inc for the past three months.

Christina Thompson is 25 years old as of 2022 as she has not shared details of her birth date with the media. She was born in Lynchburg, Virginia, United States of America. The names of her parents are Mike Thompson and Hallie Thompson. She also has two brothers named Sean and Brandon. At a young age, she enjoyed dressing up and walking around like a model. Christina has completed her high school education at a local school in her hometown. She has not shared details about the same. For her higher and further studies, she enrolled herself at Wake Forest University. Over there she pursued a course in Communication, Journalism, and writing.

In May 2013, Christina Thompson was a featured reporter on Teen Kids News. She experienced speaking to a camera as a featured reporter about educational news stories which are relevant to kids and teens. After two years she worked as an Intern at Alan Weiss Productions. She helped during filming by writing impromptu scripts, Keeping time code, running a teleprompter, and applying make-up. In September 2014 she worked as an Article writer for CampusSports.net. She also worked as a Senior Editor for Her Campus Media. In June 2016 she worked in London for 2 months as an Intern at Sunset+ Vine.

It is a sports broadcasting and production company that caters to clients such as the International Olympics Committee, Crufts, and Lord’s Cricket ground. In May 2017 she worked as an Intern for CBS This Morning. Recently in December 2021, she started working at Newsmax Media, Inc as a Correspondent. Apart from her journalism career she also has participated in various beauty pageants. In 2013 she was Miss New Jersey Teen USA. In 2019 and 2020 she was Miss North Carolina USA’s second runner-up. At the age of 25 years, she was working with ABC 13 News as a reporter and was also crowned as Miss Virginia USA 2021.

Christina is active on various social media platforms. She has joined Twitter in July 2012 and has earned 1,096 followers and 88 following. On her Instagram account, she has 5,322 followers and 1,246 following. Her social media is filled with pictures of her modeling and pageant competition which she has been attending. Along with that she also talks about current affairs and gives her opinions about the same.

Christina Thompson must have earned a lot from her journalism as well as pageantry career. She earns a salary in her Journalism career while she wins prize money in beauty pageant competitions. Despite this, no