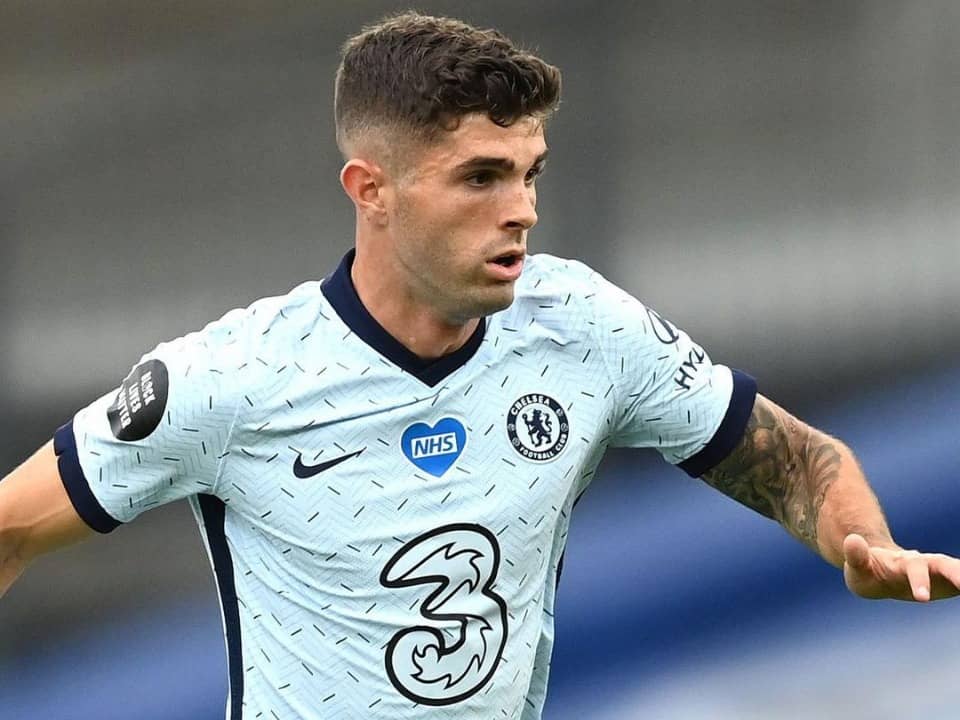 Christian Pulisic is a profound professional player who plays for Premier League club Chelsea and the United States national team. Recently, he just became a national hero after leading his team to victory over Mexico. He serves the team as a winger or an attacking midfielder and has a great physique and likes to maintain it by regularly working out at the gym. Christian is vastly known for his ability to run with the ball at terrifying speed. He plays soccer whenever the opportunity presents itself and places a remarkable win worth remembering.

Christian Mate Pulisic was born on 18th September 1998 in Hershey, Pennsylvania, the United States to Kelley and Mark Pulisic, both were collegiate level players and played for George Mason University. His father played professional indoor soccer for the Harrisburg Heat and later served as a coach at both youth and professional levels. He shared his childhood with his sister, Devyn Pulisic. Christian considers Luis Figo as his role model. Will Pulisic is his cousin, who plays for MLS club Austin FC.

Besides soccer, he is a huge fan of the New York Jets, New York Rangers, and Philadelphia 76ers. While living in Michigan, Christian went to Workman Elementary School. Later the family shifted to the Hershey area, he played for the local US Soccer Development Academy club PA classics. Later went for the five-day trial at Chelsea’s Cobham base.

Legend Pulisic initiated his career playing for the youth team of Brackley Town at the age of 7. Where his father was a general manager of the indoor club Detroit Ignition. During his teenage years, he started training with the local professional club Harrisburg City Islanders, well-known as Penn FC. At the age of 16, Borussia Dortmund signed him in 2015 and assigned him first to their U17 squad and later in U19 in summer 2015. He made his Bundesliga debut by winning against Ingolstadt with a score of 2-0 in 2016. In 2017, he signed a contract with Dortmund, where he scored his first UEFA Champions League goal in a 4-0 victory defeating Benfica.

Moreover, in 2019, he joined the Premier League club, Chelsea. He made his debut for Chelsea in a 4-0 defeat against Manchester United. In 2020, Pulisic named the ‘Eight-player shortlist’ for the Inaugural ‘Premiere League Young Player of the season award’. In 2021, for the second season with Chelsea, he scored the opening goal in a 2-5 home league defeating West Bromwich Albion. On 6th June 2021, Pulisic led the United States national team as a captain to win the first-ever CONCACAF Nations League final defeating Mexica by scoring the winning goal by converting a penalty in the 114th minute. The captain claimed the second trophy to end his season just 8 days after winning the Champions League.

Handsome hunk is creating a huge buzz of fans on his social media through her hot pictures. He is found active on social media lately. On his Instagram, he shares pictures of his victories and matches. He also posts pictures with his family and friends and has a reach of 3.9 million followers under the username @cmpulisic. While, on his Twitter @cpulisic_10, enjoys around 626.8k followers, where he updates his fans about the latest news and upcoming matches.

There are no rumors spread about Christian relationships. His name never got linked with anyone till now. He is one of those people, who keeps his personal life private. He never shared any details about his dating life or relationship with the media. Thus, we can assume that he is single and is in search of her better half.

Christian is considered one of the all-time most expensive players in North America. Probably he earns most of his fortune through his gameplay as a soccer player. He also earns through numerous brand endorsements and commercial advertisements. Christian was at the top of the headlines for several days as his transfer to Chelsea was worth $73 million. currently, as of 2021, his estimated net worth is $10 million and his annual salary is under review. He is expected to increase his worth in near future.