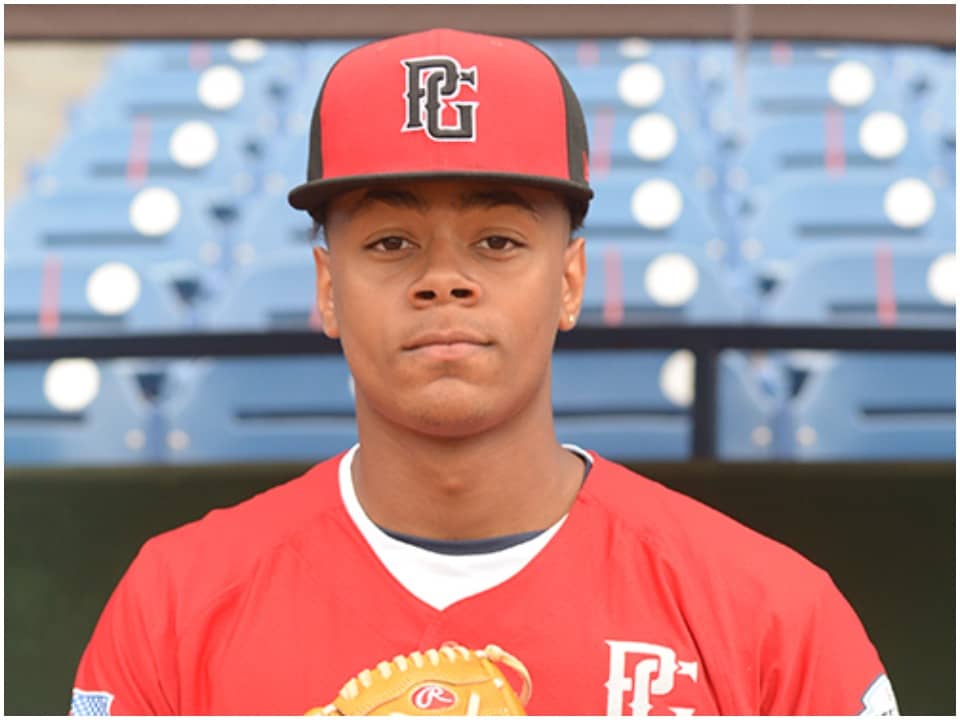 Christian Xavier Little is an American baseball player who plays as a right-handed pitcher and is an early enrolee to college baseball. He became the 2020 Perfect Game Preseason Underclassmen All-America and is currently verbally committed to Vanderbilt University.

Christian was born in the year 2004 in St Louise but the exact date of his birth is unavailable. He grew up in his hometown St. Louise with his parents. His father Chris Little is known to be a pitcher of the Houston Astros Organisation but there is not much available about his mother. He is also known to have a sister named Caitlyn. His family is Christian and belongs to the African-American ethnicity. He is currently 17 years old.

Christian has not shared much about his early life education but it is known that he has completed his high school graduation from the Christian Brothers College High School. He was enrolled a year early into college baseball and completed his high school studies early by taking extra classes during the Covid pause in the season. He is already playing the sport for the Vanderbilt University which he has committed to attend the same for his further education. His ACT examinations are yet to be conducted and have been postponed repeatedly due to covid-19 because of which he cannot officially attend the college.

Christian started his career as a high school baseball player and was a part of the school baseball team as a right-handed pitcher. He participated in several leagues and tournaments throughout his school years and helped his team win several of them. Christian had a great track record and also became Missouri’s top-ranked player in overall prospects. He also became the 14U Select Festival player twice in a row in 2017 and 2018. In 2019, he led the high school team to win the 6A district championship by showcasing his excellent performance and pitching skills. In his sophomore year, he maintained a record of 6-1 with a 1.88 ERA and 58 strikeouts. By the end of his high school career, he was ranked at No3 high school prospect for MLB draft as per Baseball America.

In 2020, he participated in the 2020 All-American Classic tournament, and the same year, he became the Perfect Game Preseason Underclassman All-American and the Gatorade State Player of the year in Missouri. Christian entered a year early in college baseball and started playing for the Vanderbilt University team in the 2021 season to which he had been committed since he was 14 years old. He has played well so far and his first win in a college baseball game against Western Kentucky in his debut match where he allowed only one run in the whole innings. He also debuted at conference games through SEC Tournament against Ole Miss.

He is currently the nation’s fifth-best right-handed pitcher as per the Perfect game. Christian is competing with the best college-level baseball players in this tournament at just the age of 17 and is holding out well and performing impressively for his team. He has also managed to maintain a 5.16 ERA in the SEC season. He also started playing at the NCAA men’s tournament in June 2021 season and recently played his first game against Stanford University against which he pitched three innings with only giving away four runs leading his team to win the match and reach the college world series. The team’s strong and wild pitches acted as a catalyst for the team to win with a score of 6-5.

Christian has kept his life private and does not like to mix it along with his professional career. He is not very open about his friendships and relationships and also has not shared anything on social media. Thus, there is no information about his current relationship status. He shares a great love for video games and consoles and is known to be really close to his sister Caitlyn. Christian is on Twitter since 2017 and currently has 1492 followers.  He mostly tweets and re-tweets about his teammates and achievements and all about the sport. Little is not known to be on many social media platforms and is not very active online. He does not have any Instagram, Facebook, Tik-Tok, or Snapchat accounts and likes to keep his life private.

Christian has been playing Baseball at the high school level for several years and is currently playing at the college level through which he has earned a lot of wealth and recognition. He has been earning through winning tournaments and matches being part of the teams but his exact income cannot be assessed. His net worth as of 2021 is estimated to be around $500,000.