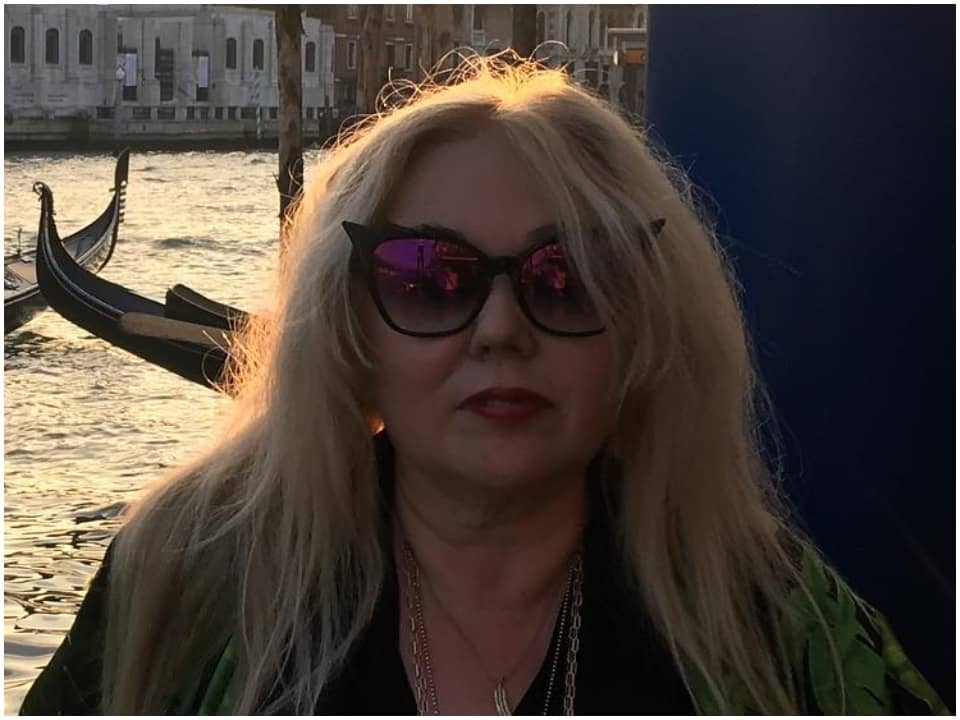 Chrissy Iley is an English journalist currently known for being a showbiz columnist for The Sunday Times Magazine, Glamour magazine, Harper’s bazaar, etc. she is well-known for her celebrity profiles and articles.

Chrissy has not shared much about her early education but it is known that she attended the convent school in Jesmond Newcastle called La Sagesse. Later after school, she decided she wanted to pursue acting and attended drama school in North London and did a performing arts course at Trent Park. On meeting with a columnist of Daily mail, she was encouraged to write up stories about drama and productions. There is no other information available about any other course or qualification she might have taken.

Chrissy started her career early on in 1999 and has been a writer and journalist for over two decades. She discovered her talent in interviewing people and mostly celebrities and decided to pursue her career in the same. She started freelancing at the Daily Star and later moved to showbiz writing at the Daily Mail in the late 1990s. After two years, she started working at the Sunday Times. One of her first interviews was with Dustin Hoffman which went on for hours starting from a discussion about differences between men and women and leading to a foot massage. Chrissy also interviewed several other celebrities and artists like Helen Mirren, Mel Gibson, Alecia Keys, Harrison Ford, Rene Zellwegger, and many others.

She has interviewed hundreds of artists over the years and has built herself a reputation of being extremely joyful and interesting throughout the interview sessions. She is known to sit for several hours taking interviews with famous celebrities. Various celebrities like Courtney Love, Lily Allen, Yoko Ono, John Travolta, etc have often asked other journalists to be interesting like Chrissy. She started writing a column at The Sunday Times and has been for a prolonged time. Chrissy also wrote a pseudonymous column in the magazine under the name Hairbitch where she would talk about the hidden psychology of celebrities and their hair. She then also wrote several articles and columns for famous magazines like Glamour, Harper’s Bazaar, Observer Magazine, etc.

Chrissy also started making appearances as a guest on various variety show contents and documentaries. She also appeared on stage at the Bloomsbury Theatre in London to interview Julian Clary for his new show. She won several awards and honors over the years which marked her excellence and competence in journalism. Chrissy was the winner of the 60th, 61st, and 62nd Southern California Journalism Award for her interviews with Denzel Washington on Prejudice and black power (2019), Exclusive U2 interviews (2019), and interview with Roseanne Barr (2020) respectively.

Chrissy was also the winner of the interview of Michelle Williams on the death of her beloved Ex and Raising her daughter alone. Recently she interviewed Jodie Whittaker, the thirteenth Doctor in the television series Doctor Who and asked her the most anticipated question about being the first-ever female doctor. She received an impressive answer which was published in this may issue of The Sunday Times magazine. She also works as a columnist at Beauty and the Dirt, Daily Mail, telegraph, Vanity, etc.

Chrissy is known for her unique and peculiar dressing style and she addresses herself as a person who likes to dress like cats. She works in Los Angeles as well as London and goes to and fro to both cities. Chrissy has not shared much about her personal life and relationships but it is known that she is a great lover of pets and especially cats. She has had several pet cats over the year and is currently living with several pet cats named Lola polar bear snowcat, Slut cat, and Catlyn. She also likes fine dining and often visits well-known restaurants and cafes.

Chrissy has worked as a writer and columnist for more than twenty years. she has been highly active in her career ever since she started. She has successfully interviewed hundreds of artists and written in various famous magazines and newspapers. She has sourced her majority of income as a journalist. Her appearances on shows and documentaries added on the side income. Her estimated net worth as of 2021 is assumed to be around $900,000.