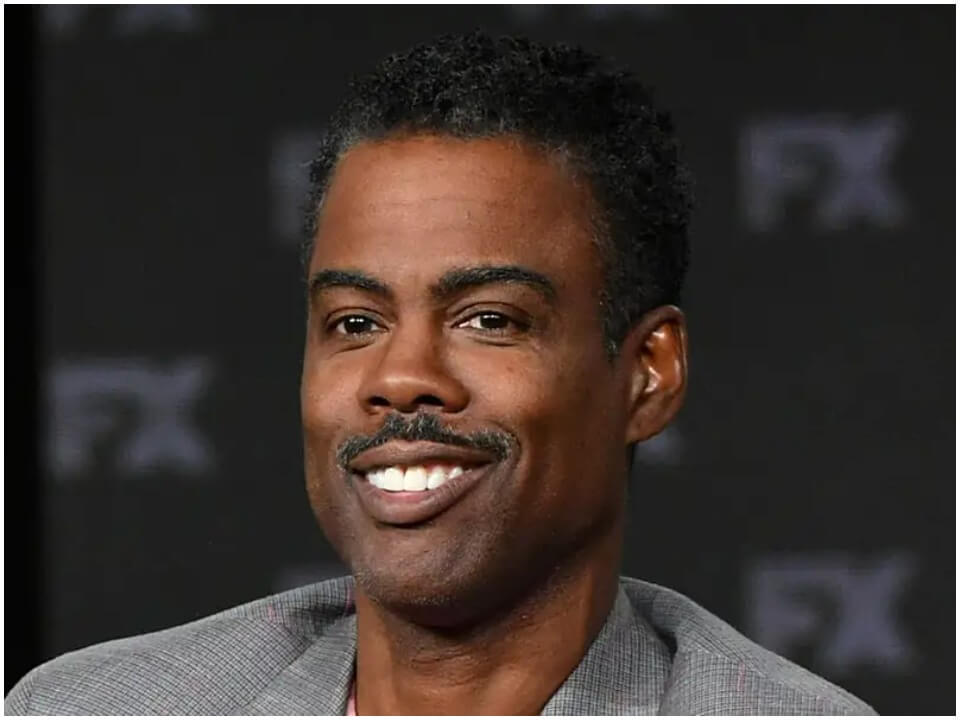 Chris Rock is an American personality who is best known as a standup comedian, writer, producer, director, and actor. He has worked as a standup comedian and has been appearing in various supporting roles in films along with a prominent figure in the show “Saturday Night Live” in the early years of the 1990s. In March 2022, Chris Rock came into the news because of joking about Will Smith’s wife. The incident surrounded the two men talking to each other and all of a sudden Will Smith hit a punch on Chris’ face on the stage of Oscar 2022. It caused the audience to be amazed and question whether the incident was scripted or if it happened in real life.

Chris Rock was born on 7th February 1965 and as of 2022, he is living in his late 50s. He was brought up in Andrews, South Carolina from where his parents moved to Crown Heights shortly after his birth. After spending a few years, the family relocated and settled in the working-class area of Bedford–Stuyvesant. Rock’s mother’s name is Rosalie, who was earlier working as a teacher and social worker for mentally ill persons and his father’s name is Julius Rock, who was working as a truck driver and newspaper deliveryman. His father Julius died in 1988 because of suffering from an ulcer and after-effects of the surgery.

Chris used to go to a school that was predominantly filled with white people and students. The school was situated in the neighborhood of Brooklyn, where he was constantly bullied and beaten by the predominantly white students. The bullying scenarios became so worse that he had to pull his name out of the James Madison High School. He dropped out of high school and later earned a GED. Later, he started doing menial jobs at various fast-food restaurants.

Chris began his professional life while hustling for stand-up comedies in 1984. He started while working for Catch a Rising Star in New York City. Slowly and gradually, he rose to ranks in the comedy circuit in addition to earning a few featured roles in films like I’m Gonna Git You Sucka and TV series like Miami Vice. He has shown his excellent acting skills with a few roles in several featured or most-watched films like Down to Earth (2001), Head of State (2003), The Longest Yard (2005), Grownups (2010), the Madagascar film series (2005–2012), Top-Five (2014) and a series of standup comedy specials on HBO.

Chris Rock has developed himself into a writer, and narrator of the sitcom Everybody Hates Chris from 2005 to 2009, which created the base of his life in the TV industry. Back in 2020, Chris started his fourth season of the series Fargo. Chris hosted the Academy Awards three times in the past years. He has been the recipient of four-time Emmy Awards and three-time Grammy Awards. He was voted the fifth-greatest stand-up comedian by Comedy Central.

Chris Rock married for the first time Malaak Compton-Rock and the pair together exchanged the rituals of marriage on 23rd November 1996. Malaak Compton-Rock is the founder and executive director of the non-profit hair salon named StyleWorks. The hair salon aimed to provide free services to women. The couple lived in Alpine, New Jersey to raise their family and kids. The pair produced two daughters named Lola Simone (born 2002) and Zahra Savannah (born 2004). Later in December 2014, He filed for a divorce and admitted that his wife was struggling with a pornography addiction. The pair got officially separated on 22nd August 2016. After that, there comes no news of Chris Rock being involved in any other relationship or even second marriage.

According to Celebrity Net Worth, Chris’s estimated net worth is nearly $60 million. He has been involved in different professions including writing, producing, comedy stand-ups, acting, and working in TV shows. His net worth must be greater than this, but he lost many of his earnings in the divorce with his only wife Malaak Compton-Rock, where he had to face the settlement of nearly $40 million.