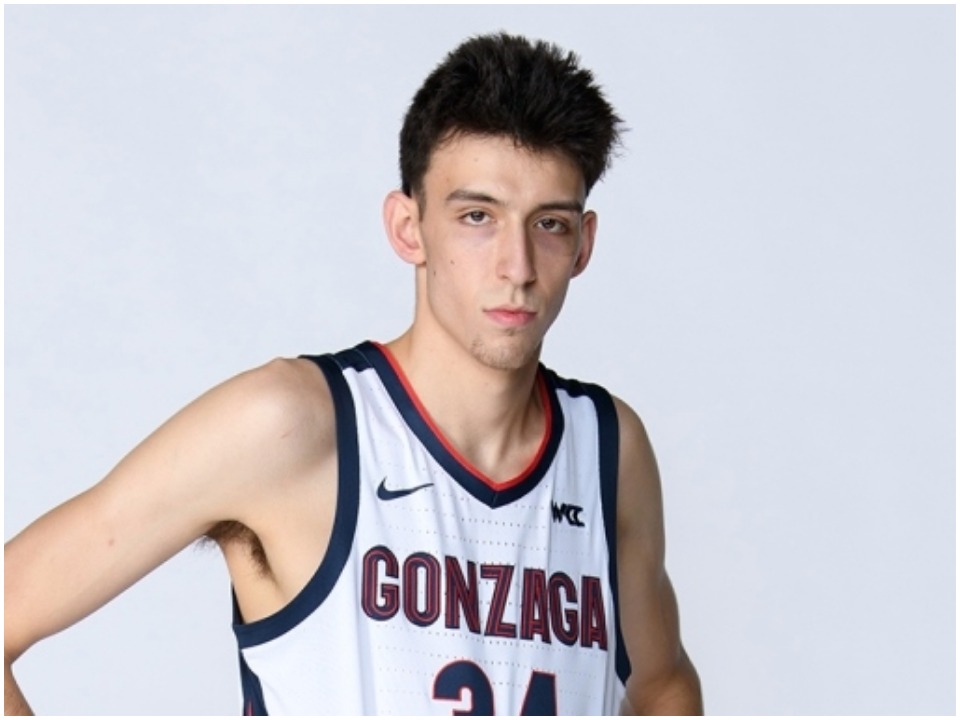 Chet Holmgren is a West Coast Conference college basketball player for the Gonzaga Bulldogs. Chet is a consensus 5-star recruited and one of the top players in the yearly 2021 class, playing from the centre position. According to experts, he is one of the top picks for the NBA Draft 2022 because of his coordination on the court with other players.

Chet Holmgren was born on May 1, 2002, in Minneapolis, Minnesota. Chet was 6 feet 2 inches tall at the time and was teammates with Jalen Suggs, with whom he would play throughout high school. Despite suffering injury and healing a fracture, Chet increased his shooting range in the first season. fractured right wrist. Chet started sixth grade at Minnehaha Academy, a Minneapolis-based private school. For college Gonzaga University.

Holmgren learned to play basketball from his father, a former collegiate basketball player. Dave Holmgren, who is likewise 7 ft 0 in tall, played college basketball for Minnesota from 1984 to 1988. The same goes with his mother Sarah Harris, she is quite tall as well but she doesn’t seem to be involved with media coverage. Chet grew up with two sisters, however, their names are unknown but they both are into sports. His older sister used to be a swimmer but she had to forfeit her dream after sustaining medical issues in the pool. On the other hand, his younger sister was a volleyball player and she is quite tall as well.

Holmgren averaged 6.2 points and 3.0 rebounds per game as a freshman at Minnehaha Academy. His team won the Class 2A state championship for the second time in a row. Holmgren led his team to another Class 2A state victory in his sophomore season, averaging 18.6 points and 11.0 rebounds per game. After the season, he had success at the Under Armour Association with his Amateur Athletic Union squad Grassroots Sizzle, receiving tournament most valuable player accolades. As a result, he rose to become one of the top-ranked players in the 2021 class and began to attract NCAA Division I interest.

As a junior, Holmgren scored nine points, grabbed ten rebounds, and blocked 12 shots in a nationally televised win over Sierra Canyon School, a nationally ranked squad that included Bronny James, BJ Boston, and Zaire Williams. He led Minnehaha to a 25–3 record in his junior season, averaging 14.3 points per game. As a senior, Holmgren won the Class 3A state championship, his fourth at Minneapolis, Gatorade National Player of the Year, Naismith Prep Player of the Year, Morgan Wootten National Player of the Year, and a McDonald’s All-American, as well as Minnesota Mr. Basketball, were all given to him.

Holmgren had 14 points, 13 rebounds, seven blocks, and six assists in his collegiate debut, a 97–63 win over Dixie State. He became the first player in 25 years to start the season with at least ten points, ten rebounds, five assists, and five blocks. Holmgren will compete for the United States in the FIBA Under-19 Basketball World Cup in Latvia in 2021. Chet led the team to the gold medal and the team was titled tournament MVP after averaging 11.9 points, 6.1 rebounds, 3.3 assists, and 2.7 blocks per gameplay which is huge.

Chet is wary of disclosing too much personal information to the world. Chet appears to be living a happy single life. He is still in the early stages of his career and will wait for the perfect time and the right person in his life. Despite the fact that he is a frequent social media user who often posts photos and videos on his timeline, the majority of them are devoted to his games and pals. On Instagram, Chet has over 328k followers and 51 posts on the account. On Twitter, Chet has 26k followers.

Chet Holmgren hasn’t begun his professional career yet. He is about to begin his collegiate career. Chet will make a lot of money from his basketball career. Holmgren will almost certainly earn one of the highest-paying contracts and will make millions.