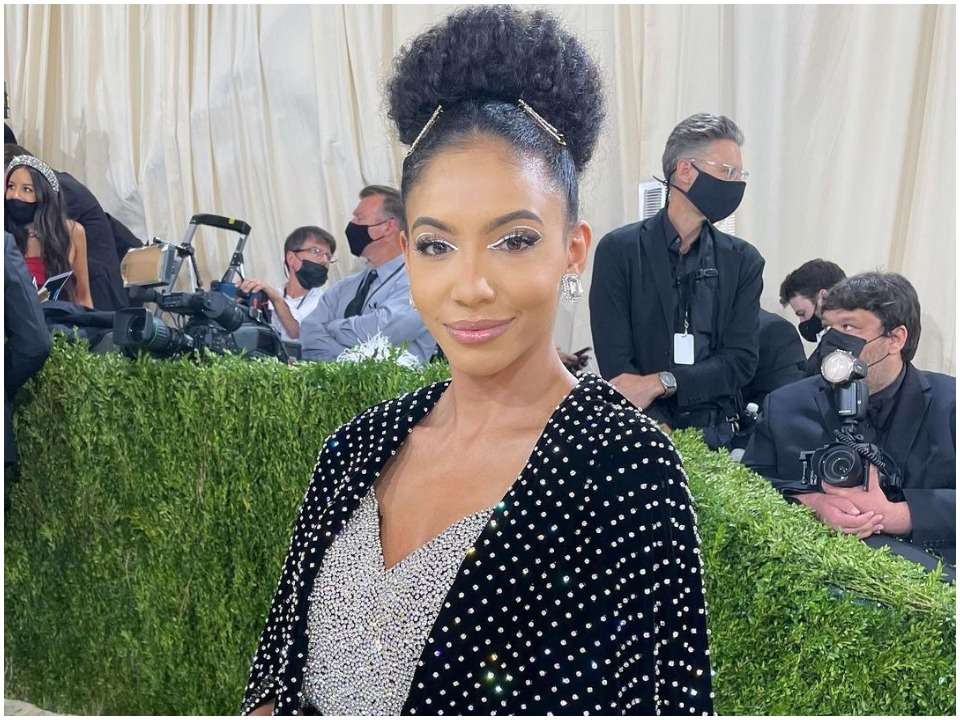 Cheslie Kryst, in full, Cheslie Corrinne Kryst was an American personality. She was the titleholder of Miss USA 2019. Despite this, she was a television presenter, model, and beauty pageant. Cheslie represented the USA at the Miss Universe 2019 and finished while being in the top 10 contestants. Besides this, Cheslie was a licensed attorney and also served as a correspondent for Extra from October 2019 until her death. Cheslie was nominated two times for “Daytime Emmy Awards”.

Cheslie Kryst was born on 28th April 1991 in Jackson, Michigan to a Polish American father and African American mother. She was brought up along with four brothers and one sister. Her mother’s name is April Simpkins who also belonged to the line of fashion and pageantry. Her mother competed in pageantry and was crowned Mrs. North Carolina US at the time when Kryst was a child. Later, the family moved to Charlotte, North Carolina when Kryst was still young. Thereafter, the family settled in Rock Hill, South Carolina where Cheslie attended Northwestern High School to attain her primary education.

The family moved to Fort Mill, South Carolina, and Kryst transferred to Fort Mill High school from where she completed her graduation in 2009. After completing her studies in high school, Kryst moved to Columbia, South Carolina to attend her further studies at the University of South Carolina. She started pursuing cum laude from the Darla Moore School of Business. Kryst attended a degree in marketing and human resource management and received the degree. She became an active member of the Alpha Lambda Delta honor society, mock trial, and Gamecocks women’s track and field team. After completing her undergraduate, Kryst enrolled herself for the Wake Forest University School of Law and graduated with a Juris Doctor degree and master of business administration in 2017.

After receiving her degree of graduation, Cheslie Kryst became a licensed practitioner of law in both Carolina and South Carolina. She began her professional life while working as an attorney at Poyner Spruill LLP, practicing complex civil litigation. Besides this, she worked as pro bono for clients. She became the founder of a fashion blog called White Collar Glam that was dedicated to helping women to dress professionally for white-collar jobs. Later, Kryst began her pageantry career right away from her teenage winning a MIss Freshman at Northwestern High School in Rock Hill, South Carolina. Later, she achieved the title of Miss Fort Mill High School in Fort Mill, South Carolina. After taking several years off from the pageantry career, Kryst made two attempts.

She participated in the Miss North Carolina and finished while appearing in the top ten and again she participated in the same event where she finished the competition while becoming the first runner-up for the second attempt. In October 2019, Kryst became a New York correspondent for Extra. She started serving the network as a special correspondent. She interviewed actor Terrence Howard who planned to retire from acting following the season of the television series Empire. In 2020, Kryst received a nomination for an outstanding entertainment news program. For the second time, she was nominated again the following year at the 48th Daytime Emmy Awards.

Cheslie Kryst does not appear to have any boyfriend and husband till the time of her death. She was a moderate personality who was focusing on her career rather than anything. She managed to keep her life away from the limelight.

Cheslie died at the age of 30 and her death was declared on 30th January 2022, in New York City. She fell from a 60-story high-rise apartment in Midtown Manhattan. According to the reports, she also left a suicide note leaving her belongings to her mother. She died on Sunday, 30th January 2022. Seeing her tragic death, Harnaaz Sandhu penned down a heartfelt note for Cheslie and said that the news is heartbroken.

Cheslie was a beauty queen, lawyer, fashion blogger, and Extra TV correspondent. She was pronounced dead at the scene. In the picture which was shared by Harnaaxz Sandhu, the two girls could be seen sharing smiles after the victory at the 70th Miss Universe 2021, held in Eilat, Israel. Cheslie Kryst was living on the ninth floor of the same apartment and left a suicide note. However, the official cause of her death is yet to be announced. The investigation is still going on for the case.

Cheslie Kryst was having a net worth of around $1.6 million before her demise. We wish for her soul and may she rest in peace. Our condolences are with family and friends. She was a young personality who will be remembered for her hard work.