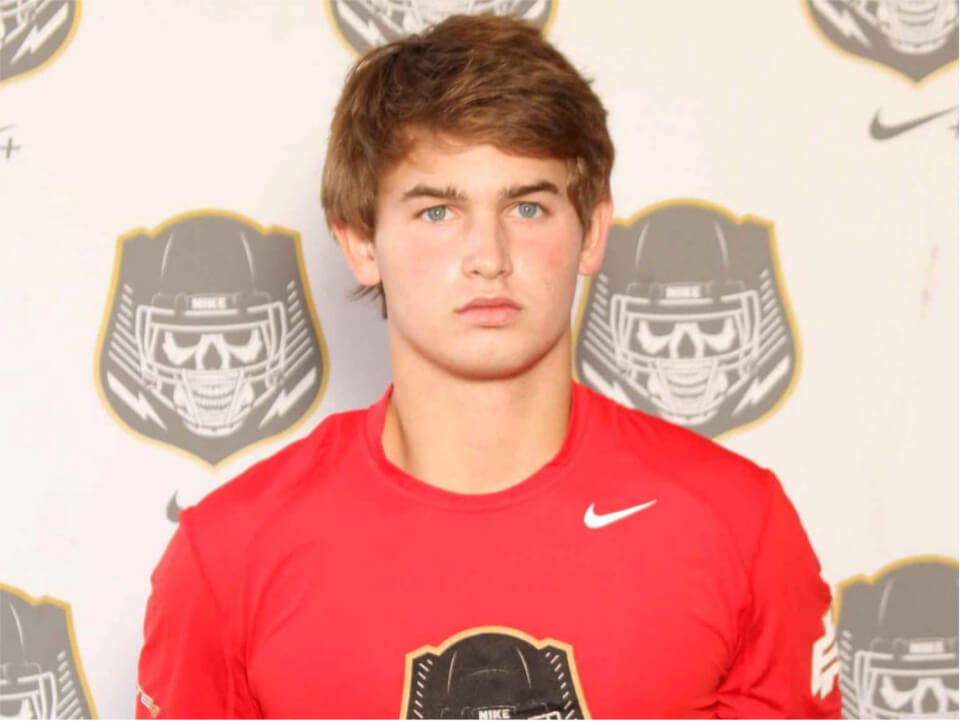 Chase Wolf is an American quarterback playing football and committed to Wisconsin (NCAA). He is around 20 to 25 years old, completing his education in Real Estate & Urban Land Economics, and Marketing. The native of Cincinnati, Ohio, always dreamed of becoming a football personality, and he made that dream come true.

Chase Wolf was born in Cincinnati, Ohio and he is the son of Steve (father) and Jeanne Wolf (mother). His father was himself a basketball player at NC State and Xavier. Chase shared his childhood with his sister, Sabrina Wolf, who plays volleyball at Cincinnati. Also, Chase’s grandfather was a footballer, basketballer, and baseballer, who had a professional career at Notre Dame. His grandfather played pro baseball with the Cincinnati Reds and later became the coach of Cincinnati Royals and Detroit Pistons in the NBA. in the whole family of Chase Wolf, there are around 11 relatives who have developed themselves into professional players and have handled college sports.

While playing as a senior, he made the career record of 2,532 passing yards and 27 touchdown passes, along with four rushing TDs, and as a junior, he had the career record of 1,391 yards and 16 touchdowns, along with three rushing TDs. While playing as a senior, he became the team captain and maintained a GPA of 4.0. He received his talent and skills in other games like basketball and was guided by coach Steve Specht.

In 2018, Chase had the redshirt season. Then in 2019, he appeared in three games for UW football. He had his debut against South Florida on 30th Aug. 2019, and later, on 7th Sept., his team stood against Central Michigan, where he had his first pass. Again in 2020, he began with a total of three games and had the debut game with Illinois on 23rd Oct. while playing against Minnesota on 19th Dec., he had the record for 4-for-5 for 15 yards and a touchdown. Later on 30th Dec., he completed two passes for 14 yards while playing against Wake Forest. In 2021, Chase had a career-high record-making day when he earned 52 yards and a TD against Michigan.

Chase is available on Instagram with a verified tick named @chasewolf_25. He has described himself as an “athlete and Bombers’ 18|Wisconsin Football’22”. The newest post on his Instagram belongs to @VarsityCollective, supporting @onecityschools’ for building up literacy in the community. The posts date back to 17th Dec. 2022. He has also posted two pictures of his family, including two sisters, mother, and father, dated back to 20th Apr. 2020 with the caption “The Gang Gets Quarantined.” He is also available on Twitter by the name cwolfie25.

Chase Wolf’s life revolves around his family, friends, and sports. He is the kind of sports freak who has given most of his life to only football. We doubt he has any particular person we can call his girlfriend or love mate.