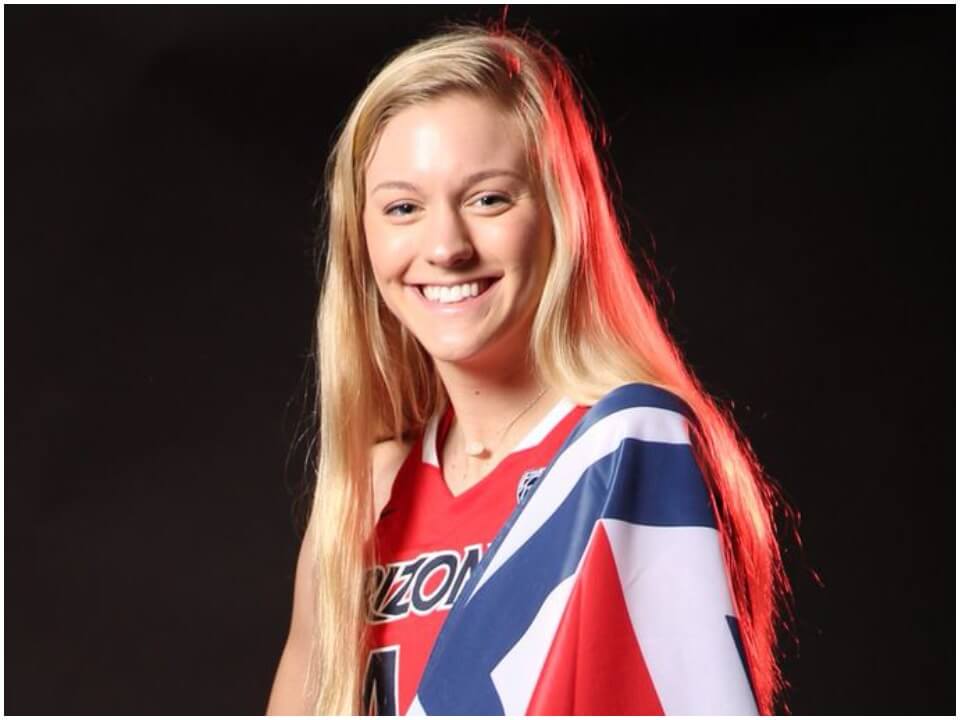 Arizona Woman’s basketball team player Cate Reese is a resident of Cypress, Texas. She makes her astonishing moves as a power forward and blows the minds of the viewers. Not only she is fantastic on the basketball court but also sets the volleyball court on fire with her mind-bending moves.

Cate is the daughter of the proud parents William and Cheryl Reese, who has always been supportive to her to follow her passion. She grew up with two older brothers, Billy and Danny, and two older sisters, Karen and Ali. Basketball has always been her love and passion since she was a toddler. The young basketball athlete, cate attended Cypress Woods High School and got committed to play basketball with the school team. However, as per the news, it is known that Cate is planning to opt for her studies in Business at the University of Arizona.

She discovered her love for basketball when she played with her team in High School. Later during her junior year, the power forward scored 22.3 points per game and grabbed 13.2 rebounds per game, which is highly impressive. However, in her senior season, she averaged 30.6 points and 15.3 rebounds per game for Cypress Woods High School. In the 2018-19 season, in her freshman year, she played 37 games and was second on the team with 11.8 points per game and first on the team with 6.8 rebounds per game. Later on, she was honored with the name Pac-12 All-Freshman and became Pac-12 Freshman of the week for three-time.

With her fascinating moves, she was declared as the leading scorer and rebounder among all the Freshmen in the Pac-12. In May 2018, she grabbed 18 rebounds and averaged 14.2 points per game in the WNIT, the most of any freshman since Polk (2002). In her Sophomore season 2019-20, she became Pac-12 Player of the week for two-time in December. Cate finished second on the team with 13.6 points per game and led the team with 7.5 rebounds per game. She secured sixth in the Pac-12 in rebounds per game and 14th in scoring.

She had eight double-doubles, the sixth-most in the Pac-12, and scored the career-high 30 points on 13-15 shooting in the Pac-12 Tournament Quarterfinals on March 6th. On 9th December, after averaging 17.5 points and 14 rebounds per game, secured her name as Pac-12 Player of the week on 59% shooting. After a 17-point, 11-rebound performance led Arizona state to win on 29th December. She scored double figures in 23 games and at least 20 points in five games.

However, Reese has never revealed anything about her boyfriend nor her relationship status. For time being, we assume she is still single but soon will update after she finds her better half. Some controversies regarding the champion have been out that Cate Reese, fresh off the biggest game of her UA career, and it could be the key as Wild-cats face BYU. It has caught our ears that she was pressured by Stony Brook guard Halley Zeise when she tried to block her shot during the first half of the NCAA Tournament game on 22nd march 2021.

Doubtlessly, as her remarkable journey till now as a fantastic basketball player, her source of income is clearly prolonged and dedicated work towards her basketball profession. However, she has never revealed her net worth as she appears to be a down-to-earth person.