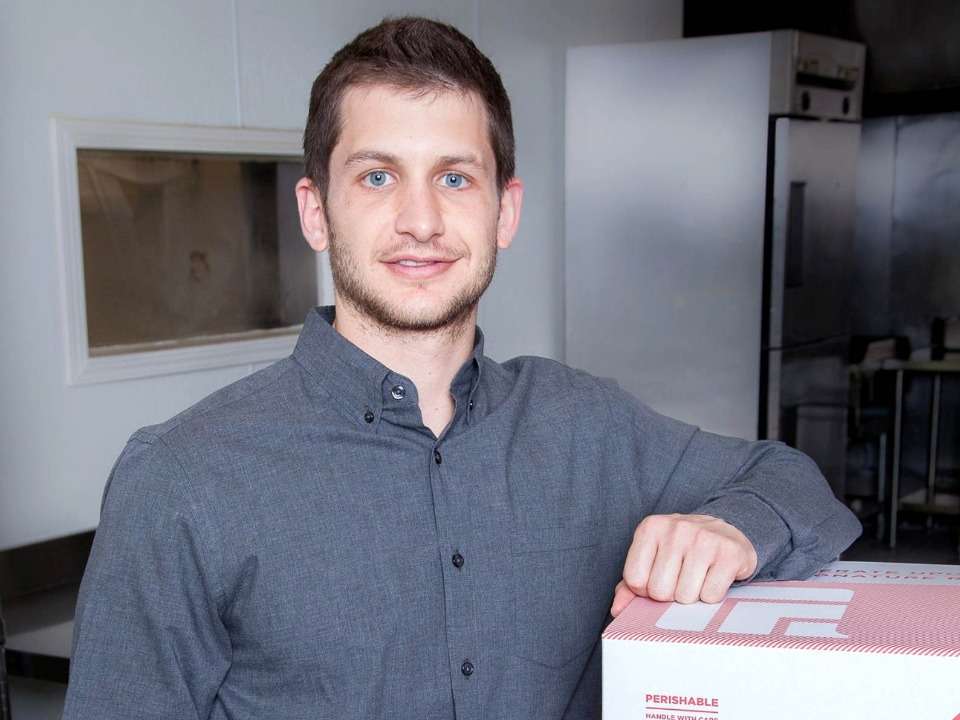 Carter Comstock is an American businessman who is co-founder of Freshly.com, a food delivery service that supplies fully prepared meals directly to a customer’s doorstep. He became famous for being the boyfriend of former professional racing driver, Danica Patrick.

Not much is known about Carter’s early life or hometown. He must of in his mid-thirties and is currently residing in New York, United States. Carter after completing his high school education got enrolled at the University of Arizona in 2005. He graduated in 2009 completing his Bachelor’s degree in Business Management.

After graduating from the University of Arizona with a degree in Business Management, Carter joined as a District Sales Manager at ADP in March 2010. He worked there for 2 years, in July 2012 he co-founded Freshly along with Michael Wystrach. It is a New York-based prepared meal delivery company that operates throughout the United States and the menu focuses on minimal food waste and sustainability. Recently the company was acquired by Nestlé for 1.5 billion.

In December 2020, the company also launched FreshlyFit to cater to active lifestyles and low-carb, high-protein diets. At the time of the COVID-19 pandemic, the company donated $500 thousand in prepared foods to Meals on Wheels, and recently in 2021, Freshly also opened a 134,000 square-foot production facility in Austell, Georgia.

The news of Carter and Danica dating and sparking romance has quickly taken the internet by a storm as Danica was quite heartbroken after the previous relationship with Aaron Rodger ended after two years of dating. She even addresses the relationship while she appeared with Bear Grylls on National Geographic’s, Running Wild.

Carter does not seem to be much active on social media, it looks like he likes to keep his social life private. He is an Instagram user where he goes by the username @thecarterc and has 560 followers. His account is not public and maintains a small social circle, whereas his partner Danica is a verified Instagram user with more than 790k followers.

Carter has been spotted sparking romance with professional race car rider, Danica Patrick. The two unveiled their relationship after posting a romantic kissing picture on her Instagram account. She captioned the picture, ‘Beach workouts are fun for one, but better with you…,’

It is not known how exactly the two met or how the romance began but both of them are investors in a consumer wellness brand known as the Beam. Patrick admitted that she was broken following her split from Green Bay Packers quarterback Aaron Rodgers after two years of dating.

In 2016, Carter’s company has managed to raise $21 million in a funding round led by Insight Venture Partners. The next following year, Nestle lead a $77 million funding round and in 2020 Freshly was acquired by Nestle for $1.5 billion. According to all this data, Carter’s net worth is estimated to be more than $1 million US Dollars as of 2021.