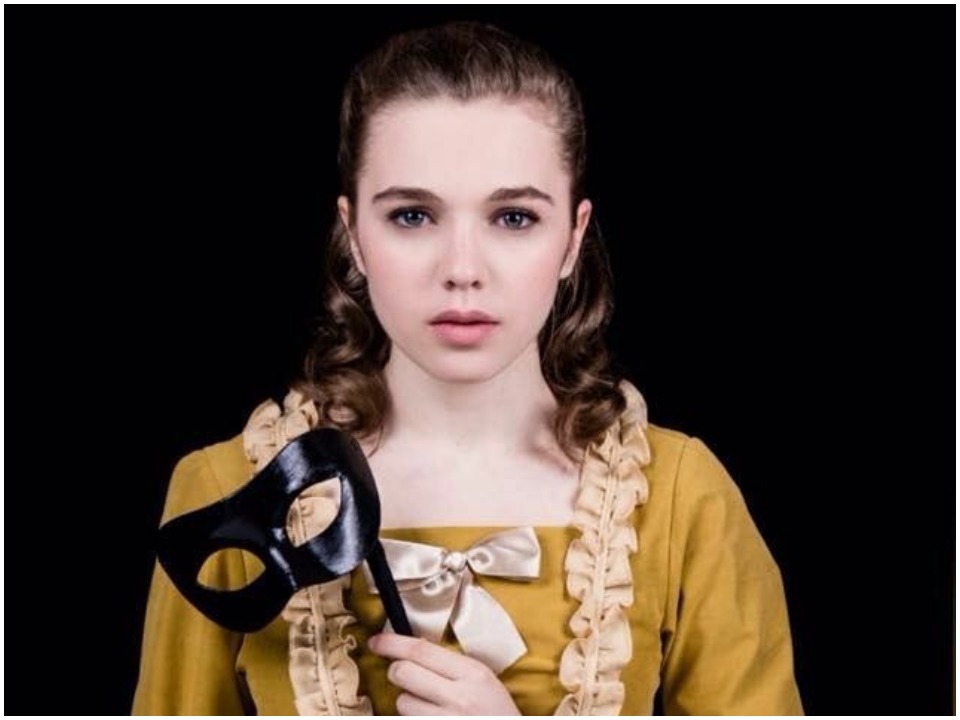 Carolina Sala is an Italian actress, who got known among the viewer and also her work got appreciated despite coming from a theater background, after that she also got tremendous movies projects and from that, she earned popularity viz. the projects namely, Vetro, Di Piu non-Basta mai (2022) and Fidelity (2022).

Carolina Sala was born in 2000 however her date of birth isn’t revealed at the moment. Taking into account her family, it is known that her mother’s name is Elisabeth Frassetto, she also had a younger sister (the name is not revealed yet), however, it seems like her father’s identity hasn’t been as if he wants to stay away from the limelight of the media. As per the available sources, it is known that she was in high school from her native place (not revealed yet) in the year 2021, and simultaneously she also gave auditions, however, further, it is not known that will she had completed her high school or not or further she has opted for educating for higher studies.

After referring to various reports, we can state that Caroline has got her to break into the acting industry from being a theater artist. She was known as a theater artist under various production houses and her work includes- Pilzio Sbarra E La Glostra Dei Note in the year 2012, after that she got Eden in 2016, Macbeth and Viola E La Parole both in the year 2019, and many more in a row. Talking about her break in the film industry screen, so after appearing in various theater shows, a talent agent come across to her after he saw her work in Romeo and Juliet show. He promised that she will surely make her way into the film industry, however, till 2021, Carolina was in high school.

In order to achieve her dream she decided to overlook her school, moreover for commutation, Carolina Sala has worked as a waitress so that her travel would get covered as had to commute from Conegliano Veneto to Rome for giving auditions- all these she stated in an interview. But for all that struggles, Caroline was paid off for her skills, apart from her performances in Devotion- a story of love and desire, she also work for TV series from 2019 to 2020 in shows namely, Pezziunici (2019), Rita Levi- Montalcini (2020) and La Guerra e Finita- was based on an incident from World War-II (2020).

For her journey as an actress, she got to learn a lot from various sources- mentioned further i.e., Caroline has been trained for 4 months masterclass under the guidance of Modesto Casarin, after that, she attended a residential workshop with Cesar Brie, got trained for dance under the shelter of Isabella Peghin, for her music (specifically Singer) she was trained by Elvira Cadorin and lastly, at Lorenzo Da Ponte Theater Academy she finished a 2-years course as well.

As we all that Carolina Sala got her account on Instagram (the most trending social media app), where she posts about her projects, and also, she posts pictures with her partner, Rodolfo lastly, she has 17.3K followers on Instagram.

As stated by various resources available, it is known that her net worth according to the year 2022 is estimated up to $250,000, however, her yearly income of her is still under review.