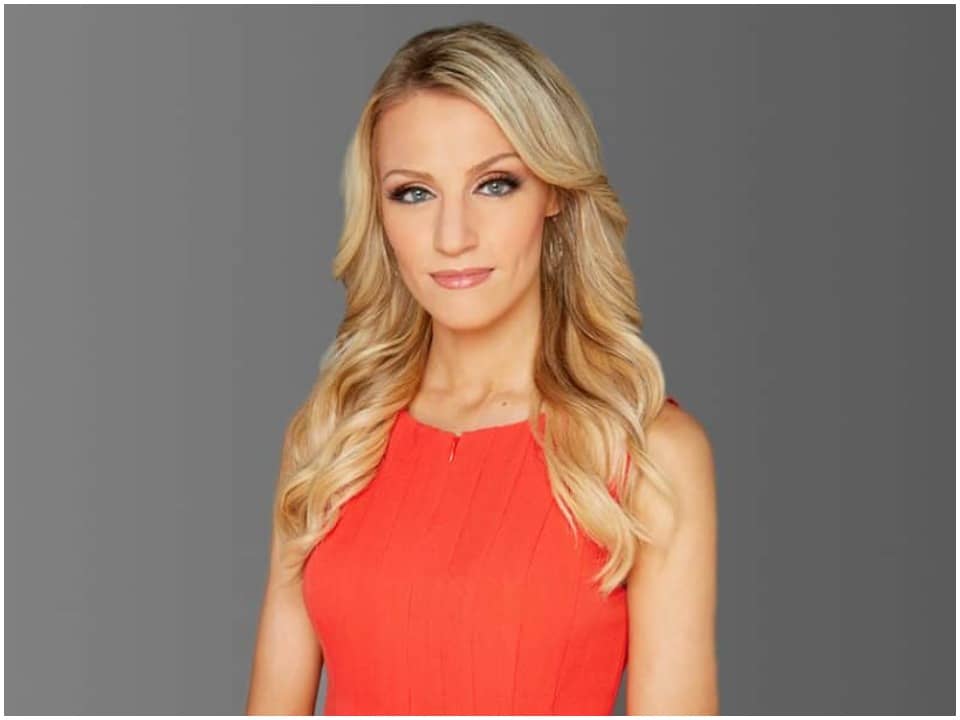 Carley Shimkus is an American news anchor and reporter who currently is a co-host on Fox Nation and a headlines reporter for Fox & Friends and Fox & Friends First. She joined Fox News in 2012 as an associate producer for the FOX Business Network

Carley Shimkus was born on November 7, 1986, as Carley Noelle Shimkus to Edward Shimkus and Zulma Aponte Shimkus. Her father is a chemist and her mother was a flight attendant originally from Puerto Rico. The parents met on a flight where Zulma was a flight attendant and Edward was traveling by air. Carley has an older sister named Margot with whom she spent time growing up in Long Valley, New Jersey, United States. Margot is an artist and art teacher.

Carley has completed her high school education at West Morris Central High School in Chester, New Jersey, where she grew up. She graduated in 2005 and then got herself enrolled at Quinnipiac University, Hamden, Connecticut. In 2009, she graduated with a Bachelor of Arts degree in broadcast journalism and also interned at Fox News in Washington D.C. during her senior year.

In the beginning, Carley started off her career by modeling in the entertainment industry while she was still in high school. She modeled for brands and also gave modeling shoots but after her graduation took a break. Carley then started off her journalism career by interning at Fox News in Washington D.C. during her senior year and then after school she joined the network and worked as a news producer at Fox News. This was in 2012 and soon after her dedication and hard work she was promoted to associate producer with the FOX Business Network working for Imus in the Morning.

Along with Griff Jenkins, she has also co-hosted FNC’s 2019 Countdown to All-American New Year. All throughout the years, Shimkus has been predominantly covering entertainment news and social media trends news for Fox News. She moved to the on-air side of journalism as she began to serve as a headlines reporter for Fox & Friends and Fox & Friends First as well as appearing on Fox Nation. As of now, there are no details regarding the upcoming shows that the anchor will host but it is known that Carley has been a headline reporter for Fox & Friends and Fox & Friends First for Fox Entertainment Group.

It comes as no surprise that working in the journalism industry is quite controversial itself and as news reported Carley has also been involved in a few of them. One of them was in 2017 when a tweet from Al Sharpton stated ‘Jesus Christ himself was a refugee.’ which arguments by Carley questioned the credibility of Bible Experts on Twitter.

The 35-year-old reporter is quite active through social media platforms through which she connects with her fans and audience outside of the journalism business. Carley goes by the username @careyshimkus on Instagram and has over 103k followers with a verified tick. She joined Twitter in 2012 and now has managed to accumulate over 62.4k followers on her profiles.

Carley met her husband, Peter Buchigani on her birthday, that is  November 7, 2011. Both of them mutually had feelings for one another and began dating. Peter works at Amherst Pierpont Securities in Chicago. In 2015, the couple tied the knot at Fiddlers Elbow, New Jersey, and has been together ever since.

The majority source of income for Carley has been from being a journalist and news anchor. She has been working right after her graduation that is since 2015 and has made quite some name for herself in journalism. According to reports, her salary stands at $56 thousand dollars but may also vary, and her net worth as of 2021 is estimated to be $1 million US Dollars.