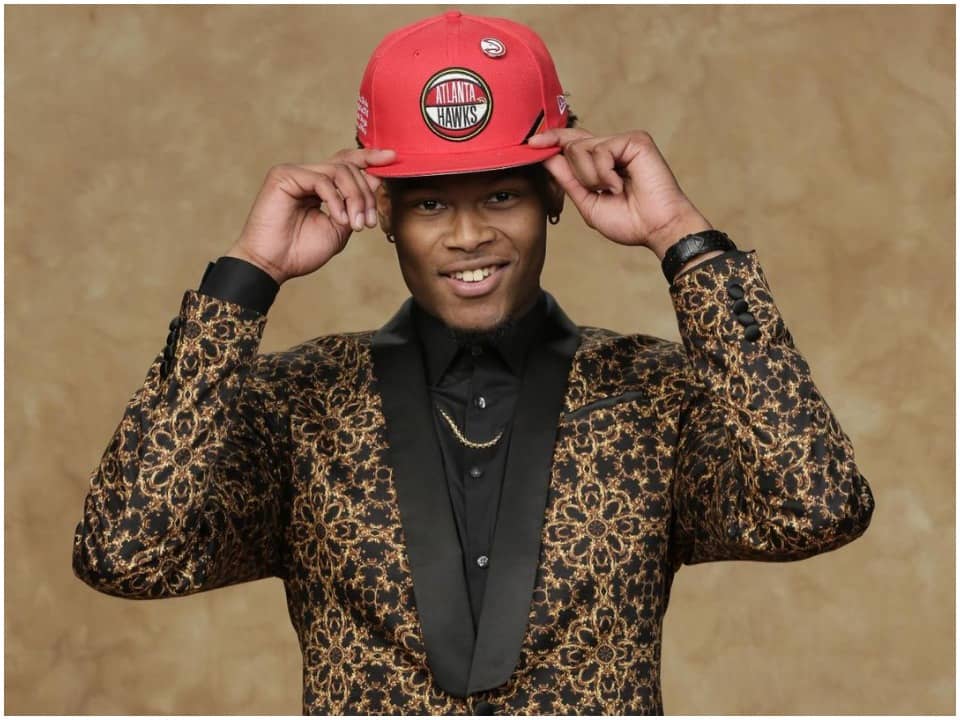 Cam Reddish is an American Professional Basketball player currently playing at the shooting guard position for the Atlanta Hawks at NBA. He has been playing professionally since he was drafted in the 2019th NBA draft prior to which he played college basketball for Duke Blue Devils.

Cam was born on 1st September 1999 in Norristown, Pennsylvania, USA. He was born in a Christian family of African-American ethnicity to his parents Zanthia and Robert Reddish. His father Robert was also a college-level basketball player but there is not much available about his mother. He grew up with his brother Aaron but much is not known about him. He is currently 21 years old. Cam attended the Haverford high school at Haverford, Pennsylvania for a while and later transferred to Westtown High School from where he completed high graduation. He was also part of the school’s basketball team. He graduated in 2017 and for his college studies, he went on to attend Duke University in 2018 although he did not complete his graduation and left in 2019.

Cam started his basketball career in High school and played for the school’s team. He was a teammate with Mohammad Bamba during his years at school and in his junior year, he managed to lead the team to win Friend’s School League maintaining an excellent average. The following year, in 2017 he also successfully led the Amateur Athletic Union team to the Nike EYBL circuit. The same year, he also played for the national team of USA U-19 in the nationals. In 2018, he played at the McDonald’s All-American, Jordan Brand Classic, and Nike Hoop Summit games and by end of the year, he was a Five-star recruit as per 247 sports, Rivals, and ESPN.

He attended the Duke University and joined the Blue Devils. In the 2018-19 season, he played with the team in Champion’s classic and was named All-ACC honorable mention. He did not continue in the following season and instead went for the NBA draft 2019. He was drafted by Atlanta Hawks and played his first-ever match as a professional against Detroit Pistons.

In his first season, he played most of the games maintaining his average and became one of the best defenders. However, he faced an injury earlier this year in his achilles muscle and went into a hiatus. His comeback was not as impressive in initial games at the Eastern Conference but in the more recent matches, he showed highly impressive performance particularly in the games against Milwaukee Bucks where he scored a 5on 5 basket.

Cam has not shared much about his personal life or relationships and there is not much available about his past relationships as well. he is currently focused on his basketball career. He is known to be a great lover of video games and Electronic Arts’ UFC 4 is among his favorites.

Cam has been playing basketball for several years and has earned a lot of income through winning tournaments. Moreover, after his NBA draft, he received a lot of money on his recruitment deal. His current contract is around $8million, moreover, his income and assets from all sources included compute his net worth up to $4.5million estimated as of 2021.

Cam is a highly talented and skilled player and always an asset to his teams. His love for the sport that he carried on from his father has made him achieve several milestones and many yet to achieve. He is enthusiastic and focused and always tried to give his best despite injuries. He has a bright future ahead at NBA and is on the path to be known among the most respected NBA players.