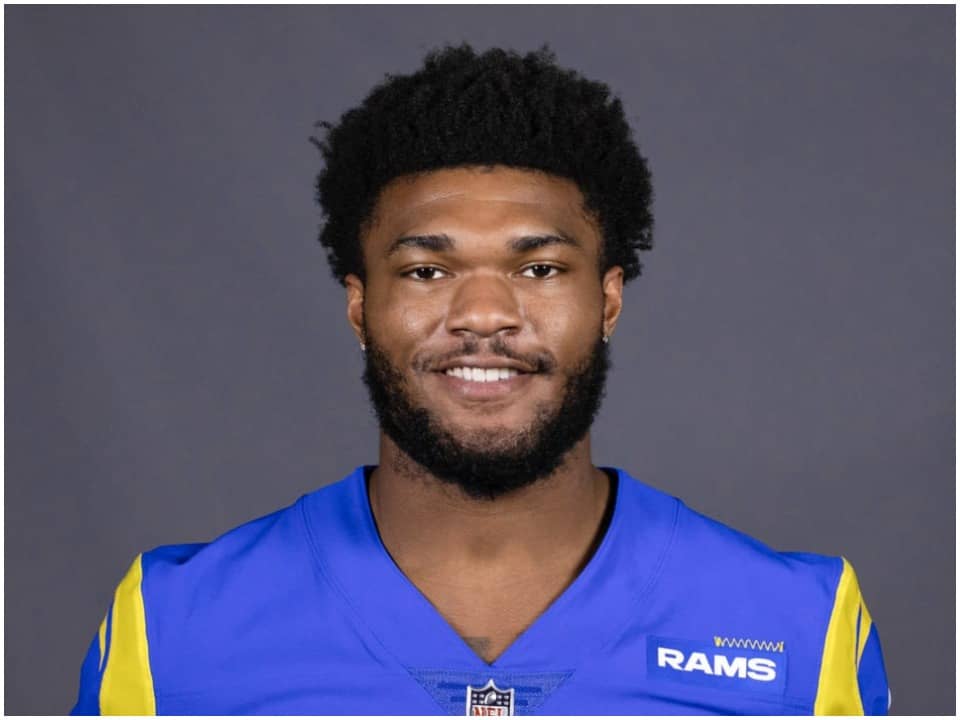 Cam Akers is a young and talented American National Football League Player for Los Angeles Rams and plays at the position of Running Back. He also played in the U.S. Army All American Bowls and won the U.S. Army Player of the Year Award in 2016.  In 2020 NFL statistics he has 625 Rushing Yards, 4.3 Rushing Average, 2 Rushing touchdowns, 11 receptions, 123 receiving yards, and 1 receiving touchdowns.

Cam was born on 22nd June 1999 in Clinton, Mississippi, United States of America. The names of his parents are Conni Akers and Angela Michael Neal. He has a sister whose name has been kept private but she has appeared on his Instagram account. At a young age, he showed a lot of interest in playing outdoor sports. Cam went to Clinton High School and completed his high school education. He played football for school time and decided to play in college as well. For his further studies, he went to Florida State University.

Cam began his career in the field of football and at high school, he had a score of 13,243 yards and 149 touchdowns. He was rated as a five-star recruit and was ranked among the top recruits in his class and soon he began his college career. The matches he played were the 2017 Independence Bowl and 2017, 2018 &2019 Atlantic Coast Conference Football season.

In the 2020 NFL Draft, he was selected by Los Angeles Ram in the second round, 52nd ranked overall. He was seen playing matches against Tampa Bay Buccaneers, New England Patriots, Seattle Seahawks, Green Bay Packers, and more teams. On 20th July 2021, he ruptured his Achilles in practice which made him end his 2021 season.

Cam is currently single according to sources and has not shared details about any of his past relationships with the media. On 5th April 2021, he made a tweet about wanting a Girlfriend. Later he rectified it by saying wife* instead and after this, he received a lot of requests from his fans and is still pouring and filling his Twitter inbox. It seems that he might start dating soon but currently is keeping his focus on the games.

Cam has earned a lot from his football career. He signed a four-year contract with Los Angeles Rams worth $6,173,035. His contract includes $2,049,480 as a signing bonus and $2,940,072 as guaranteed. According to sources his average annual salary is estimated at around $1,543,259. So we can assume that his net worth must be estimated between $1 million- $5 million. Some other sources of his income are from attending events and sponsorship.

Cam is a talented NFL player and is playing for Los Angeles Rams. At a young age, he showed interest in the field of football and actively participated in his high school team. Recently in one of the matches, it seems that he ruptured his Achilles and we wish him a speedy recovery so that he can get back to the field which he loves.