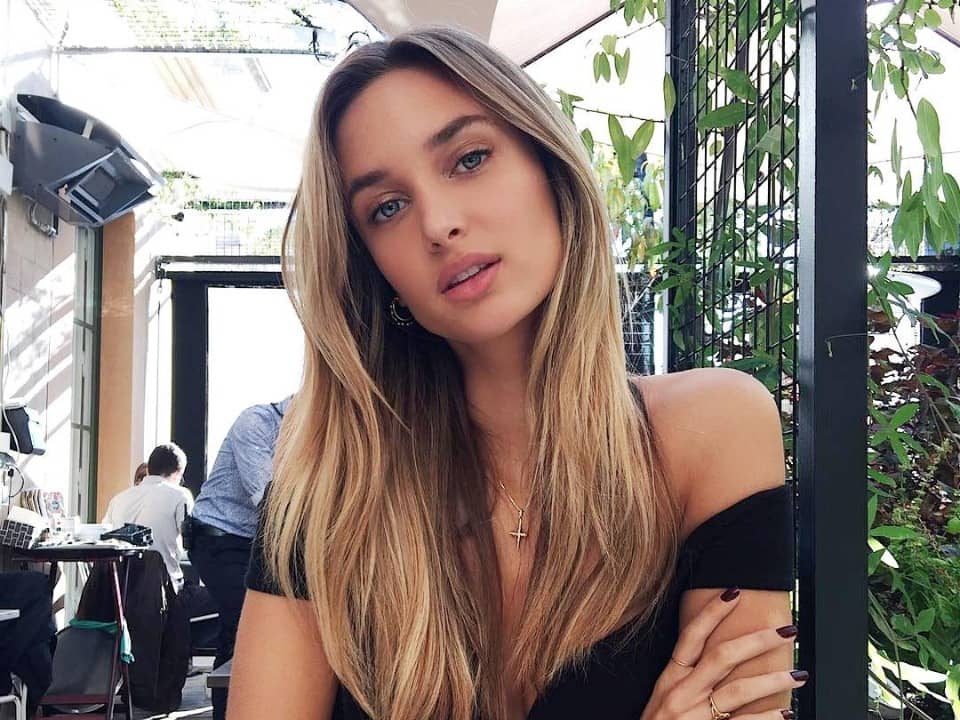 Ari Fournier is a professional Canadian model with experience of working for the past 8 years and is famously known as the girlfriend of actor Cole Sprouse. She is also a travel vlogger and a lifestyle Youtuber.

Ari was born on 29th August 1999 in Montreal, Canada, and is currently 22 years old. she was born to her parents Chantal Tetreault and Robert Fournier. There is not much information available about her father but it is known that her mother was also a model at the same agency as her. she was also a horse trainer and a barn owner. Ari has learned all her talents from her mother. She is also known to have an older sister named Gabe who is now married.

Ari has not shared much about her educational background and qualifications but it is believed that has completed her high school studies at a local high school in Montreal. She has not shared anything about having pursued any college studies.

Ari followed her mother’s footsteps and started modeling early on in her life when she started modeling on Instagram at the age of 15. She used to work on weekends while attending school. She was soon discovered and went on to work in China, Barcelona, and Italy where she also pursued Modelling. Ari was approached by several Agencies but she chose to go with her mother’s agency and has since been signed under Elite Model Management.

Ari has been working under the company for the last 8 years. She is also a YouTuber and is known to post fashion, lifestyle, and vlog style videos on her channel regularly. Ari also posts travel vlogs and documents her life experiences. She started her channel during the Pandemic to support her work life and has since gained a decent amount of followers.

Ari being a social media star, currently has 141k followers on her Instagram account. On her Youtube channel, she currently has 2.53k subscribers and more than 52,000 views. She is not known to be on any other social media platforms.

Ari is currently in a relationship with her actor boyfriend Cole Sprouse. The two met in Vancouver in 2020 and ever since they have been part of various dating rumors. They were seen performing PDA and having brunch in Vancouver a few months later which confirmed a lot of rumors and they finally made it official recently through social media when Cole posted pictures of Ari and also indirectly stated the fact in his stories. Ari started dating Cole after he broke up with his ex-girlfriend and actress Lili Reinhart in Jan 2020. She is currently settled in Montreal, Canada.

Ari has been working as a model for several years and has earned a lot of wealth. She has majorly sourced her income through modeling and has recently added Youtube as a side income source. Her net worth as of 2021 is estimated to be around $300,000.

Ari is a beautiful, young, and confident woman who realized her passion and dream for modeling and put in all her efforts early on. She followed her mother’s journey and is a successful model and YouTuber today. She has achieved a lot in life at such a young age and we hope more and more opportunities await her in the future.