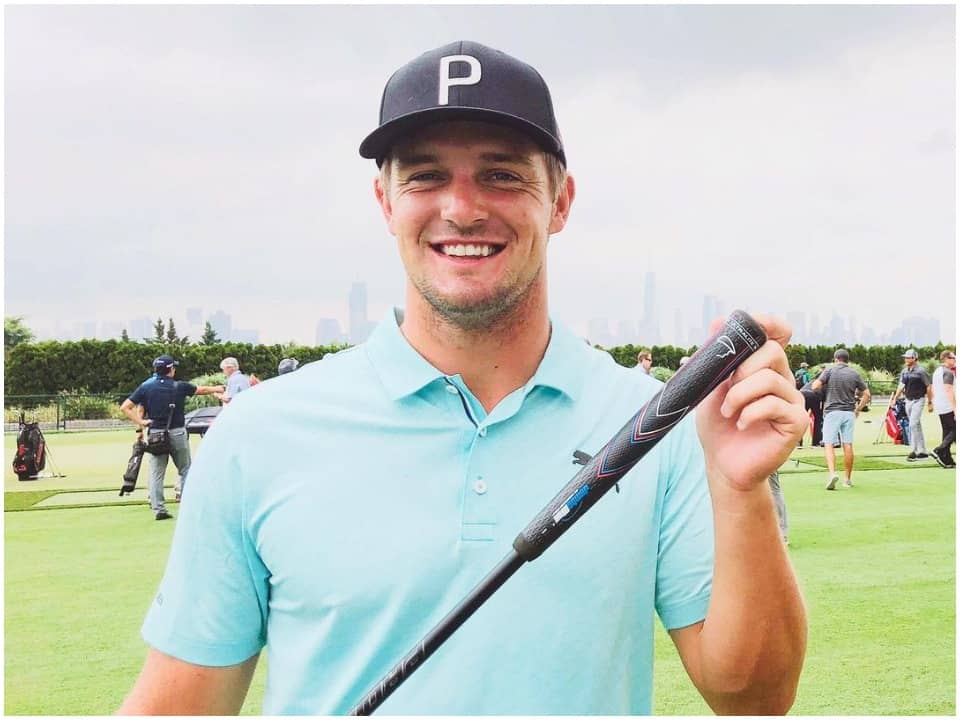 Bryson Dechambeau is an America-based professional golf player. DeChambeau is best known for his scientific approaches to sports. He has been known by the nickname “The Scientist”. While attaining the win of the US Open on his name, he became one of the third players to win all three championships and the sixth player to win the championships of US Amateur and US Open. He is the regular contender on the PGA Tour who was all set to go for the Olympic Games after Dustin Johnson declined his invitation as the positive COVI-19 ruled him out of the Tokyo Games.

Bryson James Aldrich DeChambeau was born on 16th September 1993 to his parents named John Howard Aldrich DeChambeau and Janet Louise Druffel. He was brought up in Modesto, California. Later he moved to Clovis at the age of seven with his family. He visited Clovis East High School and won the California State Junior Championship when he was merely 16 years old. He attained his graduation in 2012 and took the credit of his scholarship from the Southern Methodist University in Dallas, Texas.

Immediately after he attained his master’s in mid-April 2016, Bryson DeChambeau turn out to be a professional player and signed a long-term contract with Cobra-Puma Golf.  He didn’t earn enough points at FedEx Cup for the season of 2017 on the PGA Tour but later get qualified for the Web.com Tour Finals. On 16th July 2017, he made the win of the PGA Tour on his name in the John Deere Classic by striking a single stroke. He reached the final round by carding a round with 65 and made the win over his maiden title in his 40th start on the tour. This made DeChambeau win the place of Open Championship 2017 where he missed the cut in the later round.

In March 2021, he won the title of Arnold Palmer Invitational at Bay Hill Club & Lodge that was held in Orlando, Florida. His recent game was held at Maryland by the name of BMW Championship where he lost the sixth hole due to a sudden-death playoff to Patrick Cantlay. Currently, Bryson is playing at the 2020 Ryder Cup and performed exceptionally well that it’s too tough for Europe to come back in the tournament. He hit an unbelievable 417 yards monstrous drive and his fans can’t get enough of him.

DeChambeau is well cheered by his long-time girlfriend named Sophia Phalen Bertolami. Sophia is not just a pretty face but a lady with a pretty good mind also. She has graduated from Chapman University in 2014. Sophia is a well-educated female nurse student who studied pharmacology at Belmont University in Nashville. She is recently 27 years old and seems to be with DeChambeau all his way to major championships. Recently, Sophia posted a picture of her with DeChambeau while congratulating him for his win over the final round of US Open 2020. They have been dating together since the 2018 Ryder Cup. Sophia turned to have almost 59,000 followers on Instagram who loves to share saucy selfies and occasional post pictures.

Bryson DeChambeau has won multiple titles including US Open 2020 and has become one of the fifth players to win the title of NCAA Division 1 championship and the US Amateur in the same year. In 2016 after attaining his graduation, he started playing professionally for RBC Heritage and signed his pro-debut days while earning $259,000. The decision to turn out to be professional was mound to exempt his win for US Open at Oakmont and Open Championship at Royal Troon but later he won the title of US Open that made him achieve 15th place and earnings of around $152,000.

His winnings made him reach the world ranking of 148. At the Tour Championship, DeChambeau completed the game while being 19th out of the 30 participants. As a result, he attained the position of being at 3rd place in the FedEx Cup that further made him win the overall amount of $2,000,000. DeChambeau is estimated to have a net worth of around $14 million. He is expected to attain a luxurious lifestyle for himself while being at the age of 28 years old.