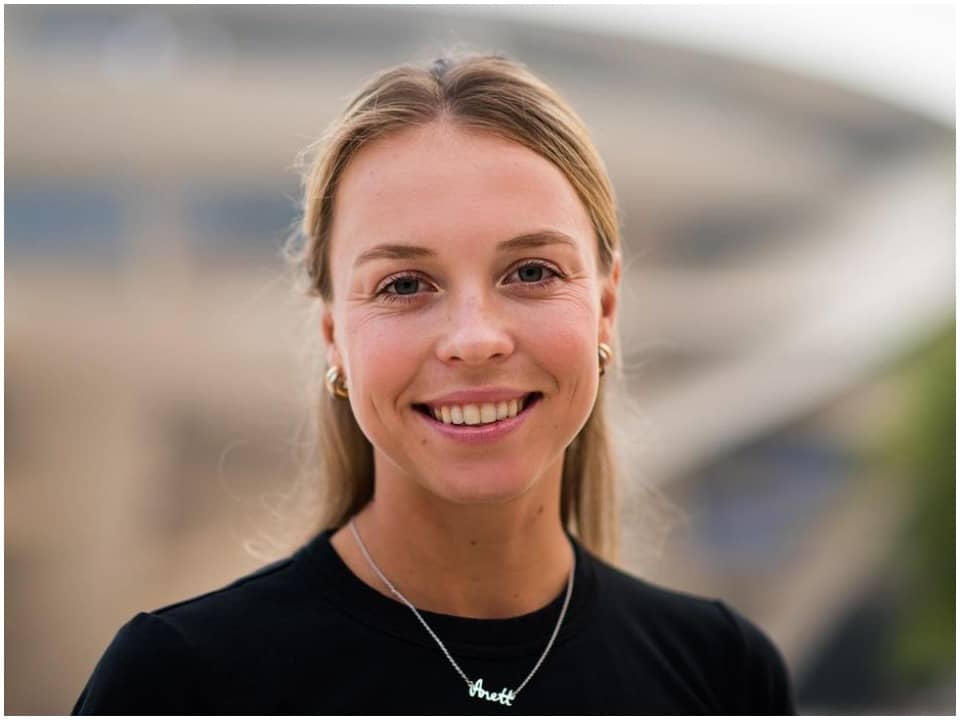 Anett Kontaveit is an Estonian Professional Tennis Player. Her playing style is Right-handed (two-handed backhand) and is being coached by Ain Suurthal. She has a career record of 65.4% and has been ranked No. 29 in singles while No. 209 in doubles. Currently, she is seen playing at Ostrava Open in the final against Maria Sakkari.

Anett Kontaveit was born on 24th December 1995 in Tallinn, Estonia. The names of her parents are Ulle and Andrus and also has a half-sister whose name has not been shared with the media yet. At the age of six, she was introduced to tennis by her mother and was her coach until age 11. In 2004 she went to a school named Puunsi School where she was an active student in playing tennis and participating in practice and folk dance. Later she went to Istanbul to train herself in tennis. She began her training session with an Australian coach named Paul McNamee at KozaWOS Academy.

Anett began her career by playing tennis. In 2011 she was seen on the junior tour. She won against Danka Kovinic and Ashleigh Barty but lost against Irina Khromacheva. She won her first ITF title at Tallinn Open by beating Zuzana Luknarova in the finals. Further, she was seen playing at Savitaipale Open, Tampere Open, Stockholm Open, and many more matches. Her performance at the Orange bowl gave her junior ranking of No. 9 career high. She also won the European Under 16 Junior Doubles Championship. In 2012 she was seen at the Under 18 girls tournament in Australia. She also played at Australia Open, Danish Open, French Open, Wimbledon, and US Open. The biggest win of her career was when she played at Fed Cup Europe/ Africa Zone.

In July she played at the President’s Cup event in Astana, Kazakhstan where she lost in the first round of qualifying against Sun Shengan. In 2013 and 2014 she was seen playing in various matches. The matches were Australia Open, Wimbledon, Canadian Open, Swedish Open, Miami Open, ITF tournaments. She entered the world’s top 250 at the age of 18. She was also diagnosed with infectious Mononucleosis. In 2015 she played Australian Open and defeated Paula Kania in the first round of qualifying and lost a match against Evgeniya Rodina. She was also seen playing at French Open, ITF events, Wimbledon, Swedish Open, Istanbul Open, Baku Cup, Vancouver Open, US Open, WTA Tournament, and many more.

In 2016, 2017, and 2018 she kept on playing and earned various titles or honors. She was seen at the WTA tournament and won a title which made her top 40 debut. Along with that, she hired Nigel Sears as her new coach at the start of the grass-court season. In 2019 she played in various matches but later withdrew from two premier events, Wuhan Open, Linz, or Kremlin Cup. This made a drop in her rankings but the reason behind withdrawal was her ongoing illness and a small operation. In 2020 she started the season at Brisbane International and defeated Hsieh Suwei but lost against Kiki Bertens in three sets.

She also played at the Australian Open, Cincinnati Open, US Open, French Open, Ostrava Open, and many more games. In 2021 she started the new season at WTA 500 at Abu Dhabi as 10th seed ad lost to Veronika Kudermetova. She also made a debut at the 2020 Tokyo Olympics and was defeated by Maria Sakkari. Some other matches where she was seen are Australian Open, Miami Open, French Open, and many more. She withdrew from the Italian open but was seen at 2021 Eastbourne International, 2021 National Bank Open, Western &Southern Open, and Ostrava Open.

Anett is currently single. The details about her current or past relationships have not been shared with the media yet. She likes to be focused on her career and train for the upcoming matches. Along with that she also spends her quality time with her family and friends.

Anett Kontaveit has earned a lot as a professional tennis playing and by also playing at International tournaments. She has earned prize money of $5,681, 595, and also earns from brand endorsements. According to sources her net worth has been estimated at around $6.5 million.