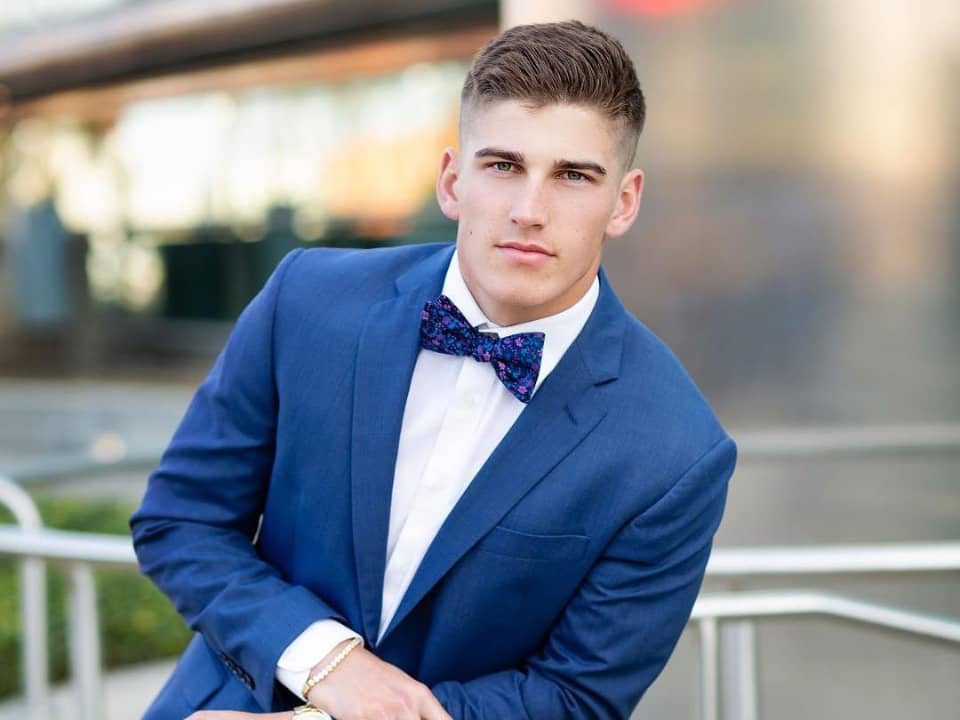 Brock Jones is an American Collegiate Baseball player who currently plays at the Outfielder Position for the Stanford University college team. He is a former All-valley champion and was recently named the Collegiate Baseball National Player of the week.

Brock was born on 14th June 2001 in Fresno, California. He was born in a family of Athletes as his father Bryce Jones is known to have been a rower during his college while his mother Sevi Jones was a Volleyball player at Fresno Pacific. His grandfather was also an athlete and played football at the college level in Oregon. Brock grew up with his older sister named Madison but much has not been shared about her. He is currently 20 years old.

Brock is known to have completed his high school graduation from Buchanan high school in Clovis, California. He was part of the school baseball and Football team and later went on to join Stanford University in 2019 after he was drafted the same year and continued to play baseball for the college team. He is currently in his sophomore year of college but his major is undeclared.

Brock started his career as a high school baseball player at Buchanan school and built a successful record. He became the All-valley titleholder for three years in a row from 2017 to 2019 and also received the honor of Perfect Game All-American. Jones was a part of the NorCal baseball team from 2015 to 2019 and represented the team at the club level. He also played football for his school and was also named the All-valley champion in Football in the years 2016 and 2018. He also represented the USA at the U-16 and U-17 football games on the National level.

Later, in 2020 he graduated from high school and continued his career in Baseball with the Stanford Cardinal Baseball team where he currently plays as an Outfielder in his sophomore year. In his first season, he started all the games maintained an average of 0.228 throughout the season showing great form. His debut game was against Cal State Fullerton and continued to play and make records for the team throughout the year.

In the recent 2021 season, he depicted skill and excellence as he scored three home runs and two doubles against San Francisco which led him to win the title of Collegiate Baseball National Player of the Week in March. More recently, he again scored three homers against Texas Tech which led his team to enter the College World Series. The team qualified for the first time since 2008 after continuous losses in previous years. He also runs a thrift shop named Simply thrift where he sells vintage and affordable apparel through Instagram.

Brock is highly active on social media and on his Instagram account, he currently has a total of 29.4k followers where he likes to share pictures with his teammates, snippets from his matches, his career updates, etc. He is available on Twitter as well since 2013 where he currently has 1661 followers. Other than this, he is not known to have accounts on platforms like Facebook and Snapchat.

Brock being a college-level baseball player, does not have fixed earning but earns through his matches and contracts being a teammate of Stanford Cardinal. He has been part of the team for two years and has won several games and made new records through which he earned wealth as well as recognition. He majorly supports his income through his baseball career ad also adds to it through his side-hustle thrift business. His estimated net worth as of 2021 is estimated to be around $600,000.