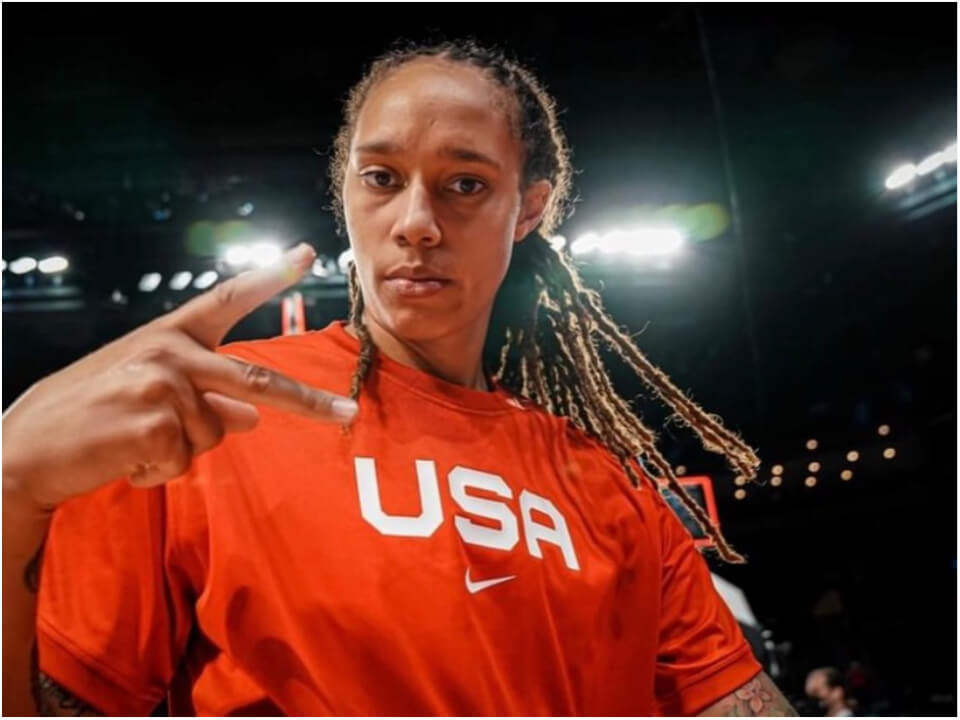 Brittney Griner, in full, Brittney Yevette Griner is an American personality who is professionally playing basketball for the Phoenix Mercury of the Women’s National Basketball Association (WNBA). Previously, she played basketball in her college for the Baylor Lady Bears in Waco, Texas. She has earned the honor of three-time All-American and was named AP player of the year and the most outstanding player of the final four in 2012. She has also been named as the nation’s no. 1 basketball player in high school by Rivals.com. Among the various honors and accolades, she has received the Best Female Athlete ESPY Award in 2012.

Brittney Griner is 32 years old as of 2022 because of her birth in 1990. She was born to her loving and caring parents named Raymond and Sandra Griner. Her father has worked as a Harris County sheriff and Marine veteran and served in Vietnam in 1968 and 1969. She shared her childhood with her three older siblings and all are said to be sisters.

Brittney Griner was drafted by the WNBA in 2013 by the Phoenix Mercury as the first overall pick. She played her debut game on 27th May 2013 against Chicago Sky, where she made the record of the WNBA dunk, producing two dunks to equal Candace Parker’s career total. Thereby, she became the third WNBA player to produce dunks and the first to do it twice in one game. She had to miss the 2013 WNBA All-Star Game because of an injury in her right knee and was later replaced by another player Tina Thompson during the time. Griner re-signed with Mercury on 12th March 2017 after her rookie contract expired.

In 2020, her playing season was shortened by COVID-19 and therefore she played only 22 games in a bubble at IMG Academy. After she completed 12 games, it was announced that Griner would be leaving the bubble because of certain undisclosed reasons. Without Griner, the team would make 13–9 as the number 5 seed and they could make it until the second round only after losing the game to the Minnesota Lynx in the elimination round.

Her Trial for the Drug

On 17th February 2022, Griner was found with drugs and was arrested in Russia for the assault of keeping drugs with herself. She was detained at Sheremetyevo International Airport, where she was found carrying vaporizer cartridges containing hash oil. She is one of the top gold medalists flourishing in the WNBA in recent years. Although she has been found guilty and said that she had the substance unintentionally in her bag, she continues to have support from the basketball teams and WNBA peers. If Griner would be sentenced for the assault she did, she would be given at least 10 years of imprisonment in the case. However, the trial was adjourned until 14th July 2022 and Griner expressed her thoughts that she committed the act through negligence.

In one of her interviews, Griner announced that she is lesbian. She also revealed that she was bullied as a child because of her bigger size, sexuality, and everything. She feels herself to be passionate about teaching children to bring attention to the issue of bullying, particularly against LGBT people. On 14th August 2014, Griner announced her engagement with her fellow WNBA player Glory Johnson. Despite their engagement, they both were arrested on the charge of assault and disorderly conduct because of the fight where both partners were found to have some injuries. Despite this incident, the two exchanged the rituals of marriage on 8th May 2015 in Phoenix. Then on 4th June 2015, the pair announced that Johnson was pregnant with twins.

Within less than a month, Griner filed for an annulment of the marriage citing fraud and duress, which was later denied. Later on 12th October 2015, Griner’s wife Johnson gave birth to two twin girls in the 16th week prematurely. During the time, Griner was given the notice to pay expenses for the upbringing of the children and holding the expenses of her wife Johnson. Later the couple filed for divorce in June 2016. In August 2018, Griner got engaged to Cherelle Watson and later they exchanged the rituals of marriage in June 2019. Watson changed her last name and announced her publicly as Cherelle Griner.

Brittney Griner is holding a net worth of around $5 million with an annual peak salary of $227,000 which is the maximum in the WNBA league. She also plays periodically overseas with much larger paydays. Back in 2014, she had a salary of around $600,000 to play for a Chinese team for three months. Most recently, she played for Russia, and her total earnings of around $1.5 million.