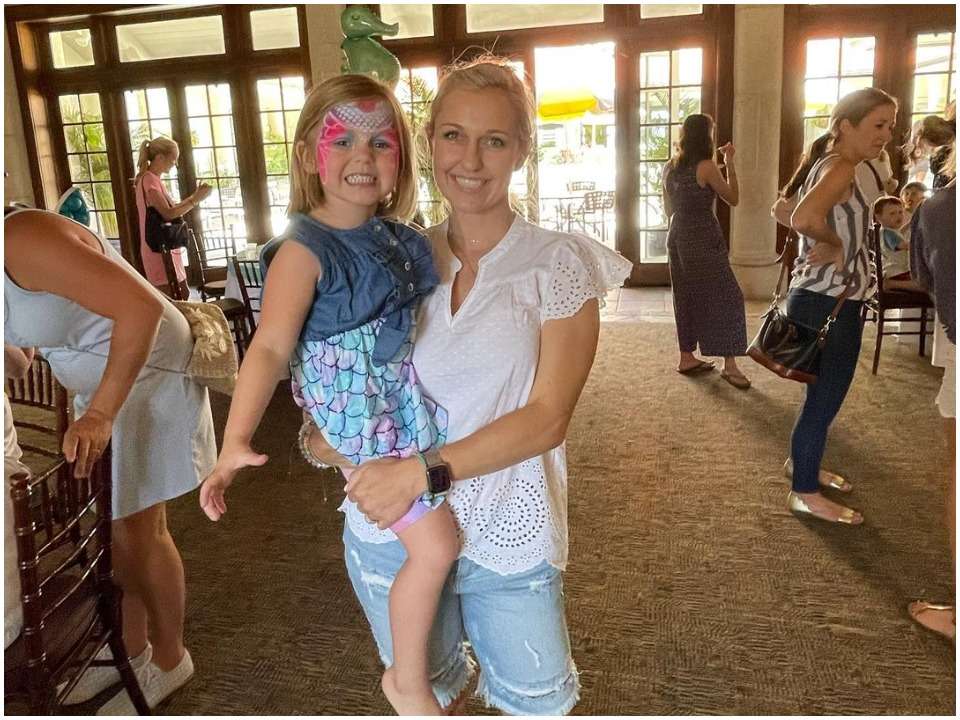 Brittany Horschel is the wife of American professional golfer Billy Horschel. The husband, Billy Horschel won a game back in 2017 after which his wife Brittany came into the headlines as she had to make some statements in front of the media. Brittany Horschel revealed on Twitter that she was alcohol addicted because of which her husband Billy had to go through a hard time tackling the situation. Now (back in 2017), her husband is rocking over the field, so she was there on social media to accept the truth.

Brittany Horschel was born on 8th December 1987 in Chicago, Illinois where she spent her entire childhood. Her father Chase Nelson and her mother Deborah Nelson provided all the necessary resources while she grew up to nurture her future. She grew up along with her brother Brad Nelson and she went to the University of Florida for graduation. Apart from this, there is no information that can be found regarding her earlier life so we assume she likes to keep her private life away from the limelight.

Billy Horscel met his future wife Brittany long years ago when he was playing as a junior and she was present at one of his tournaments in the audience. Billy has described the incident of his meeting with Brittany on his official website and said that it was love at first sight. She was also an athlete but because of her ongoing wrist injuries, she was unable to compete at the highest level. The couple exchanged the rituals of marriage back in 2010 and the family became complete when they first gave birth to their first child, Skylar Lillian- a girl. The baby daughter was born two days after Billy won the FedEx cup back in 2014.

It was the time when Billy Horschel won one of his tournaments back in 2017 and one day later, his wife amazed the fans with her reaction on social media. Brittany, who was (then) 30 years old, broke her silence about her alcoholism. She said that one year ago she began her journey to be mentally, and physically strong and including all health aspects. She revealed on social media that without no shame she can reveal that her family and friends helped her save her marriage. In one of Billy’s interviews with the USA today, he revealed how proud he is to have her in the form of his wife. He was also proud of his wife’s courage to fight alcohol addiction and struggles.

He has described the birth of his first daughter and said that the baby was waiting for him to win the match and come home with a trophy and prize and see her later. Later in 2017, the couple gave birth to another baby daughter named Colbie Rae. Thereafter, the family welcomed their third child- a baby son on 5th February 2019. The family became a pack of 5 with the blessings of God. Billy has described on his official website that his wife Brittany completed him and he would not be the man he is today without the support of his wife. He thinks himself to be lucky enough to have a career in the field which he ever loved, to have a wife he loved, and to produce three kids with his loving wife, who completes him.

Billy Horschel is 35 years old United States-based professional golfer who is being adored by many on his social media profiles. He is a married personality who is known to have a beautiful wife and he has been sharing three children with her. The family is known to be living in Jacksonville Beach, Florida. Billy worked hard since his school days to prepare himself for the success and professional career of golf. After school, he was offered a golf-related scholarship, where he was given the chance to be admitted to the University of Florida. He began his professional career back in 2009 and long before this year, he was the rising star in the field of golf.

He won three -times first-team honors and was given the honor Southeastern Conference (SEC) Player of the Year title back in the years 2007 and 2009. While playing for the 2018 FedEx Cup, he won the prize money of around $11 million. Earlier to this in 2017, he won the total earnings of the season as a whole in the golf tournament worth $4 million. In one of his tournaments in September 2014, Billy left behind his competitor Rory McIlroy by one stroke and left for home with the winning amount of $14 million. Billy Horschel is considered among the members of wealthy golfers of the country. Billy’s estimated net worth is somewhere around $10 million, which is enough to provide him and his family with a luxurious lifestyle.