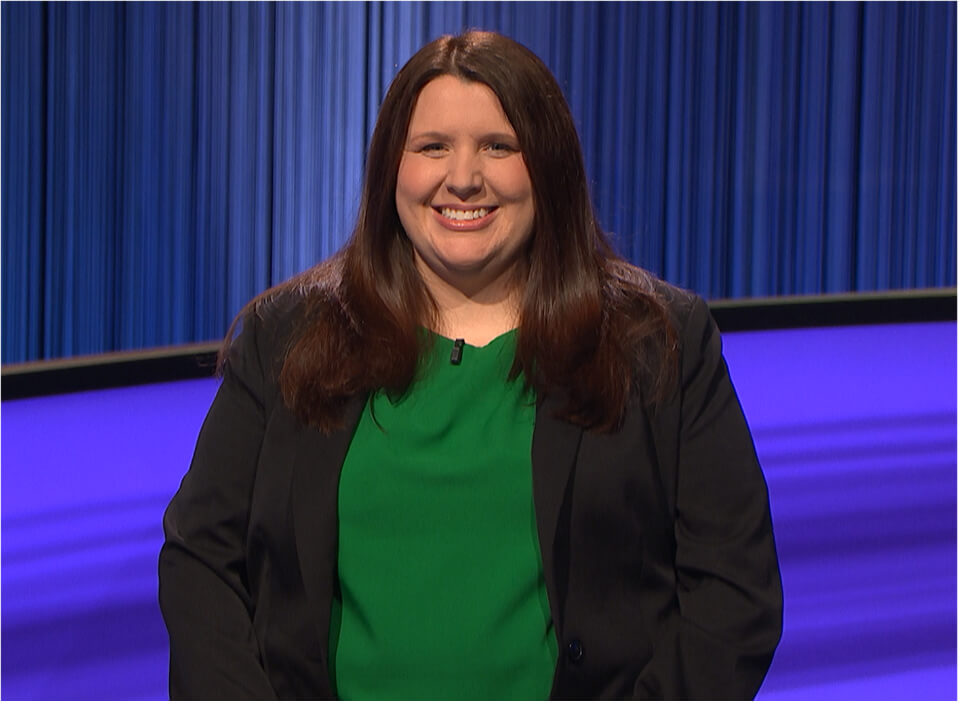 Brianne Barker is an American personality and a new contestant on the set of Jeopardy. She participated in the television show on 27th July 2022. Brianne confessed on the stage that she has been watching the show for many years. She had to try for the test many times to appear on the show. After going through various processes each passing year, she finally got the chance to appear for the show when she was first called for the purpose.

Brianne began her professional life with her research work at Duke University during the time of her graduation. She was an undergraduate student researcher from 1998 to 2002. Thereafter, she began her teaching fellowship at Harvard University. There at the university, she held the position of a tutor for one year, teaching assistant for two years, and Ph.D. candidate for Immunology when she submitted her Dissertation research in the laboratory of Dr. Norman Letvin. During the time, she was also given the responsibility of mentoring an undergraduate student for guidance on the thesis. She also held the position of postdoctoral research fellow at Beth Israel Deaconess Medical Center and later as the contract editor for American Journal Experts.

After working as the postdoctoral research fellow for another year and holding the position of assisting students while being with the assistant professors, she was officially hired as the Assistant Professor (August 2013 to August 2019) at Drew University. She had success one by one while being in the teaching line and covered the responsibilities of Associate Professor,  Director of Drew Summer Science Institute (holding since February 2020), and finally the Director of Undergraduate Research (holding since July 2021).

Since 2013, Dr. Brianne Barker has been working at Drew University as an Associate Professor of Biology. She teaches courses in Immunology, Science writing, Virology, and other emerging infectious diseases. Brianne is also carrying out her laboratory research on understanding innate immune responses to viral infection. She has worked as the co-host of two podcasts describing science and education and the names are “This Week in Virology” and “Immune”.

Dr. Brianne Barker stood against Ed Coulson and Colleen Birney. On the day of 27th July, Ed Coulson entered the show as the two-day winning champion with a total winning amount of $40,200. Initially, Barker got the comfortable lead after she finished the first round of Jeopardy. She bagged $8,700 while Ed Coulson had the total earning for the day was $3,600 and the third contestant Colleen Birney sat in third place with the winning amount of $2,000.

Coulson fought back and had a total winning of $17,600 with the leading place in the Double Jeopardy round. During the time, Barker had the winning of $14,700 while Birney bagged $8,200. All the three contestants of the day gave the wrong answer for the final Jeopardy. In the end, Coulson’s big wager backfired and he reached second place whereas Barker got the leading place and became the new Jeopardy champion.

How did Dr. Brianne Barker reach the stage of Jeopardy?

Brianne revealed that she has been giving her qualifying tests to appear on the stage of Jeopardy since 2012. First, she got an invite for the audition in 2018 but she did not hear back. She kept trying and passing the qualifying tests one by one or year by year. She received intimation from the stage in August 2021. After two zoom auditions and a lot of waiting for another year, she received a text from the Jeopardy producer in April 2022, saying that they have officially booked her. She had to keep the secret of getting selected for Jeopardy until she could appear on the stage.

Brianne Barker has not given any information regarding her past love affairs. She is known to be unmarried at the moment. Also, she seems to be very focused on the career that she has been maintaining since the beginning of her higher education in college.

Brianne Barker is surely earning well because of her only profession in the line of teaching. She has been an associate professor at Drew University since 2013 and helps several undergraduate students receive daily teaching and learning classes. For the moment, Barker’s estimated net worth should be somewhere around $2 million. Besides, Barker finished the Jeopardy game on 27th July 2022 with the maximum winning amount of the day, i.e, $11,700.