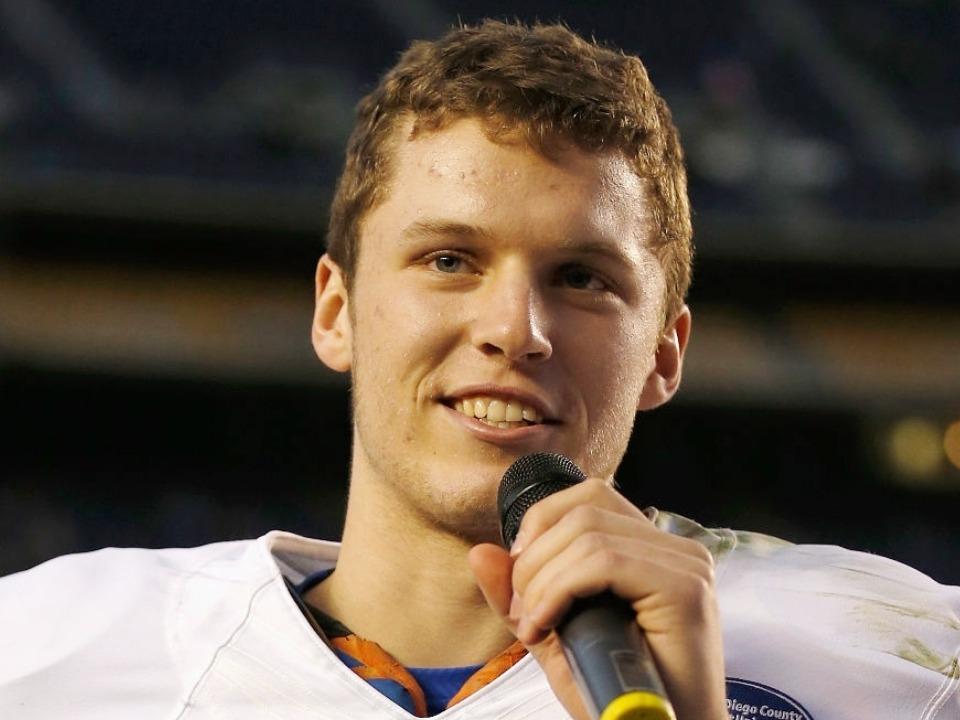 Brett Rypien is a professional American football player playing for the team “Denver Broncos” of the National Football League. He has been positioned as a Quarterback. In 2019 he signed the contract with Broncos as an undrafted free agent for a guaranteed salary of $146,000 with a signing bonus of $10,000.

Brett was born on 9th July 1996 in Spokane, Washington.  His parents are Tim and Julie Rypien. His sibling’s names are Keara Rypien and Brigid Rypien. Growing up he was always into playing sports. He attended Shadle Park High School where he played football as a quarterback. He graduated with a 4.0 GPA and was admired for his hard work as along with playing football he managed to score great marks in studies. For his higher studies, he went to Boise State University in January 2015.

When he went to university, he played the third round for Bronco’s season. In 2015-18 he played against UNLV Rebels, Northern Illinois Huskies, New Mexico, Troy Trojans, University of Oregon, University of Connecticut, and Boston College. Being a college student, he showed great temperament and gained limelight with his outstanding performances during his college career. In the 2019 NFL draft, he made quite an impression at Boise state but there was some issue over his hand size and lack of arm strength.

On 27th April 2019, he played for Denver Broncos as an undrafted free agent. Later on 1st November 2019, he was promoted to be the backup quarterback. On 27th September 2020, he played the game against Tampa Bay Buccaneers and scored 8 passes for 53 yards. In the next game against New York Jets on 29th September 2020 he was named the starter for week 4. They won this match with a score of 37-28 where Brett scored 2 touchdowns, 3 interceptions, and 242 yards.

Brett is currently dating Laura Buck, a young and gorgeous interior design. According to sources, they started dating on 9th April 2016. The couple seems to keep their relationship low key on social media.

Brett earns his income from playing American Football and his net worth has been estimated at around $432,056. He is active on his social media accounts. His Instagram account has 14.6 thousand followers while on twitter he has 7,439.