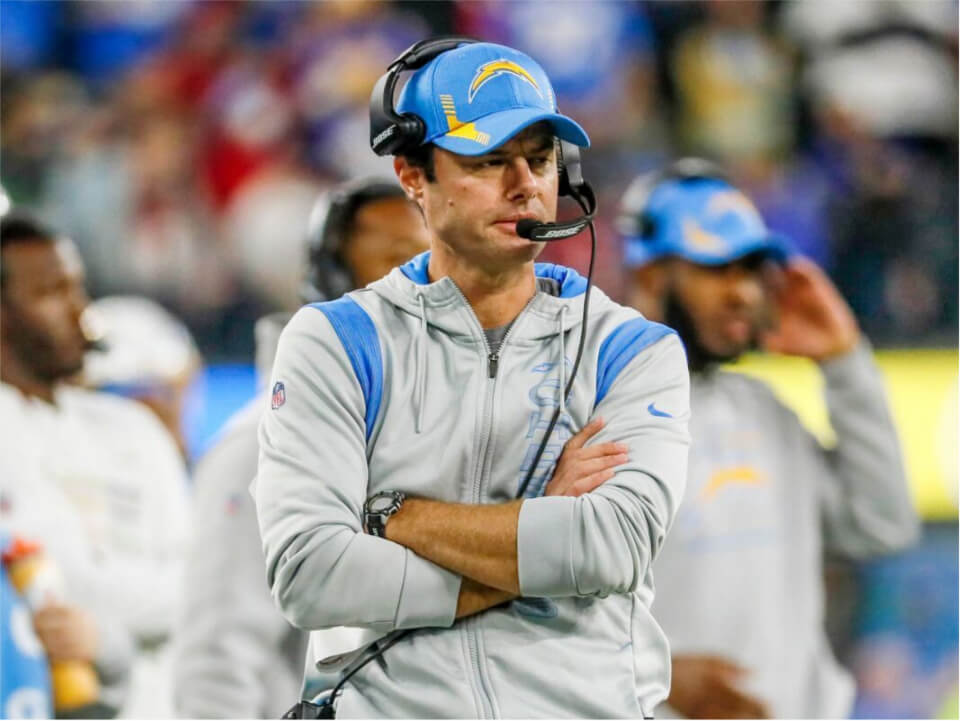 Brandon Staley is an American Football Coach and has closely worked with various NFL teams. His regular season record is .560. He started his journey as a quarterback player and later on as a Graduate Assistant for Northern Illinois and is currently working for Los Angeles Chargers as their Head Coach. In addition to that, he has assisted Los Angeles Rams, Denver Broncos, Chicago Bears, and many other teams.

Brandon Staley was born on 10th December 1982 in Perry, Ohio. The names of his parents are Linda and Bruce. He also has a twin brother whose name is Jason. At a young age he showed active participation in playing American football Along with that he has enjoyed playing sports with his brother. Brandon has completed his high school education at Perry High School in Ohio. Along with that, he went to the University of Dayton to pursue a course for his higher education. In addition to that, he also went to Mercyhurst College and was seen on their football team in 2005.

Brandon started his career as a quarterback at university but later he decided to work as a team coach for the team. In 2006 he worked for Northern Illinois as a graduate assistant. Later in 2009, he worked with defensive linemen and special teams at Division III at St. Thomas. Next year he was seen at Hutchinson Community College as an associate head coach. The 2012 season was spent with Tennessee as a graduate assistant. Later he was seen at John Carroll University working as the defensive coordinator and secondary coach in 2013,2015 and 2016. Next year, Chicago bears hired him as their Outside linebacker’s coach. After working with an NFL team, in 2019 he was hired by Denver Broncos as their outside linebacker’s coach.

On 16th January 2020, he worked as a Defensive coordinator with Los Angeles Rams. Next year he took over the charge of head coach of the Los Angeles Chargers. After 6 months he made his debut as a head coach against Washington and ensured the victory of the chargers with a 20-16 score. Recently in 2022 after a loss in week 10 against the San Francisco 49ers, the expectations were high in terms of performance. Although he is unlikely to be fired, if things do not improve then he might get replaced. Colin Cowherd shared major issues and criticized Chargers saying that the team lacks identity. He is trying his best to improve the team and ensures to keep the players motivated. Soon he will prove the people wrong and will lead the team to the top.

Brandon tied the knot with Amy Ward. Amy went to Northern Illinois University and Sycamore High School and works as a school teacher. The duo has been together since 2011 and got married at an intimate and private wedding ceremony. They are also blessed with three children named Colin Staley, Will Staley, and Grant Staley.

Brandon has earned a lot in his career by working as a Coach to various NFL teams. He was seen playing the roles of Head Coach, Defensive Coordinator, and Outside linebackers coach for various NFL teams. Along with that he currently signed a $1 million annual salary contract with Los Angeles Chargers. It is estimated that his net worth is about $2 million.