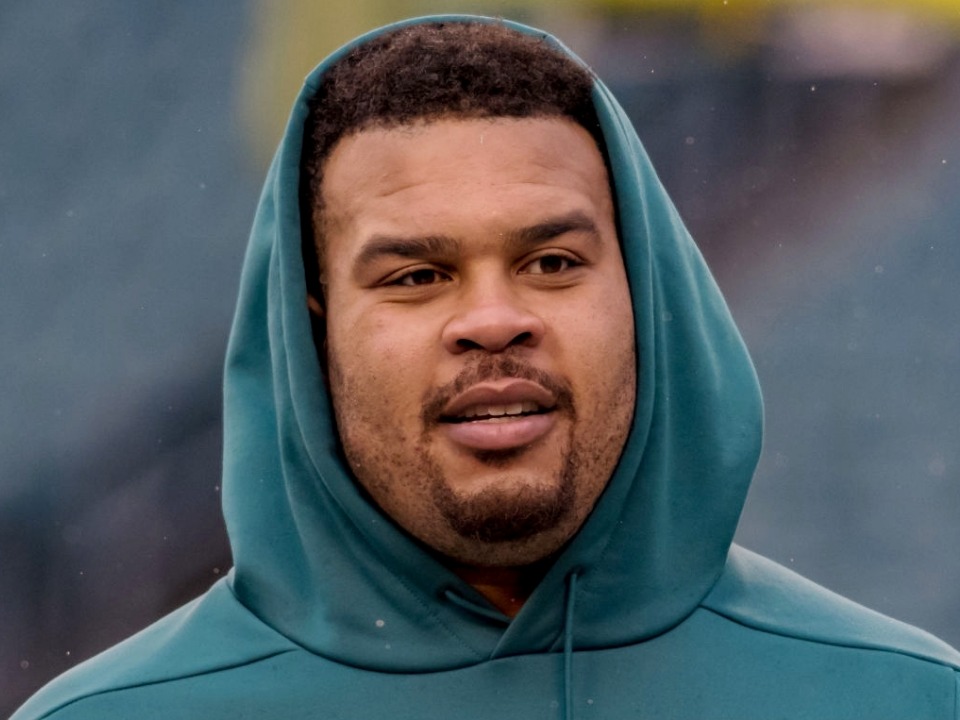 Brandon Brooks was born on August 19, 1989, in Milwaukee, Wisconsin, United States. His father’s name is Robert Brooks while her mother’s name is Dorothy Brooks although, there is no information available regarding their profession. He completed his high school education at Riverside University (Milwaukee). In 2016, Brooks was diagnosed with a stress-related anxiety disorder which was seen only on his game days, even after treating his stomach ulcers. His position is “Guard” in his team and his number is “79.”

In Brooks’ rookie season, he was inactive for the first 10 games. He was then used as a reserve for the final six games as well as two playoff games. In the 2013 season, he became a starter and remained there throughout his time within Texans. On March 9, 2016, Brooks signed a five-year contract of $40 million with the Philadelphia Eagles. Brooks was named to his first Pro Bowl in 2019 along with right tackle Lane Johnson after starting all 16 games at right guard. He could not be in the Pro Bowl because his team advanced to the Super Bowl. Brooks would win his first Super Bowl when the Eagles defeated the New England Patriots in Super Bowl Lll by a score of 41-33. Brooks was named to his second Pro Bowl on 17th December 2018.

They defeated the Chicago Bears in the wildcard round. They then lost to the New Orleans Saints in the divisional round. The loss was very costly for Brooks, as he suffered a torn Achilles. He then returned in 2019, as he also incorporated Kung fu in his off-field training. On November 11, 2019, Brook signed a four-year $54.2 million contract extension through the 2024 season with the Eagles. On December 17, 2019, he was named to his third straight Pro Bowl. It was announced on 15th June 2020 that Brooks tore his Achilles and will miss the upcoming 2020 season and placed on the active/ physically unable to perform list at the start of training camp on August 4, 2020, and placed on reserve at the start of the regular season on September 5.

Brooks has an Instagram account with the username @bbrooks_79 in which he has 75.1 thousand followers. He posts pictures and videos on his social media every now and then and keeps his fans updated about him. On December 20, 2020, he posted his video of him exercising with the caption that it has been 6 months since his Achilles surgery.

The 32-year-old football player is unmarried and has no children. Currently, He is dating Shalise Lugo, a native of Santa Paula and a former softball pitcher for the Redhawks. There is no information available regarding her career though but the couple shares so many pictures of them spending quality time together on their social media profiles.

The Eagles signed right guard Brandon Brooks to a four-year contract extension that makes him the highest-paid guard in the National Football League. According to Brooks’ representative, the deal was worth $56.2 million, with $30 million guaranteed. It will last through 2024. It is estimated that his net worth is around $28 million.