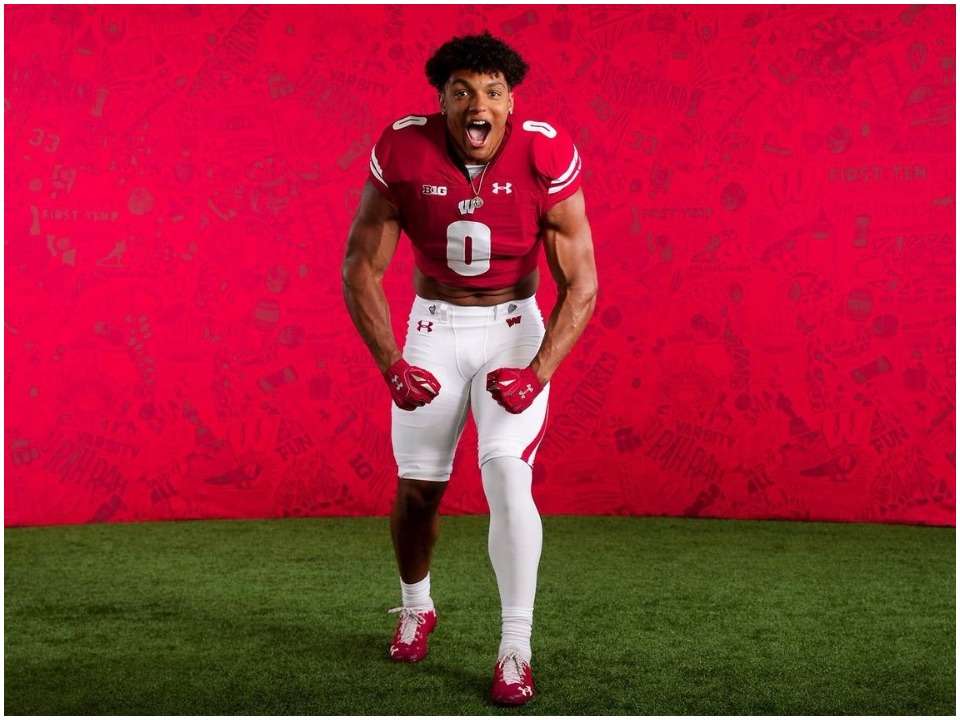 Braelon Allen is an American Football player who recently joined Wisconsin Badgers as a running back. He played for Fond Du Lac high school and finished his career with a great four-star record. At the moment, he is making waves and breaking records in the ongoing NCAA Men’s Football tournament because so many sports portals already said him the next big thing in the upcoming days in the NFL.

Braelon Allen was born on 20th January 2004 in Fond Du Lac, Wisconsin. He was born into a black Christian family but has not shared the names of his parents and family members. He is also not known to have any siblings. Braelon completed his high school education at Fond Du Lac High School in Wisconsin and later, to make a career in collegiate football, he joined the University of Wisconsin in 2021. He is currently in his freshman year of college but his major of studies is not known.

Braelon started his career in high school where he managed to have an excellent record. In his sophomore year, he recorded 48 tackles with 3 interceptions and was also named the Second team sophomore All-American by Max Preps. He completed a total of 1039 yards with an average of 14.6 yards. He also became the WFCA All-State team for defense and offense. By the end of his high school career, he was named a four-star recruit by all the major sports rankings like 247 sports, Rivals, and ESPN. He received offers from several college teams like Notre Dame, Michigan State Spartans, Michigan Wolverines, and Wisconsin Badgers. Allen committed to Wisconsin Badgers to further his college career and joined as a running back in 2021. He is also a professional fitness trainer and provides personalized training through various programs online.

He also started a fitness brand named The Humble Hussle along with a fellow teammate Andrew Stone where he provides knowledge about weightlifting and helps in increasing speed, agility, mobility, etc. In his freshman season with Wisconsin Badgers, he recorded 180 yards with an average of 6.0 and 2 touchdowns. During his game against Army West Point Black Knights, he led his team to win with a 20-14 score. In the game, he showcased a highly agile performance by carrying for 108 yards with 16 carries which was the longest play of his career. He ran 43 yards and scored a touchdown which created a buzz over social media and to accomplish such a feat just at 17 years it’s just superb.

Braelon has not shared any information about his dating life or relationships and has also not been rumored to have any romantic connection to date. He is currently believed to be single and focused on his career and fitness. He is highly particular about his fitness and often shares videos of extremely tough workouts and weightlifting. Braelon currently has 13.2K followers on his Twitter handle which he started in 2019. He is also highly active on his Instagram account where he currently has 32k followers. Other than this, he does not have any social media accounts.

Braelon Allen is currently a college-level player and thus has no regular income from his career as a football player as of now. However, he earns through his personal training business The Humble Hussle, and his net worth as of 2021 is estimated to be around $1.5 million.