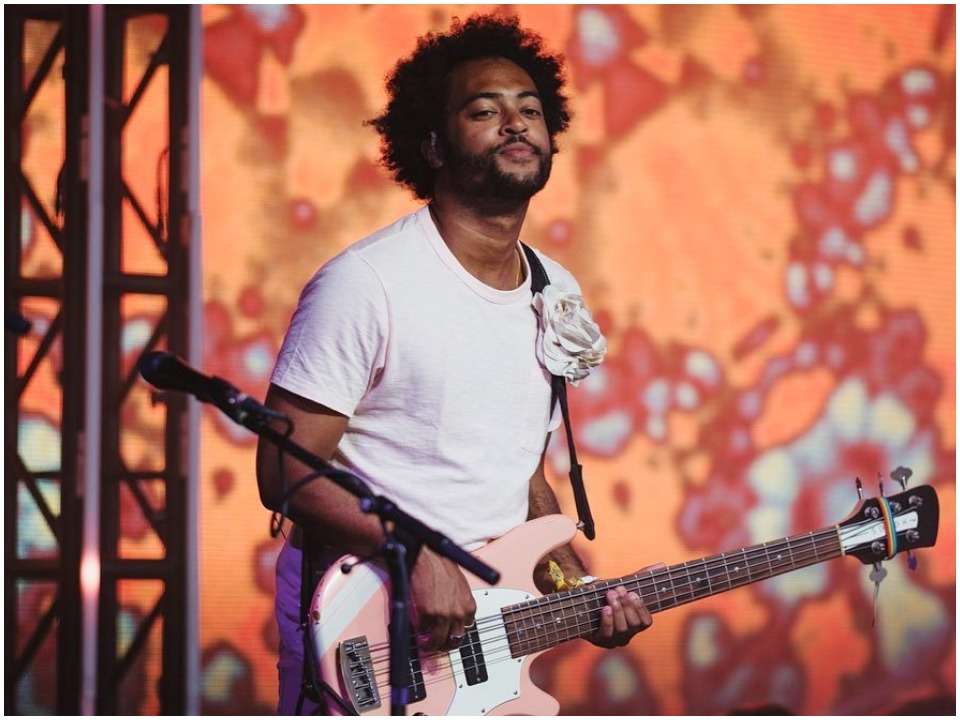 Bobby Wooten III is an American Composer, Producer, and Musician. He has also been nominated for a Grammy but did not win the title. Along with that, he performed with the band American Utopia on Saturday Night Live and Jimmy Fallon’s Tonight Show. His musical influences were Blink -182, Stevie Wonder, and Red Hot Chili Peppers. Recently he is under the limelight for his relationship with Katie Holmes. Moreover, he spent some quality time with Suri Cruise and other family members and it went quite well from both ends.

Bobby Wooten III was born on 20th January 1989 in Chicago, Illinois, United States. The names of his parents have not been shared with the media yet. He has also not shared details about his siblings. Music runs deep in his family and at a very young age, he started playing various musical instruments. Bobby must have attended a high school but it seems that he has not shared information about the same. While schooling he had made up his mind to build a career in the field of music. For the same, he went to Jacobs School of Music at Indiana University to study music professionally. Over there he earned a degree in Jazz, with bass as the main instrument, and a Business degree.

After education, he worked with various artists as their composer/ producer and instrumentalist. He has worked with David Byrne, Jennifer Lopez, Mac Miller, Jennifer Hudson, Rick Ross, and many other artists. Along with that, he works as an Adjunct Instructor for Tisch New York University. As a composer and producer he has worked with Empire TV series, Machine Gun Kelly, Almondmilkhoney, Jake Troth, ESPN, Nike, Google, Reebok, Kith, and other works.

Along with that, he has worked on Broadway, with musical projects like Moulin Rouge! and American Utopia. He has been inspired by the Black lives movement and started an internet series named America, Learn Your History. It is a 2-minute episode where he explains the trouble faced by black people through his lens. He revisits the stories that have been misunderstood, mislead, or lied about in American education.

Bobby is an active user of social media. On his Instagram account, he has earned 13.2K followers and 2,204 followings. While on the page of his internet series named American Learn your History he has 7,613 followers. His Instagram content is filled with his performance or shows or musical tours, some positive quotes, and upcoming projects.

Bobby has recently been spotted with Katie Homes in Central Park, New York. They were seen hand in hand walking through the city. Katie is an American actress, director, and producer also known for her relationship with Tom Cruise. While he has not talked much about his previous relationships and likes to keep them private. He also spends most of his time working, with his family & friends and now with his new girlfriend. Currently, he seems to be happy in his relationship with Katie.

Bobby has earned a lot in his career through his music projects. His earnings through projects have been estimated at around $30,000- $50,000 per project. He earns enough to live a lavish lifestyle. According to sources the information on his net worth has been kept away from the limelight. He mainly earns by performing live at shows as well.