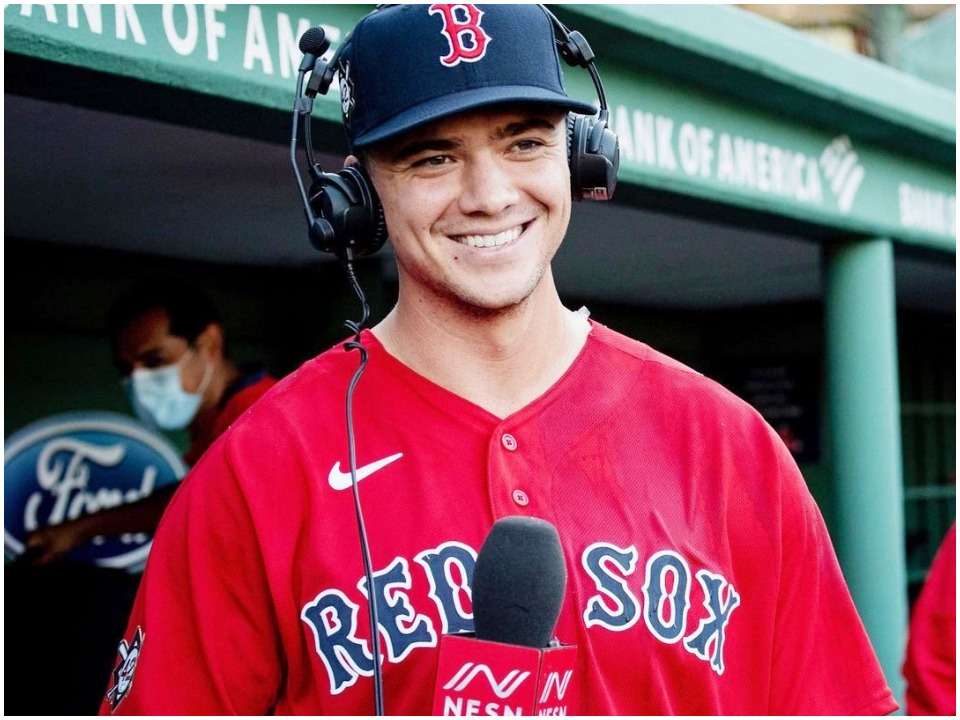 Bobby Dalbec is an American Professional baseball player for MLB team named Boston Red Sox. His position is as a corner infielder and bats &throws with Right hand. In 2014 he has awarded Louisville Slugger Freshman All American and TD Ameritrade College Home Run Derby Participant. He has previously played college baseball for Arizona Wildcats of the University of Arizona.

Bobby Dalbec was born on 29th June 1995 in Seattle, Washington, United States of America. The names of his parents are Timothy Dalbec and Liz Dalbec. He has a younger sibling named Julia. At a young age, he showed interest in baseball and music career. He also used to play Basketball.

Bobby Dalbec went to Legend High School, located in Parker, Colorado. He completed his high school education over there and also played baseball and basketball. Later for his higher and further studies, he went to University of Arizona. Over there he enrolled himself as a general studies major.

Bobby began his career in the field of playing Baseball. At high school, he played as a Shortstop and Pitcher for the school team. Later he was enrolled to play College baseball for the Arizona Wildcats as a third baseman, first baseman, and relief pitcher. At college, he was seen in various matches like National Collegiate Athletic Association, Cape Cod Baseball League as Orleans Firebirds, 2016 College World Series, and many more.

In 2016 Major League Baseball, he was selected in the fourth round by Boston Red Sox. He made his professional debut with the Class A Short Season Lowell Spinners where his batting score was .386/.427/.674 with 7 home runs and 33 RBIs in 34 games.

In 2018, he started his game with Salem Red Sox of the Class A- Advanced Carolina League. He played 100 games with Salem and earned a batting score of .256/.372/.573 with 26 home runs and 85 RBIs in 344 at bats. Due to his amazing performance, he was promoted to Portland Sea Dogs of the Double-A Eastern League and after the regular season, he played for Mesa Solar Sox of the Arizona Fall League. In 2019 he started his season playing with Portland but was later promoted to the Pawtucket Red Sox, a team of Triple A International League. His overall score in the season was .239/.356/.460 batted with 27 home runs and 73 RBIs in 135 games.

On 30th August 2019 he was added to Boston active user as the trade of Mitch Moreland. The same day he made his MLB Debut against Washington national. In his first 10 major league games, he hit 6 home runs which include five straight games with home runs. In his 2020 season, he had a score of .263 batting with 8 home runs and 16 RBIs in 23 games. he was named as their starting first baseman for Opening Day. On 29th July 2021, he became the tallest player ever to make a shortstop. In August he batted .339 with 7 home runs and 21 RBIs and was named as AL Rookie of the Month. Recently he won a match at Fenway Park

Bobby is currently single. The details about his past or current relationship are not yet in limelight. He is focused on his game and likes to keep himself away from any sort of distraction. Moreover, he loves spending time with his parents and friends.

Bobby Dalbec has earned a lot as a professional baseball player. His performance at various matches made him win the games and earned a lot of prize money. He signed a contract with Boston Red Sox worth a $650,000 signing bonus. According to sources his net worth has been estimated around $1.5 million. Some other sources of his income are earned by attending various events and brand endorsements.