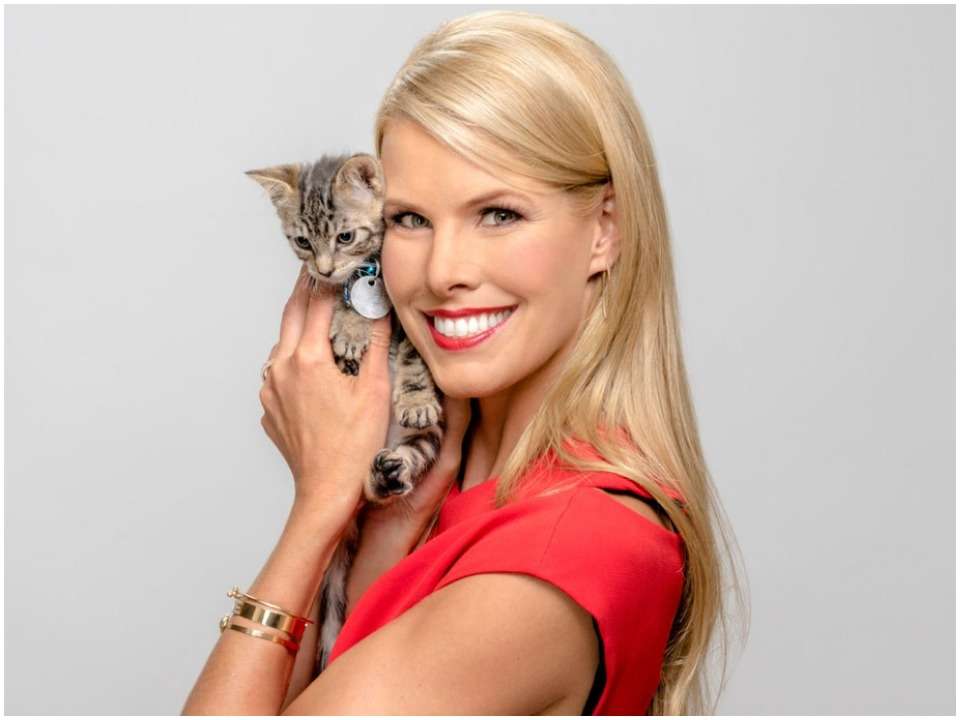 Beth Stern is an American actress, model, and activist who works for “animal rights”. Although she is mostly recognized for being the wife of the greatest radio personality of the country, Howard Stern.

Beth Stern was born on 15th July 1972 in Pittsburgh, Pennsylvania to her parents named Judy (or Jarema) and Robert Ostrosky. Her mother was also best known for her modeling career and her father was a dentist. Beth was brought up in Roman Catholic. She is the sister of two brothers and is the only daughter born to her parents. She went to Fox Chapel High School in Fox Chapel, Pennsylvania where she took classes for three years before leaving to New York to pursue her modeling career as she always wanted to walk in the footsteps of her mother.

Beth received her first noticeable role for the film “Flirting with Disaster” in 1996. Later, she played an eminent role in the film “Whipped” where she was cast along with Amanda Peet. She appeared on television in the final season of the G4 show “Filter” and Spike TV series named “Casino Cinema”. Till now, she has appeared on various cover pages of numerous magazines including FHM for three times. She was voted as one of the sexiest women of the year by the readers of “For Him Magazine” (FHM). In 2010, Beth authored the most famous book which reached the list of bestsellers in the New York Times. In 2014, she wrote the book (children’s book) by the name Yoda: The Story of a Cat and his Kittens which was based on the story of a Persian cat that was adopted by a lady and her husband.

Later after one year, she released the sequel of the book by the name “Yoda Gets a Buddy”. Preceding the publication of both the books, Beth went to support Bianca’s Furry Friends that was actually a 14,000 square foot cage-free animal shelter. Seeing her passion for the animals, she was appointed as the host of the short-lived show “Spoiled Rotten Pets” in 2013. After one year, she was named as the host of the “Kitten Bowl” which was the special telecast on the “Hallmark Channel” which as of 2019 continued to air with Beth as a cast member.

Howard Stern who is a well-known radio personality and 18 years senior to Beth went on knees to propose to Beth on 13th February 2007. They dated together for seven years. The couple got married in New York City on 3rd October 2008. Before this marriage, Howard Stern had three children from his first marriage that could not work for him. He is having three children from his ex-wife and the children are being named Emily Beth Stern (37), Deborah Jennifer Stern (34), and Ashley Jade Stern (28).

In one of his interviews, Stern revealed that his divorce with his first wife was so theoretical that it took time for him to accept the fact that he was going to divorce as no one in the family had divorced earlier. He said that he was living with his wife and was known her since her college days but the marriage could not work for him. It was all painful for him to divorce his first wife. He became one of the most stressors of that time who had to go through the most painful scenario.

On the other hand, Beth revealed in an interview with Andy Cohen on the “Radio Andy” that he met Howard when he was dating someone else in 2000. He was there on the blind date and she all of the sudden went up to Howard and attempted to be an obsessed fan. During that first encounter, they both had a conversation and got to know that they had been living only half a block away from each other. They exchanged their phone numbers and around 4 o’clock that morning Howard called Beth to invite her for a movie night and since then they have been together.

Beth Stern is estimated to have a net worth of around $50 million. Before being the wife of the famous radio personality Howard Stern, she has gained huge fame and recognition while being in her modeling career. Out of her acting career, she is best known for her work for animal rights. She has written many books also.