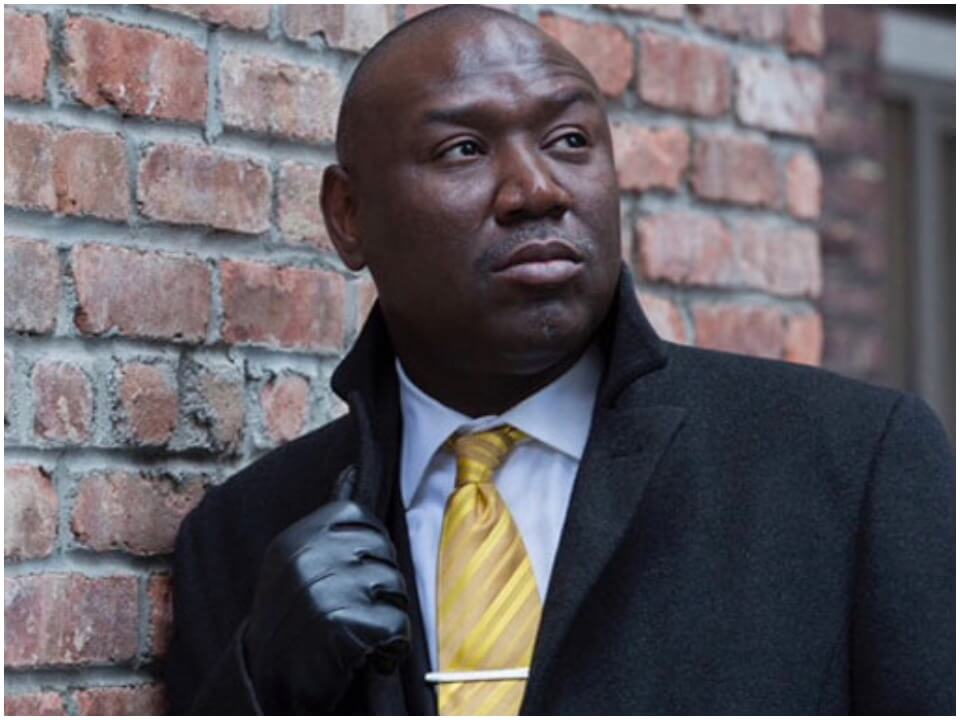 Ben Crump is a renowned American Civil Rights Advocate or Attorney who ensures justice in society. He was involved in cases like George Floyd which lead to the Black Lives Matter rallies.

Ben was born on 10th October 1969 in Lumberton, North Carolina, United States of America. The detail about his father has not been shared but the name of his mother is Helen Crump. He was raised by his grandmother and has nine siblings and step-siblings. Ben went to Plantation, Florida for his studies and completed high school education from South Plantation High School. For his further and higher studies, he enrolled himself at Florida State University. He earned his Bachelor’s degree in Criminal Justice.

Ben began his career as a lawyer in order to provide justice to the citizen. He was mostly seen in those cases where white police people were being racist towards blacks and brutally killing them. Some of the cases he fought were for Martin Lee Anderson, Trayvon Benjamin Martin, Alesia Thomas, Michael Brown, and Tamir Rice. They all were killed by the police officer either during interrogation or on the streets due to their skin color.

In 2018 he worked as a host for a documentary television series on TV One channel called Evidence of Innocence. He has also appeared on various TV Series documentaries and has written a book named Open Season: Legalized Genocide of Colored People. From 2015 to 2021 he is still fighting cases against police who are brutally killing black or Asian innocent people. The victims for whom he stood were Antonio Zambrano-Montes, Kendrick Johnson, Corey Jones, Zeke Upshaw, Ahmaud Arbery, Beronna Taylor, George Floyd, Jacob Blake, Christian Hall, and Daunte Wright.

Benjamin will be continually fighting for Black rights and providing them justice. He will be working on further cases like Daunte Wright who was shot and killed by a Brooklyn Centre Police Department officer. His work was also seen in Justice for George Floyd where the public holds various rallies like Black Lives Matter. In the future, he might work on other documentaries and updates his fans through social media posts.

Ben has been interviewed by various news channel during the cases which he is working on. He likes to keep secrecy about the evidence which he will be provided in the court. For instance, during the George Floyd case, there was total chaos on the streets for justice. So media used to frequently ask him questions about decisions being taken place inside the court.

He has been working for more than 20 years to provide justice and to stop the brutality and racist attitude towards Black people. Also, he is the most recognized attorney as his clients have received justice by suspending and putting those police officers in Jail. He deals with the cases like a professional and ensures that the victim’s family receives the settlement.

Ben tied a knot with Genae Angelique Crump works as a specialist but the field is not known to the media. The couple is blessed with a son named Brooklyn Zeta Crump. He is also a legal guardian to Chancellor Isiah Crump and Jemarcus Olajuwan Crump. His personal life is kept on low-key and away from the limelight. He is a fearless person with great ambitions and that’s why he says

“I believe God has a purpose for me and if I die fulfilling that purpose, then my life would not have been in vain. I do believe there has to be some things that a man is worth dying for. And the future of our children, to me, is worth dying for.”

Benjamin has earned a lot in providing justice. As a lawyer, he has worked in many top cases as well. According to sources his net worth has been estimated at around $5 Million. His other sources of income are from various TV appearances and sponsorship.