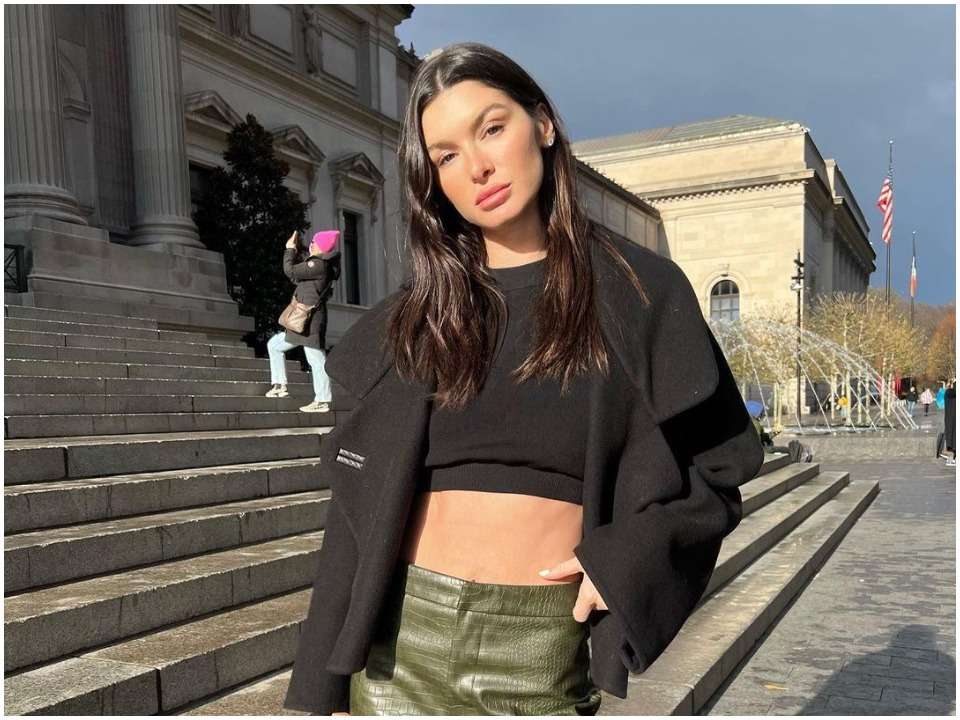 Bella Banos is an American model who has worked for various famous and well-known brands and has been on the covers of big fashion magazines like Bazaar, Vogue, etc. She is also famously known to have been romantically involved with Scott Disick.

Bella Banos was born on 18 June 1996 in Manhattan, New York, USA. She has not shared much about her family and early life but it is known that her parents got divorced when she was young. Her mother had remarried however her stepfather passed away. She is also known to have a stepsibling named Dylan Kniff who is also a child model. Bella has not shared much about her education and qualification but she is believed to be a high school graduate. Moreover, as she started working early on, she is believed to have been homeschooled.  As she has never specifically disclosed anything about having attended college there is no information on that aspect.

Bella started her modeling career early on at the age of 8. She had been out with her cousins for a night out when she was scouted by the agency, Wilhemina Models. She has since been modeling and has built her career in the same. Bella has been featured in various magazine covers like Bazaar, Grazia, Maxim Mexico, etc, and also has modeling contracts with various fashion brands and companies. She is also a YouTuber and often posts videos about her modeling live, journey, workouts, QnA sessions as well as about fashion and make-up. She started her channel during quarantine and has been gaining followers every day.

Bella is highly active on her social media accounts. Currently, she has 88.1k followers on her Instagram where she shares about her career, pictures from her shoots travels, and also about the workout. She is also known to have a YouTube channel where she posts vlogs, makeup, and workout videos. She currently has 314 subscribers on her channel.

Bella was known to have dated Scott Disick, Kourtney Kardashian’s former partner and father of three. The two were seen sneaking into a hotel room while on a vacation with Karadasians in Costa Rica. Since then, they were often spotted together and were last seen together in October 2020. Bella first met Scott through one of her exes and immediately connected with him. They started off as friends and later turned lovers.

Over the past few months, she had been sharing pictures with another man who she called her boyfriend but did not share other details about him. However, recently, she and Scott were again seen together at a beach in St Barts and are anticipated to be dating again.

Bella Banos has been a successful model for the past several years since she started at the age of 8. She has earned a lot of income through her successful modeling career. she has accumulated a lot of wealth and is also currently sourcing her wealth through YouTube. Her net worth as of 2021 is estimated to be around $2million.