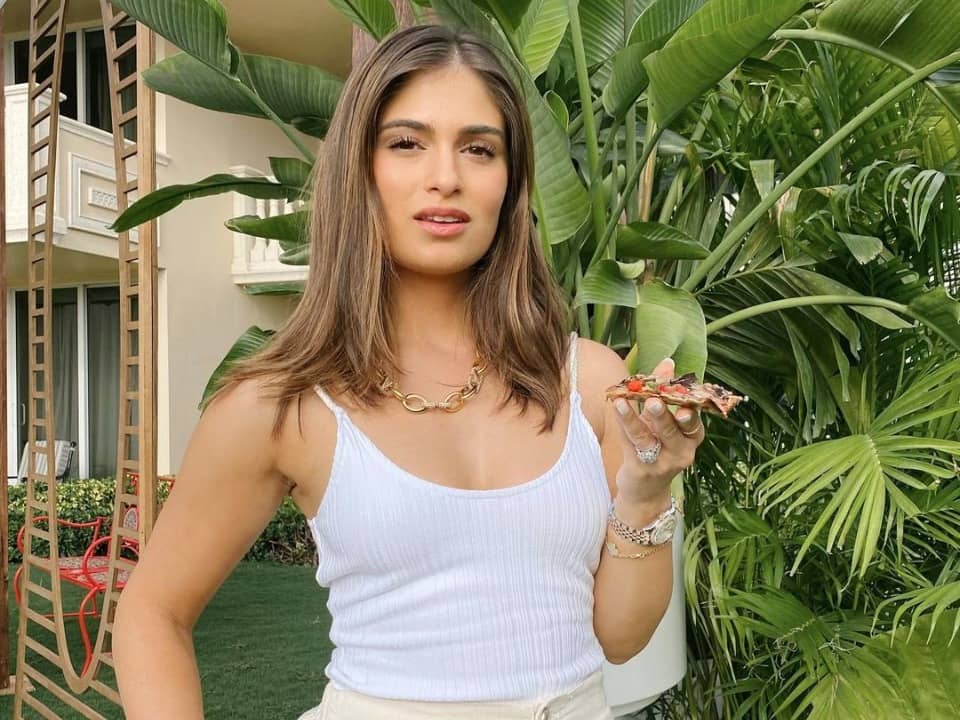 Julia Haart’s daughter Batsheva is a 28-year-old TikTok sensation. Batsheva Haart is a student, fashion and lifestyle blogger, and accessories designer based in New York. She operates her blog, “Sunnies and Sangria,” and is a frequent global traveler with a joyful and vibrant aesthetic.

Batsheva was born on February 27, 1993, in New York and she has 3 siblings, Aron Haart, Shlomo Haart, and Miriam Haart. Batsheva Haart is the daughter of Julia Haart and Yosef Hendler and her parents divorced after some time. Later her mother, Julia was married to an Italian businessman, Silvio Scaglia. Julia Haart, Batsheva’s mother, is an entrepreneur and a fashion designer. The Elite World Group’s chief executive officer and co-owner are her. She formerly resided in an ultra-Orthodox Jewish community and worked part-time selling insurance while raising her children.

Batsheva attended the Center for Kosher Culinary Arts and graduated with a Culinary Arts Diploma in 2011. Haart later attended the Capri School of Hair Design to study hair design and styling. She earned her New York State Cosmetology License in 2012 and she is an Accessories Design graduate from FIT (Fashion Institute of Technology) as well.

For three months, Batsheva worked as a sous chef at Etc. Steakhouse. Batsheva worked at Femme Coiffure after becoming a hairstylist, and she also spent 5 months as a design intern at Roma Industries LLC. She also interned at THE NET—PORTER GROUP as a product stylist. Batsheva also worked for the NFL as a visual system competitor and then as a design intern for LA Perla, her mother’s company. She became a social media freelancer after two months.

Batsheva began her career as a content developer in 2018 by uploading YouTube videos such as hair lessons, which helped to grow her fan base. Batsheva had revealed in an interview that she discovered the platform of TikTok after she attended the Teen Vogue Summit in LA. She was inspired after hearing that Lizzo’s song “Truth Hurts” had reached the top ten rankings after being sampled on the app. This motivated her to create her own TikTok that she did in November 2019.

Haart is also a FIT Accessories Design graduate, giving her a strong eye for off-the-beaten-path finds and a fresh perspective on the fast-paced world of fashion. Batsheva has teamed with well-known brands such as Almay, Supergoop, and Princess Polly as a creative brand ambassador and content developer. With a range of videos, the content creator keeps her 1.3 million TikTok fans entertained. Many of her videos are generally based on beauty and travel hacks, and she also enjoys sharing her love of fashion through get-dressed-with-me videos. Batsheva is also the founder of the fashion label e1972.

Batsheva is married to Binyamin Ben Weinstein. They got married when Batsheva was only 19 years old. The duo fell in love as teenagers and had to persuade their parents to allow them to marry in order to begin a proper relationship, as they were still living in an orthodox civilization that needed them to be married in order to date and have physical intimacy. Julia left the religion just days after their wedding, forcing her children to reconsider the importance of Orthodox Judaism in their own lives. Batsheva struggled more with the decision to leave the community than her sister Miriam, who had completely accepted a new, modern existence.

The couple subsequently relocated and began to incorporate features of modern life into their religion. They are still Jewish and observe the commandments, but they are exempt from a few specific restrictions. Ben is a real estate agent, but in the episode, he talked about changing careers. In comparison to his wife, he is a lot more private individual. Ben has likewise had to adapt to Batsheva’s shifting ideas. Despite saying on the show that he is prepared to have an open mind, he revealed his discomfort with his wife wearing slacks and delayed having children. He, on the other hand, was ready to let Batsheva make her own choices, and the two are still together.

She is surely living a lavish lifestyle because she is related to the fashion industry. There has been no revelation regarding her net worth.