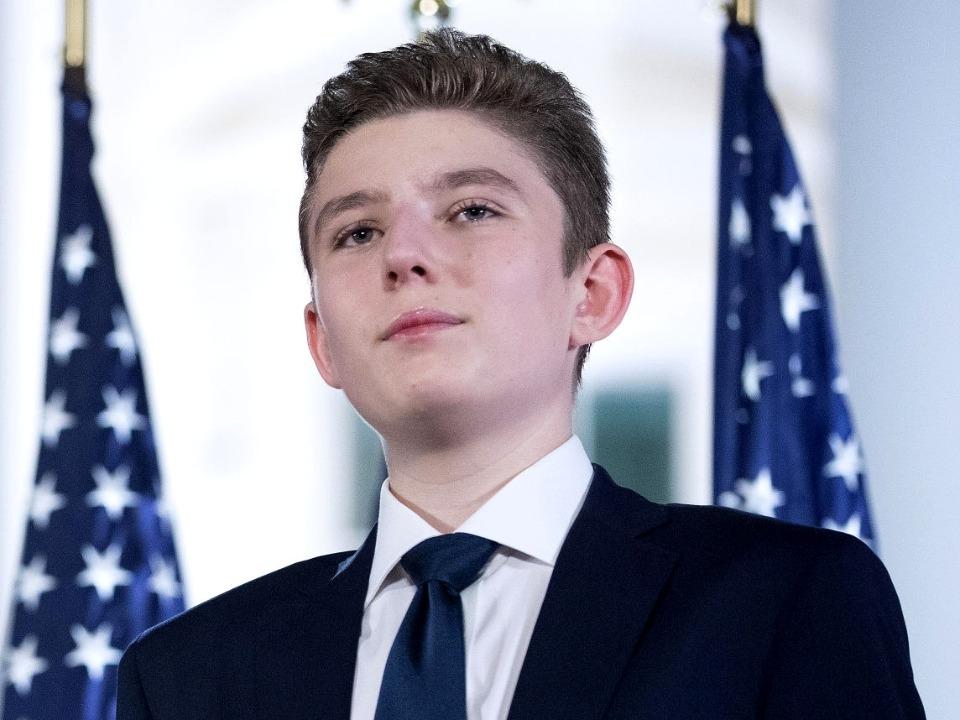 Barron Trump is the son of the former US President and The First Lady, Donald Trump and Melania Trump respectively. Barron is the youngest among the five children of Donald Trump and the only child of his third & current wife, Melania. He is of German & Scottish descent on his father’s side and Slovenian descent on his mother’s. Despite the fame of his father and the Trump family, Barron likes to stay away from the limelight, unlike his other half-siblings.

He was born in Manhattan, New York, USA on 20th March 2006. He was baptized at an episcopal church namely ‘Bethesda-by-the-sea’ which is considered to be the oldest house of worship in Palm Beach situated in Florida. Barron spent his childhood days in New York where he resided in the luxurious ‘Trump Tower’ in which an entire floor was allocated for him. He started his schooling at Columbia Grammar and Preparatory School, a top-rated private school located in New York. Later, when Donald Trump got elected as the 45th President of the United States, he shifted to the iconic White House in Washington DC with his parents not immediately but after completing his 5th Grade in New York. He later joined the prestigious St.Andrew’s Episcopal School, situated in Maryland.

He is currently on his way to completing his education. He is about to commence his 9th Grade virtually as of now due to the ongoing COVID-19 pandemic. Apart from his academic life, he has appeared in several reality shows namely The Apprentice and The Oprah Winfrey Show. He has many prospects to look forward to after completing his education as he can join any of the multiple ventures among real estate, professional sports, beauty pageants, and universities/foundations formed by his father as currently few of them are being managed by his two half-brothers. Though, he may also incline toward pursuing football as a profession for his love of the game. He has also been part of the DC United Under 12 team and Arlington Associations Under 14 team.

Compared to his older half-siblings, Barron has mostly stayed away from the spotlight. He is sometimes spotted while traveling with his family and at Thanksgiving gatherings. Further, he was noticed multiple times at various campaign rallies of his father’s political party & was also present during his father’s presidential victory speech. Apart, from this, he has been in limelight because of his towering figure. He is a soccer enthusiast and has met the Washington DC United players at the White House Easter Egg Roll. He enjoys golfing with his father and his mother believes him as a strong-minded, smart, and very special boy. Further, she considers him an independent and opinionated guy. As of now, he is not on any social media platform confirmed by his mother.

He will be one of those people who receive a legacy and fortune shared with the fame of his father Donald Trump. Although he has to fight really hard in order to make his name all by himself. His father Donald Trump’s net worth stands out at $4 billion which is on par with all other members of the family while his mother Melania Trump’s wealth is around $50 million.