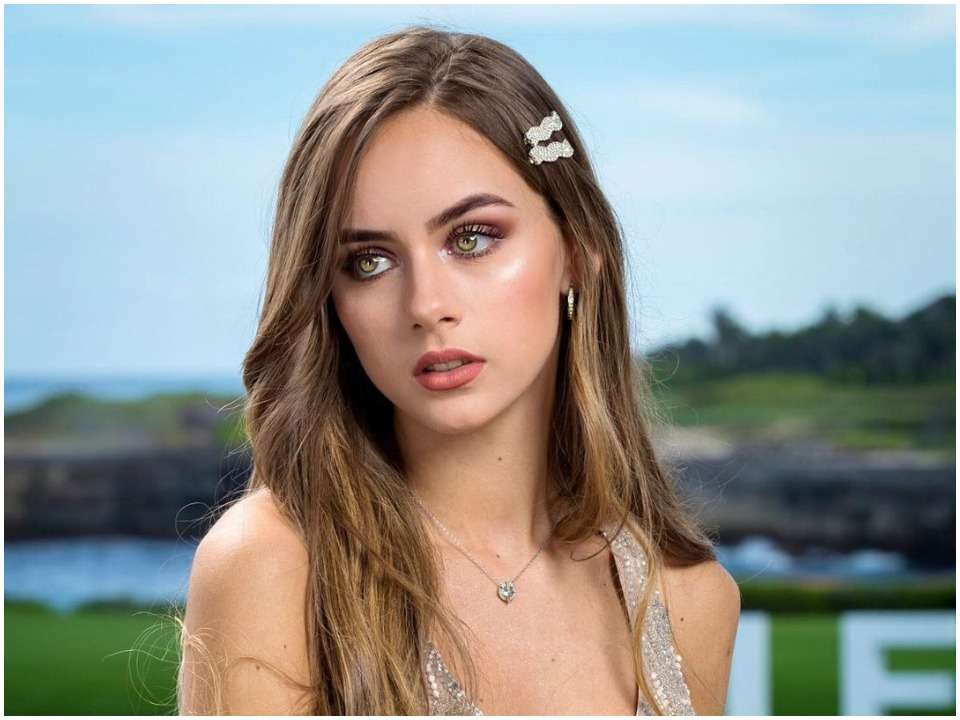 Azul Guaita is a Mexican actress. She is best known for her role as Yolotl in My husband has a family (2018) and a few other significant roles in the series like Single with daughters (2019) and Rebelde (2022 ). She has performed the role of Camila Paz in Single with daughters and Jana Cohen in Rebelde. Rebelde is a newly released series on Netflix which first premiered on 5th January 2022.

Azul Guaita was born on 21st July 2001 in Mexico to her Argentine parents. At such a young age, she has remarked her career with at least 10-15 movies and television series. Azul completed her primary and secondary education from a local high school in Mexico. She holds Mexican nationality. She was five years old when her family moved to Santo Domingo, Dominican Republic. Azul’s exact educational details, school name, and family details have not been released yet. She has rather kept these details secret from the public’s eye.

Azul first made contact with the media at the age of one year. She participated in the youth telenovela “Class 406” as a baby and thereafter started doing commercials and advertisement campaigns. Later, she moved to the Dominican Republic with her family where she spent the rest of her life and grew up until she became 17 years old. Azul was 17 years old when she moved to Mexico again and started looking for opportunities in the field of acting to make her professional career. She then starred in films or series like in the second season of the telenovela, My husband has a family; along with Gabriel Soto and Susana González.

Azul first started with the series called “Class 406” in which she appeared as Juanita Chavez and had a few of her recurring roles from 2002 to 2003. From 2018-2019, she had another recurring role for the television series called My Husband has a Family in which she appeared for the characteristic role of Yolotl King. Her performances in both of the series were praised by the public and thereafter she started getting regular roles for the movies and other television series. She appeared as Camila Paz in “Single With Daughter” with the main role from 2019-2020, as Susana vega and Renata in “The Negotiator” (2020), and “Get on my motorcycle” (2020) respectively.

Currently, Azul is working on the Netflix series called Rebelde. Rebelde is also a Mexican-based television series that would be shown on Netflix. People are getting curious to know about the new series and their cast members. Rebelde is a Spanish-language Mexican-American teen drama series that is a special telecast of Netflix. The production of the series began in March 2021 in Mexico. It took about one year to premiere the cast on the series and present it in front of the public. There are (for now) 14 cast members of the new series Rebelde. Out of these cast members, Azul is the one who will be seen playing the role of Jana Gandía Cohen.

For now, Azul’s marital status is not available. But, it is for sure that she is not single. She is committed to her long-time boyfriend named Sebastián Poza. He is the son of the well-known personalities of the entertainment industry. His mother’s name is Mayrin Villanueva. As per the sources, Azul and Poza first declared themselves to be involved in a romantic relationship in 2020. In November 2021, Sebastián Poza shared a post with his girlfriend Azul Guaita expressing his thoughts on his Instagram profile. He expressed his love for Azul saying that they had been together in the relationship for two years and still remember how they together had their first kiss. Poza also posted a picture of him along with Azul showing his love for her.

Azul Guaita is a famous Mexican actress, social media influencer, television personality and is also best known for her modeling skills. She has also remained a theatre artist, entrepreneur and will now regularly appear on the Netflix series called Rebelde. Azul’s net worth is somewhere between $2.5 million to $5.10 million. She is an aspiring actress who has gained a lot of fame and name because of her hard work in the entertainment industry. She is yet to make her long journey in the film industry.