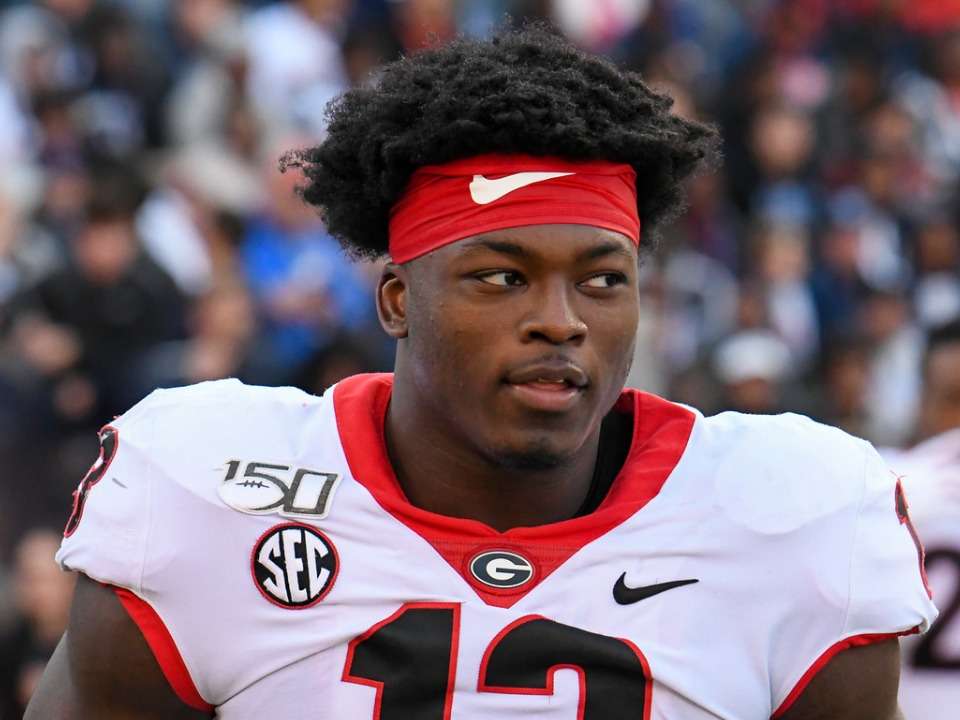 Azeez Ojulari is an American football player who plays as a defensive end for the New York Giants of the National Football League (NFL). Previously he played college football at the University of Georgia and was drafted by the New York Giants in the second round of the 2021 NFL Draft.

Azeez Ojulari was born on June 16, 2000, in Austell, Georgia to father Monsuru and mother Bolalne. Azeez’s grandfather was a Nigerian Prince, Twins Seven-Seven, who had 39 children out of which one was her mother. After he passed away, Bolalne then settled in Philadelphia where she met Monsuru Olujari, a fellow Nigerian who came to the States for a new life. The couple moved to Atlanta and then had two children including Azeez, B.J Ojulari plays college football at LSU.

Ojulari completed his high school at Marietta High School in Marietta, Georgia where he started playing football. Then he got committed to the University of Georgia where he pursued sports management and continuing playing college football.

Ojulari started playing football when he was enrolled in school at Marietta High School in Marietta, Georgia. He has 118 tackles and 11 sacks on his record as a senior but suffered from an ACL injury which caused him to redshirt his freshman season in Athens. In spite of his low record, he was far from a healthy player and got committed to the University of Georgia to play college football.

After fully recovering from torn ACL, he played two games in his first year at Georgia and then took a redshirt. In 2019, as a freshman, he played all 14 games by starting in 13 and even was awarded Defensive Most Improved (co-winner) and Leon Farmer Strength & Conditioning Award. Azeez ended the season with 36 tackles and 5.5 sacks. As a redshirt sophomore, he managed to lead the team with 12.5 tackles.

In the 2020 season, he returned to Georgia as a starter and was named as the Second-team All-SEC and was the defensive MVP of the 2021 Peach Bowl. There were some concerns that bothered Ojulari that was regarding his ACL and as the NFL draft was near, Azeez sent letters to all 32 teams assuring them that his Knee was strong. At the 2021 NFL Draft, Ojulari was selected by the New York Giants in the second round, 50th overall. In the upcoming season of the National Football League (NFL) Ojulari will be seeing playing as the defensive end for the New York Giants.

There have been no controversies involving the young football player but there were rumors floating around due to his knee injury. For the same, Azeez sent 32 letters to all teams of the National Football League assuring that he has recovered and is strong as ever but still he was red-flagged because of a degenerative lower leg condition. This could be the reason why did he fall out of the Round 1 selection of the NFL Draft.

As of yet, there have been no rumors or information regarding Ojulari’s personal life and relationship. He has not shared anything through his social media as well, and it seems like he is single. However, he might be dating someone in private. Azeez has been active on many social media platforms mainly Instagram and Twitter. He goes by the username @azeez_8 on Instagram where he has been active since 2018 and has managed to accumulate 32.9k followers. Ojulari is also popular on Twitter with 12.4k followers and on both platforms is a verified user as well.

Azeez has been recently drafted by the New York Giants and has begun with his professional football career. Hence there are no details regarding his net worth but as a college football player, his net worth is estimated to be around $500k US Dollars.