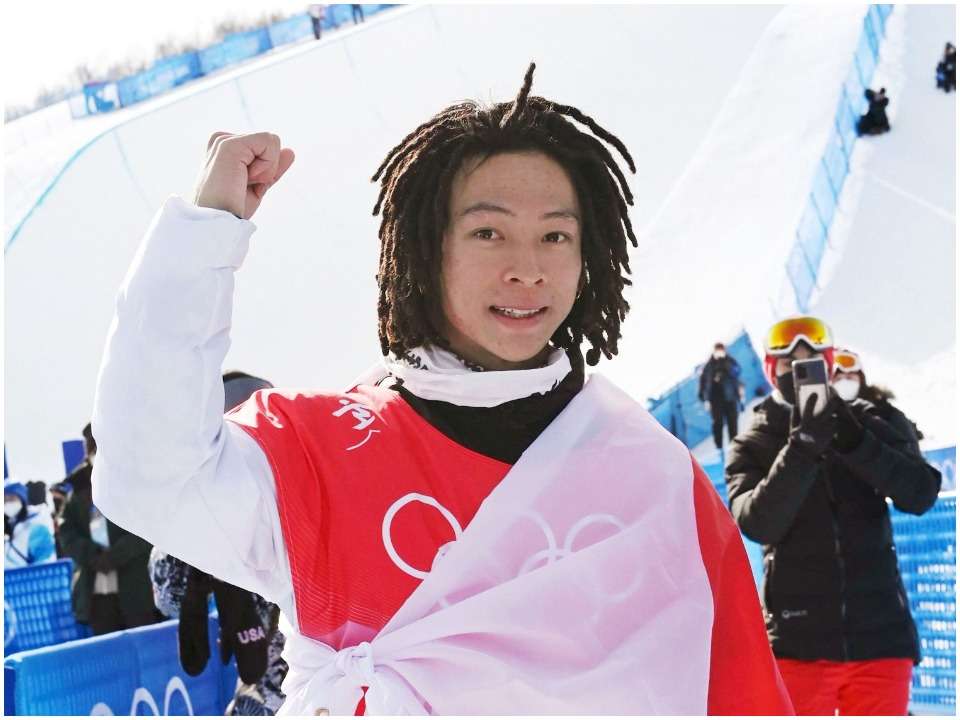 Ayumu Hirano is a Japanese personality who has been a three-time Olympics medalist of snowboarding and Olympic skateboarding. He is one of the well-established, prestigious, and well-known Japanese personalities who has come into the limelight because of his mind-blowing performance in the Winter Olympics in Beijing in 2022. He has been the winner of the silver medal in the superpipe in the 2013 Winter X Games XVII.

Ayumu Hirano was born and brought up in a small coastal city called Murakami, situated in the snowy area of Japan. His mother named him Ayumu because the literal meaning of this word is “walk the dream”. She wanted him to pursue his dream and walk on the path of completing it with the perseverance of making all his dreams true. Ayumu’s father is named Hidenori.

Hidenori is also a surfer who eventually opened a surf shop and gained the limelight as he opened the skate park called Nihonkai Skate Park, from scratch available in his hometown of Murakami. The father started the surfing shop thinking that one day his son would start loving the game and would pursue the game professionally. However, Ayumu didn’t like surfing much. Instead, he developed his passion for skateboarding and followed the footsteps of his older brother named Eiju, who is nearly 3 years older than him.

Ayumu first made his debut with the international games in March 2011. He first won the Burton US Junior Open competition. Until that age, he used to follow his mentor Kazuhiro Kokubo. In the event, his older brother participated and gained seventh place. In 2012, the record-breaker Ayumu Hirano was invited to Burton High Fives, which is an event that was held in New Zealand at that time where Ayumu won the gold medal at the age of 13. Later in 2013, he was invited to compete in the Winter X Games in Aspen, Colorado (the biggest snowboarding non-Olympic stage).

There at the event, Ayumu won a silver medal, and at that time he was merely 14 years old and came behind Shaun White. With that achievement, he came into the limelight and gathered a huge fan following. Later, Ayumu started participating in various events. Few of which included Burton European Open (Where he achieved first place), the Burton US Open (where he achieved second place), the Oakley Arctic Challenge (where he achieved third place), and later became the halfpipe World Tour CHampion in 2012/13. With all these achievements, he became the youngest rider. In 2014, Ayumu won a silver medal and came behind Iouri Podladtchikov, the performer from Switzerland.

Hirano recently won the halfpipe event at the 2022 Winter Olympics in Beijing. He was first caught in the sparked controversy judging his successful second run. In the second run, he scored a total of 91 which was one of his unprecedented performances and included triple cork which had never landed in the Olympics earlier. Later, Hirano repeated his exceptional performance in the third round. He made a successful attempt to land “too dangerous” triple cork. This made him win the gold medal. With this performance, he became one of the first Olympic performers who won the gold medal in Japan in snowboarding, especially in the Winter Olympics. Also, he became the first Japanese athlete to win the Olympic medal consecutively for three winter games in a row.

Ayumu is not romantically linked with anyone. He is rather focusing on his career. It seems that his career is more important than anything in his life. Recently, he is in the news because of his participation in the Winter Olympics 2022, where he has won a gold medal.

It is for sure that Ayumu Hirano must be earning millions. Since the time he became a fourth-grader, he has been sponsored by Burton. He must be involved with various companies and sponsors leading to a high-profile platform. However, he has not disclosed the details regarding his net worth.