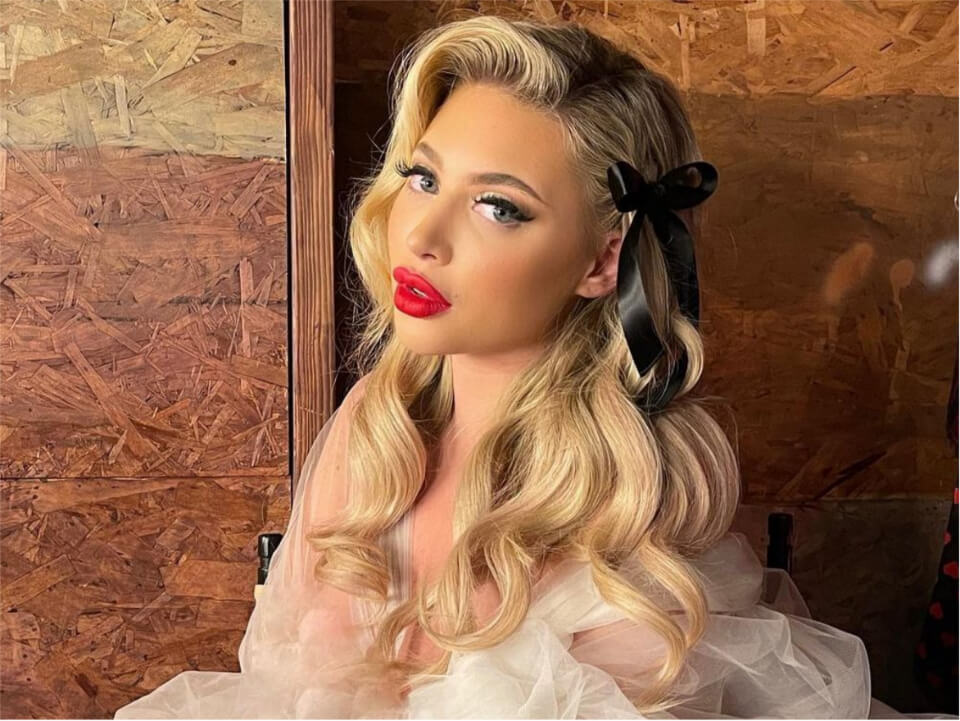 Ava Louise is an American personality famously known as a Tik Tok star, fashion model, musician, and internet personality who is recently in the news because of her love affair with divorced businessman Monty Lopez (the father of three children, including the famous Tik Tok star, Addison Rae). Ava Louise is known for her modeling skills as she is connected with various brands, artists, and professionals and has launched her singles on the music applications like Spotify. She often remains the part of controversies many times because of her work of influence through Tik Tok videos.

Ava Louise was born on 5th August 1998 in New York, United States. She has been passionate about modeling and making her career in the respective field since her childhood stage. Ava went to Rutgers University and received a degree in human resource management. She also became a public relation student at the same university in September 2016.

After completing her studies she started working on her modeling career and thereby today, she is called a famous Instagram model and influencer. Ava has not revealed much about her parents except that she once found her daddy available on the sugar daddy dating website. She also shared that she grew along with her siblings but she did not reveal their names.

She has also tried her hands at singing. She has given one of her famous singles called Skinny Legend Anthem and released it in the past. Not only this, she released various other singles and they all are named–Puff Bar Pussy, Botox, etc. She is popular on her Instagram where she shows off her modeling pictures and is often endorsed by famous and various top-notch brands. She is not available on Instagram with a verified account.

The famous Tik Tok influencer and internet personality Addison Rae’s parents are named Monty Lopez (father) and Sheri Nicole Easterling (mother). In the early days of July, Monty Lopez, the father, made headlines when he was caught with a 20 something years old woman named Brunette even after maintaining his relationship with his wife. Thereafter, the woman in question named Renee Ash came forward to speak about her relationship with Monty Lopez.

She informed the media that she had a 5-month long relationship with Lopez and they reached the peak of seriousness that they together started planning their family. The rumors including the pictures and videos of Monty Lopez became so viral that it made the pair (of course Mr. Lopez and his only wife, Sheri) split their relationship. The pair together have three children.

On 21st August 2022, While at his charity fundraiser baseball game, Monty shared the Tik Tok post showing off the video of kissing 23 years old woman named Ava Louise. Ava Louise is the only fan star and the famous Tik Tok influencer. Monty posted the video of kissing the 23 years old woman with the caption, “@yunggravy come get your girl @notavalouiise”. On 29th August 2022, Sheri Easterling and the famous American rapper Yung Gravy together made the headlines after they appeared officially as a pair on the VMAs red carpet. In the pre-show interview, Yung Gravy shared his thoughts and said that he met the 42 years old Sheri Easterling during an online meeting and they together started making connections right away.

Ava Louise is surely earning a good income because of her association with various modeling brands, endorsements, and agencies. She is a musical artist, model, influencer, and adult artist. For the moment, Ava is known to have a net worth of around $1 million.