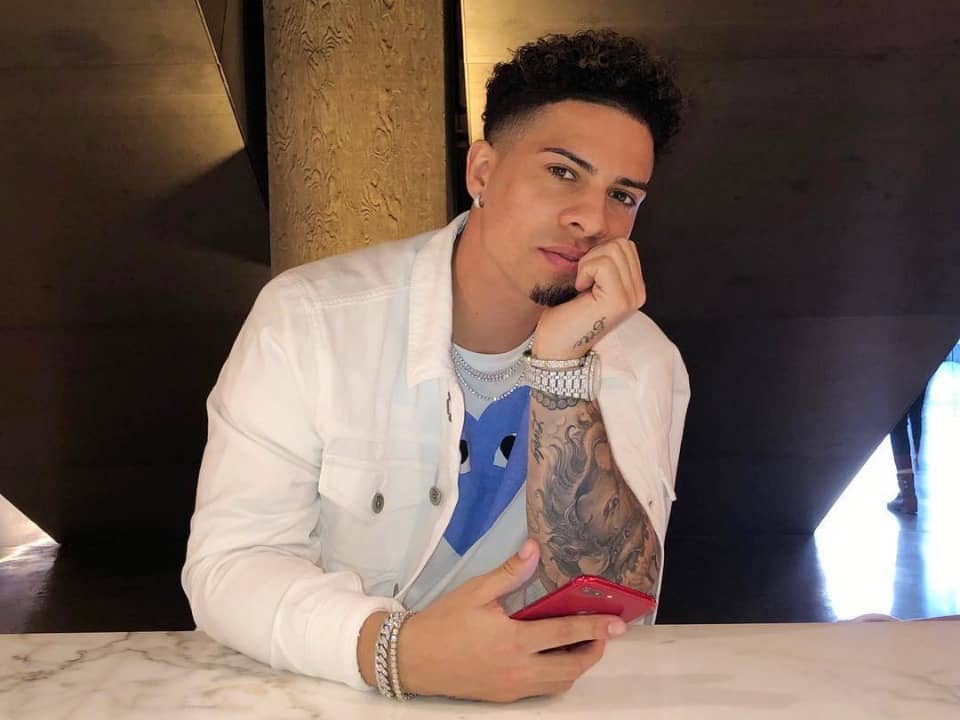 Austin McBroom is a well-known YouTuber who rose to prominence after uploading videos of his children and family and their daily activities to the video platform. While he has amassed a large fan base that has grown to over 18 million subscribers, the 29-year-old began his career as a good basketball player. Austin is currently preparing for his fight against Bryce Hall on Saturday Night on 12th June 2021.

In Palmdale, California, Allen and Michole McBroom gave birth to Austin McBroom on May 20, 1992. He grew up with Landon, his younger brother. Austin showed an early interest in sports and excelled at basketball, baseball, and football. However, he chose to concentrate on basketball because it was his favorite sport.

Austin attended Campbell high school for his high school. He had enrolled himself at three universities Central Michigan University, Saint Louis University, and eastern Washington university. He got his degree with a major in communication and passed through with a 3.9 GPA.

He had a short career in basketball during his high school and university years. Austin had a strong freshman season at Central Michigan, earning him a spot on the Mid-American Conference All-Freshman team. He went on to play 66 games for the Saint Louis Billikens over two seasons. He was a member of the Eastern Washington Eagles in his fourth season of college basketball. In 2016, he set a career-high with 37 points against Northern Colorado. He is the founder of ‘The ACE Family,’ a YouTube channel he runs with his wife Catherine and their three young children. McBroom shared a photo of their new baby on Instagram, captioning it, “Son, your big sisters made me the luckiest father in the world, and you’ve completed my dream.”

The family has 19 million subscribers on YouTube. McBroom and his wife Catherine Paiz, known as ‘The ACE Family,’ have become two of the world’s most successful and highest-earning YouTubers. Since they began sharing their lives on the platform in 2016, the duo has amassed over 19 million subscribers and reportedly earns a lot of money from their videos. His dad wanted him to continue sports and build a career in the same, but he chose to be a YouTuber, bringing him great success.

Austin was rumored to be cheating on his wife Catherine at the COACHELLA video. Later the YouTuber announced that it was false news. Cole Carrigan, a YouTuber, accused Austin McBroom of raping a woman on October 14, 2019. Carrigan shared a video titled The Truth About the Ace Family, in which we claimed McBroom raped a woman while his father and security guard was present. These allegations have been refuted by Austin McBroom and Catherine Paiz.

Austin is currently married to Catherine Paiz, she is a fitness model. They meet for the first time at a party in 2015 and then Austin asked her out on a date. The couple has been together ever since and got engaged in august 2017. They have three kids together. Elle their first daughter was born on 28th May 2016. They were blessed with another daughter on 17th Oct 2018. Her name is Alaia McBroom. And the couple is lately blessed with a son.

Austin is a YouTuber and has a YouTube channel of his own. He earns 600 K salary from his YouTube channel. As of 2021, the total net worth of Austin is $3.5 million. Austin and his lady began their vlogging endeavors in 2016, and the channel has since amassed over 18 million subscribers and billions of total views.