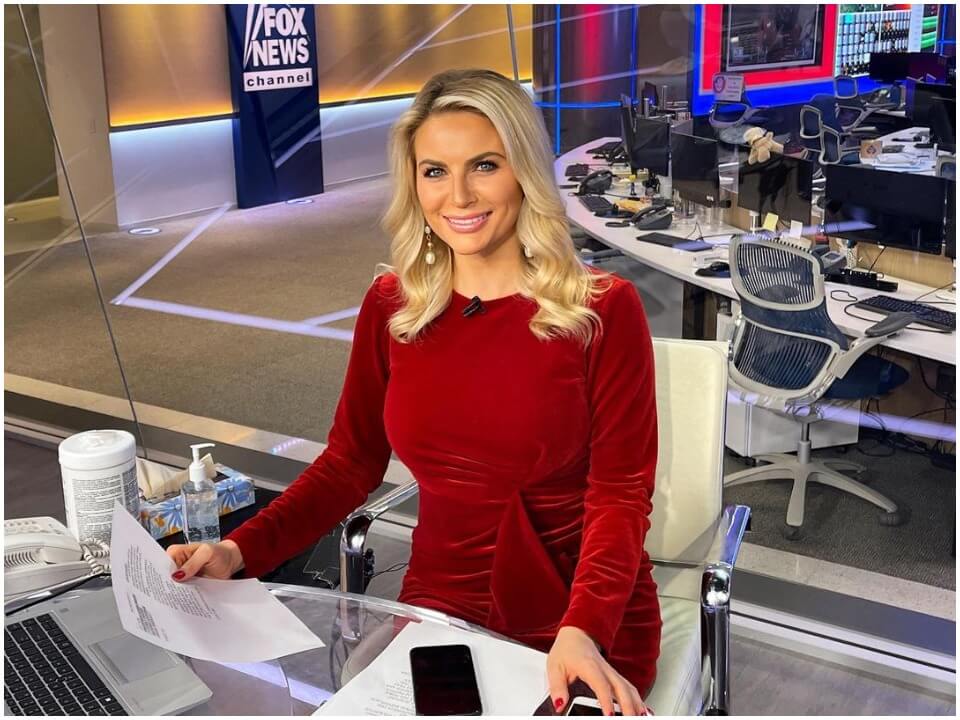 Ashley Strohmier is an American Journalist and model. She is currently working at Fox News as an overnight anchor and correspondent. In 2010, she won the Miss Missouri title in the beauty competition. She has 22.7K followers on her Instagram account. With her educational qualification, she has worked at many News organizations as a host, like KMIZ and KQFX previously.

Ashley was born on 1st January 1989 in Jefferson City, Missouri and the names of her parents are Dana Strohmier and Steve Strohmier. She grew up with her two younger brothers Blair and Mitch. She is a high school graduate of Helias High School, a Roman Catholic-based school in Jefferson City. For her further and higher studies, she went to the University of Central Missouri in Warrensburg in 2007.

Talking about her career then she kicked off things by working as a model for 10 years. When she was 21 years, she won Miss Missouri USA 2010. After that in the same year, she was ranked in the list of top 10 finalists for the Miss USA contest and was nominated for the best photogenic and best swimsuit award. Apart from her modeling career she had a degree in political science and was eligible to work as a host. In 2012 she worked as State Manager for Fox Sports and also started working at KQFX Columbia. Later she joined KMIZ to work as a host.

She also worked as a general assignment for the KMIZ organization for 7 years. Her job was to cover crime and political issues taking place at the local and state levels. During her tenure from August 2017 to February 2020, she served many news stations as an Anchor. She also worked as a solo anchor, producer, and manager for News This Morning. In 2017 she also covered the story of Eclipse and the Governor’s inauguration at KMIZ. Later in 2020, it was decided that she will soon leave her job at KMIZ. While in March 2020 it was seen that she began working as a News correspondent and overnight anchor for Fox News based in New York City.

During one of her photoshoots, she encountered Fidel Berisha who works at Miss Universe Organisation. She spotted Ashely and named her “Waking Up in Vegas”. As she was dressed up in a lingerie outfit and this led to a heated argument between them.

In 2014 she was awarded an award from Missouri Broadcasters Association for her depth investigation and reporting on the Department of Social Services in Missouri State. The same year she was honored with the Kansas City Press Club for her work in computer system issues at the Department of Social service in Missouri. In 2019 she was awarded Best News Anchor Award for her notable work as a news anchor.

Ashley is in a relationship with Michael Counihan who is a famous bodybuilder and law enforcement officer. The couple prefers to keep their personal life low-key and away from the media. His boyfriend has also appeared in many bodybuilding magazines. It seems that the couple is engaged.

Ashley has earned a lot from her modeling and Anchoring job. She has worked at popular news Channel Company. Her salary has been estimated at around $150,000 per year at Fox News as a correspondent and Overnight Anchor. She also earns from her sponsors and makes event appearances. According to sources her net worth is yet to be estimated as it has been kept private.