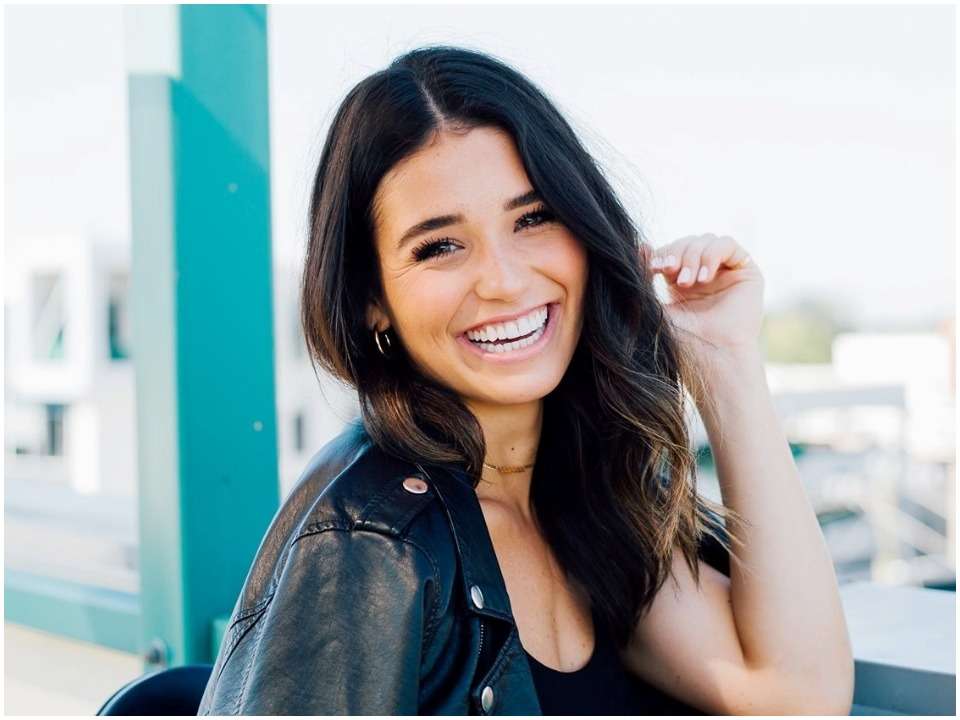 Ashley ShahAhmadi is a popular American journalist who eventually became a full-time sideline reporter, as well as the host of Hornets Live pre-and post-game shows. She is currently a freelancer who also hosts the Atlanta Braves’ pre-and post-game broadcasts. Ashley also contributes to CMT’s Hot 20 Countdown as an entertainment correspondent.

Ashley ShahAhmadi was born in the United States of America on June 23, 1992. Born and nurtured in the United States by an Iranian father who moved to the United States when he was fourteen years old. He married Ashley’s mother, Cheryl Rebeshke of Saint Cloud, Minnesota when he was an adult. Ashley grew up with her two brothers, Aryon and Brandon, in Atlanta, Georgia. She has wanted to be an NBA sideline reporter since she was a child. Her basketball interest led her to Marrieta Kell High School, where she honed her shot-blocking abilities. Her favorite basketball memory from high school is being the team’s second-leading scorer, accounting for half of the team’s points.

Ashley’s passion to become a sports reporter was sparked during her seventh grade when she was taken by her mother to see one of the Atlanta Hawks games and saw a well-dressed lady with a microphone on her hands conversing with the Hawks’ head coach courtside. In 2014, the girl who hoped for her dream to come true received her bachelor’s degree in broadcast journalism from the University of Georgia. Since Ashley’s father moved out during her freshman year of high school, it was up to her mother to raise three children on her own during her college years. She began hunting for work after graduation. She obtained her first job as a sports reporter in Meridian, Mississippi.

She moved to Meridian, Mississippi, in 2014 after graduating from the University of Georgia (Go Dawgsl), where she began her broadcast career anchoring the 6 and 10 o’clock sports updates and covering collegiate teams at Alabama, Mississippi State, Ole Miss, and Southern Miss. Ashley relocated to Jackson in 2016 to serve as a weekend sports anchor for WAPT-TV. In 2018, she was given a position as a Social Media Content Producer/Host for Fox Sports South/Southeast in Atlanta, which she accepted.

Ashley ShahAhmadi then became a fill-in broadcaster for the Charlotte Hornets. Ashley was elevated to a higher position as a full-time sideline reporter not long after, and she is also the host of Hornets Live pre-and post-game shows. ShahAhmadi has also been an on-air host for Braves Live, a thirty-minute pre-and post-game show that previews and deconstructs the game. Since May 2018, she has also worked as a digital correspondent for FOX Sports.

The acclaimed sports journalist ShahAhmadi has managed to keep a low profile; she hasn’t revealed any kind of information regarding her boyfriend or her fiancé. Despite being a well-known sports presenter, details regarding her dating life appear to be kept secret.

As of 2020, Ashley’s net worth is predicted to be between $500, 000 and $1 million dollars. This includes her property, funds, and earnings. Her job as a Sideline Reporter and Host is her main source of income. ShahAhmadi has amassed a large wealth through numerous sources of income, but she prefers to live a simple lifestyle.