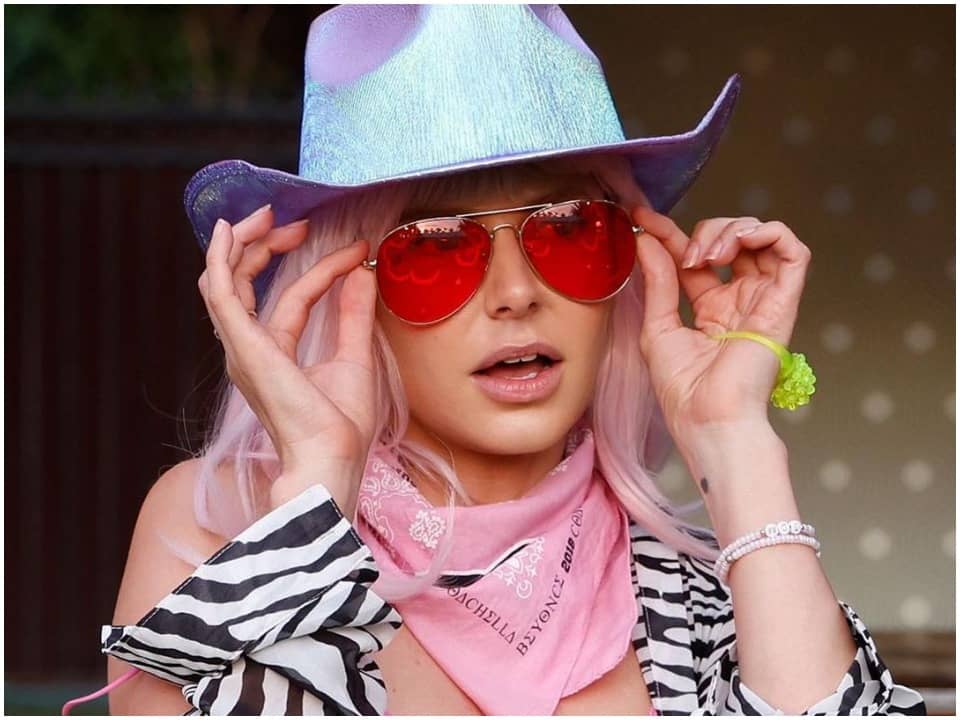 Ariana Madix is an actress, model, and novelist from the United States who has appeared in MTV Collegehumor.com and New York Magazines. She is a part of the Vanderpump Rules cast on Bravo.

She was born on 25th June 1985 in Melbourne, Florida. At the time of Ariana’s birth, her parents were living in Melbourne. She is the daughter of Jim and Tanya, and she is not the only child but has a younger brother named Jeremy, who was born in 1992. The two siblings had a great bond and always worked well together. However, there is little information available regarding her relationship with her parents or what they did for a living. Ariana’s nationality is American, and her ethnicity is Caucasian.

Ariana attended EAU Gallie High School, where she received her education and graduated in 2003. She knew it was time for her to experience college life after graduating from high school, so she jumped at the chance by enrolling at Flagler College in 2007. She received a Bachelor’s degree in Theatre and Broadcast Communications from Flagler College.

Ariana began her acting career at Walt Disney while still in college, where she worked as a costumed character for Dale, Princess Aurora, Ariel, and Cinderella. She moved to New York City to pursue an acting career after graduating from college. She won both of the national dance championships she competed in before getting into the film industry. Lisa Vanderpumps’ restaurants Villa Blanca and SUR have also employed Ariana. This helped her land a role on the 2013 television show Vanderpump Rules. Many other casts followed, notably The Other Two.

She was frequently cast in videos for the humor website CollegeHumor early in her career. She has also starred on a number of television shows, including Dads, Anger Management, Single Siblings, and Waking Up with Strangers. Working It Out, Killer Eye: Halloween Haunt, Attack of the 50 Foot Cheerleader, Dirty Dealing 3D, and Dead End are among her credits. In the 2019 episode “Chase Shoots a Music Video,” she played herself in the comedy television series The Other Two. Houghton Mifflin Harcourt published Madix and Tom Sandoval’s cocktail book Fancy AF Cocktails: Drink Recipes from a Couple of Professional Drinkers on December 3, 2019.

4,000 users unfollowed Ariana on social media when she talked about voting, she claimed. The day before election day, Madix posted a photo of himself slicing down an ice sculpture with a chainsaw. She captioned the photo, “Voting is Power.” “See you tomorrow at the polls!” She received mostly excellent feedback, particularly for the photo. Others, on the other hand, received a lot of backlash in the comments area and unfollowed her.

Talking about her social media presence, you can find Ariana on Instagram as well as Twitter. She has managed to get 1.3M followers on Instagram. She has a lot of fan followings but she has also been criticized a lot. People love her for posting raw and unfiltered pictures on her Instagram handle. She usually posts about her friends and close ones. Ariana has a verified account on Twitter with 272K followers. She joined this platform back in 2009.

Madix has tried everything she can to keep her personal life out of the spotlight, but it’s been a difficult task. This is due to the fact that his current lover, Tom Sandoval, is also a film industry heavyweight, and the two are head over heels in love. Ariana and Tom live together in the San Fernando Valley. Her partner is a well-known actor from the United States who has appeared in a number of films. Her previous relationships, however, are unknown prior to her meeting Sandoval.

Ariana’s net worth has grown significantly as a result of her successful acting career. She has a net worth of $2 million as of 2021, and it is likely to climb even more in the next years because she is still young and extremely active honing her career abilities. Ariana Madix is a wonderful woman who is proud of her accomplishments and ensures that she gives her all in every situation. This explains why she has had such a successful acting career.