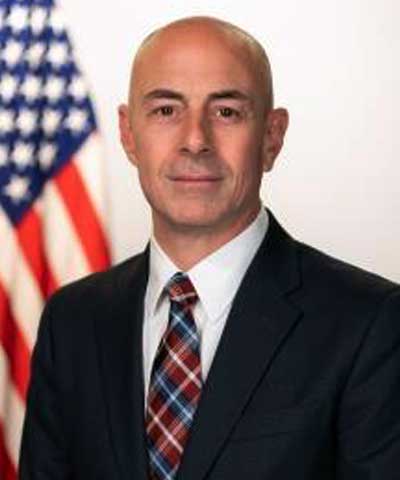 Anthony Ornato is an American personality who holds the position of the top official in the U.S. Secret Service. His name has recently become a new sensation because he is being found connected with the 6th January Capitol Attack in the U.S. He goes by the full name Anthony M. Ornato, but he is often called Tony Ornato. Previously, he used to be a police officer, and over the years, he became one of the important personalities in the government security organization related to the protection of the president.

Tony is 48 years old, born and raised in Connecticut. According to his biography on the website of the Federal Law Enforcement Training Accreditation, Ornato is currently holding the position of Assistant Director in the department of the Secret Service Office of Training in the United States. He is being given the responsibilities related to oversight of the structured policies and programs all associated with the training and employee development. According to the website, he also served the position of Assistant to the President of the White House and the Deputy Chief of Staff for Operations.

According to the Website, it is known that Ornato began his career as a local police officer in Connecticut. He possesses over 25 years of experience with over 23 years in the Secret Service Department of the United States and over 2 years as the City of Waterbury, CT Police Officer. He earned the position in the Secret Service Department back in 1997 and meanwhile started working as a criminal investigator in the New Haven Resident Office. Despite this, he also served his positions during the George W. Bush and Barack Obama administrations in the division of the Presidential Protective.

The Guardian states that the new president Biden wanted to bring the new Secret Service Agent because he did not want to be surrounded by Trump’s loyalties. Also, according to the article, it is said that the department allowed the former Secret Service Agent to temporarily leave his position and serve as the White House deputy chief of staff. Despite all his positions and the temporary relief from the positions, the article also says that Ornato was assisted in the planning of many of Trump’s campaign rallies.

Earlier in the reign of President Donald Trump, Ornato held a position in the White House and he used to manage the responsibilities related to overall administration, security, technology, support structure, and the day-to-day management of the White House Complex. He also used to manage the departments related to the Presidential facilities, presidential schedule, travel operations, and the executive office of the President, according to the bio given on the website.

In total, the organization that was working under the security of Ornato included 5,000 employees with $800M as the budget in the unclassified category. According to the biography on the website, it says that he was held the position of Deputy Chief of Staff for Operations, where he had the authority over the budget, informational technology – IT, facility management of the Executive Office of the President, human resources, the White House Communications Agency, Presidential Continuity, Plants, Requirements, and the Presidential Marine Helicopter Squadron (Marine One).

Anthony ‘Tony’ Ornato is the subject of suspense and so is his family in the matter of the 6th January Capitol Attack. His private life is seeking the public’s attention because of his prime attachment to the attack. Although no newspaper and no source claims that he is having a wife and children, we assume that he is married and happily enjoying his extended family with children and in-laws.

Ornato’s name came in the news after Cassidy Hutchinson (one of the former aides who worked under the White House Chief of Staff Mark Meadows) testified in her statement on 28th June 2022 that President Trump demanded that Secret Service agents drive him to the Capitol to join protesters and when they did not do that he lunged to an agent and tried grabbing the wheel of SUV in which they were present. Cassidy said in her allegations that Ornato told her this story during that time. However, Fox News reported that on the day of 29th June, Ornato refused to be connected with this story and said that he did not make any story in front of her. According to the publications of the Fox News Channel, Ornato was shocked, seeking the information and hearing that he told this story to Cassidy.