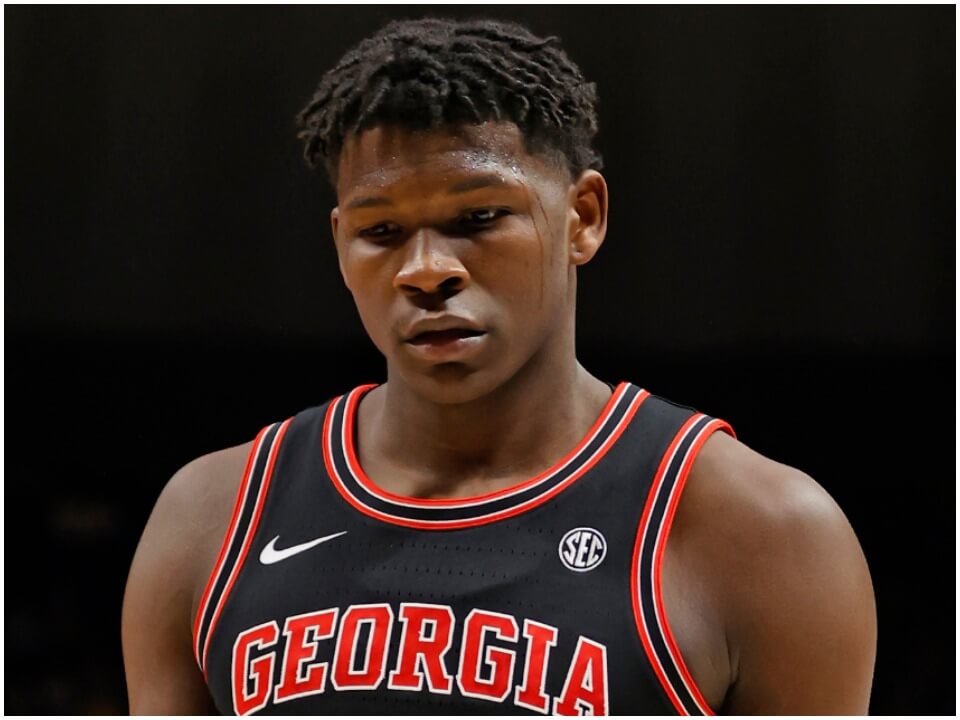 Anthony Edwards is an American rookie professional basketball player. He joined the Minnesota Timberwolves of the NBA. He made history by joining NBA greats like LeBron James and Kevin Durant, when he delivered a notable and historic performance against Memphis Grizzlies on May 6, 2021.

Anthony Edwards was born on August 5, 2001, in Atlanta, Georgia. In his childhood, he mostly played football at the running back, quarterback, and cornerback positions. He also played youth football for the Atlanta Vikings. And by the age of 10, he became one of the best Pop Warner running backs in the country. Later, he switched to Basketball after watching his brothers play and thought it looked more fun. When he was in eighth grade, Edwards’ mother, Yvette, and grandmother, Shirley, both died from cancer in 2015.

His brother Antoine and sister Antoinette, shared legal custody over him and practically raised him. Edwards played various sports as his hobby, like tennis, swimming, golf, hockey, and “trash can ball”. In high school, Edwards worked as an instructor at a few youth camps. He attended Therrell High School in Atlanta, where he also started playing high school basketball. In order to improve, he transferred to Holy Spirit Preparatory School in Atlanta, in 2017. He intended to major in Marketing while attending the University of Georgia.

He trained under the guidance of Justin Holland, a former college basketball player for Liberty. In his senior year, he scored 27 points in the Georgia Independent School Association Class AAA state championship, after which he garnered USA Today All-USA first team and MaxPreps All-American fourth team recognition. By then his average was 29 points, 9 rebounds, and 2 assists per game. He was rated a five-star recruit by major recruiting agencies.

On February 11, 2019, he started playing college basketball for Georgia. It was to coach under Tom Cream, who coached his favorite players Dwyane Wade and Victor Oladipo. In his debut, he scored 24 points, nine rebounds, and 4 steals. He also became the most scoring Georgia freshman debutant since Dominique Wilkins in 1979. On November 26, he scored a season-high 37 points, again creating a record by becoming the first Georgian freshman to score at least 37 points in a game since Jacky Dorsey in 1975.

He was the top scorer on his team and among freshmen nationally. Edwards also earned SEC Freshman of the Year honors. He was also the freshman of the week four times that season. Edwards was the finalist for the Jerry West Award, which recognizes the best collegiate shooting guard.

After his freshman season, Edwards declared for the NBA draft in 2020. And soon was selected as the No. 1 overall pick by the Minnesota Timberwolves. On December 3, 2020, he debuted with 15 points, 4 rebounds, and 4 assists, against the Detroit Pistons. He became the third-youngest player to score 40+ points in NBA history when he scored a career-high 42 points in a game against the Phoenix Suns.

‘Ant-Man’ is living a single life. He looks like he is focusing on his professional life rather than his personal life, being the top player now.  Being so young, he does have a lot of time to find someone lovely. But as of now, he is happy with his two dogs.

In 2020, Edwards signed a contract with the Minnesota Timberwolves that gives him a massive salary of $44 Million for 4 years. He also signed an endorsement with Adidas and is the only rookie besides LaMelo Ball to get that, again breaking a record. But details about his net worth are still unknown.